Three photos of a flooded stadium are circulating in social media posts claiming to show shabby reconstruction work carried out at the Lekan Salami Sports Complex in Nigeria’s southern Oyo state. However, the claim is false: the photos were taken in 2007 during floods in Sheffield in the United Kingdom.

The images appear in several social media posts, including this one on Facebook by a page called Buharist Reporters with nearly 250,000 followers. The page aims to highlight the “success of President Buhari’s administration”, according to its description.

“Photo news: The one and only Aquatic Stadium in Nigeria reconstructed by Oyo State government led by a PDP Governor,  Gov. Seyi Makinde,” reads the post’s caption. Seyi Makinde is the governor of Oyo state, in southwestern Nigeria, under the country’s main opposition political party, the People’s Democratic Party (PDP). 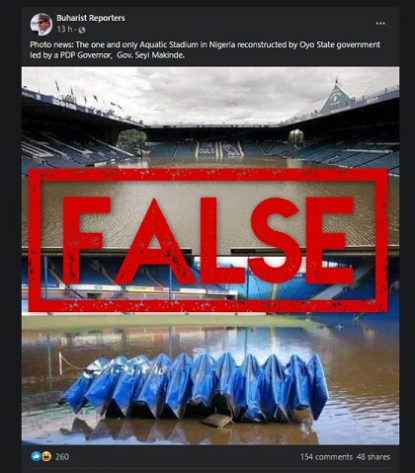 The photos have been also shared more than 200 times in another post on the social network, alongside the same claim. 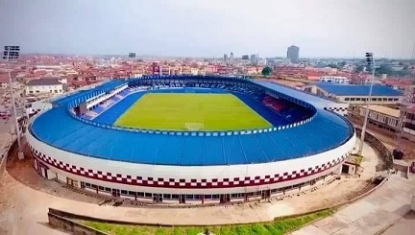 But the images circulating online were not taken at the new sports stadium.

A downpour flooded the football pitch during one of the friendly matches played on inauguration day at 6:30 pm local time, according to both local media and weather logs. 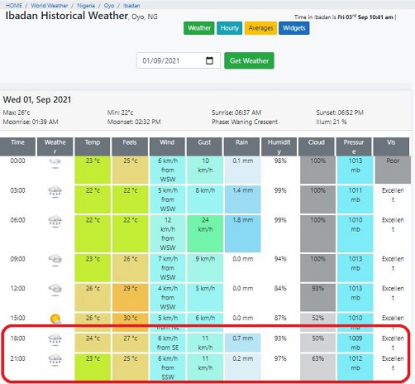 Screenshot taken on September 3, 2021, showing the weather history in Ibadan

However, the photos circulating online are old and unrelated to the newly remodeled stadium in Nigeria.

A reverse image search on Yandex led to a photo story on Owlstalk, a UK-based news website known for promoting the activity of Sheffield Wednesday Football Club. The story features several images of a flooded stadium, including the three images on social media.

“When Sheffield Wednesday's Hillsborough ground got flooded,” reads the headline of the story published on January 1, 2017 -- more than two years before Governor Makinde came into power.

At the time, the BBC covered the stadium's flooding, and UK tabloid The Daily Mail ran an article about the incident featuring two of the images later used in the misleading social media posts. 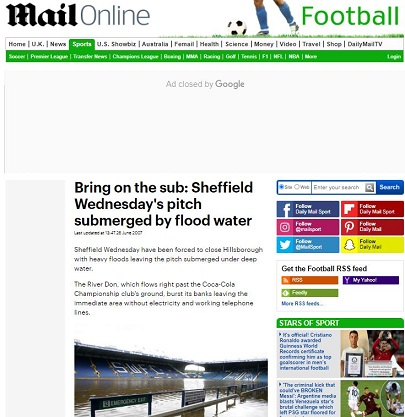 AFP photojournalist Paul Ellis, who documented the 2007 floods in Sheffield, reported that hundreds of people in northern England were evacuated from their homes after the torrential rain led to an increase in the level of river water across South Yorkshire. 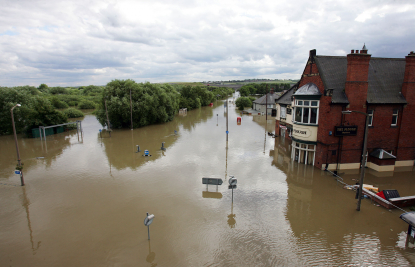 The Plough, a public house in the Catcliffe area of Sheffield, was submerged in floodwaters ( AFP / Paul ELLIS)

Misleading social media posts using images from other countries to depict bad situations in Nigeria is not uncommon. AFP Fact Check has previously debunked several such claims, including one using an image of a damaged flyover bridge in India.