Several accounts on Facebook and Twitter have shared an image of a congratulatory banner that credits Indian Prime Minister Narendra Modi for champion weightlifter Saikhom Mirabai Chanu's silver medal win at the Tokyo Olympics. However, the image has been doctored. The real banner does not thank Modi for Chanu's win.

"Great! Look at the banner behind and read what is written," reads a Facebook post from July 30. It was shared in a group with more than 60,000 members.

"Was the medal attained by Mirabai Chanu through her hard work or was it given to her by Modi Ji? If the latter is the case, why doesn't Modi ji give medals to the whole team?" 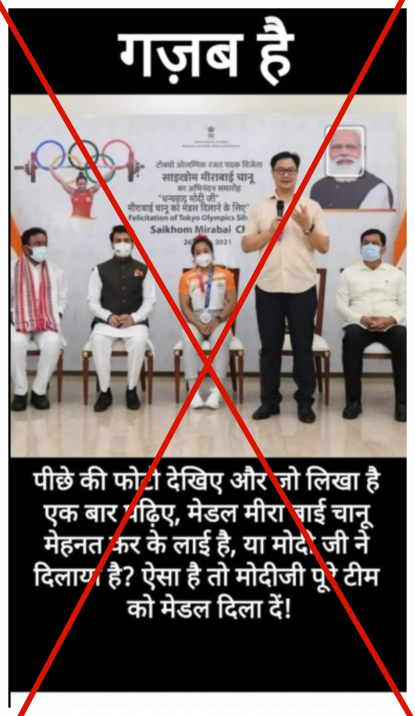 Screenshot of the altered image viral on Facebook, taken on August 11, 2021

Chanu won a silver medal in the women's 49kg weightlifting competition on the opening day of the Tokyo Olympics.

A reverse image search on TinEye led to this press release by India's Ministry of Youth Affairs and Sports which contains the original photo.

In that photo, the banner behind the athlete does not say, "Thank you Modi ji, for Mirabai Chanu's medal win" -- that has been added in. 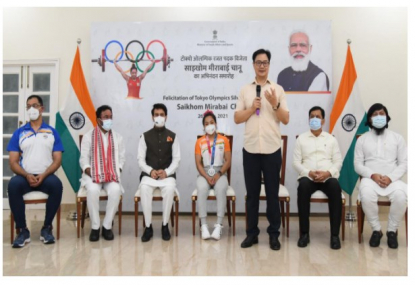 Screenshot of the original photo included in the press release, taken on August 12, 2021

More photos from Chanu's congratulation ceremony, that include the original banner, were tweeted here by the official account of the government's Press Information Bureau.

The photos of the banner can also be seen in news reports here and here.

Below is a comparison between the image with the morphed banner that is being widely shared on Facebook, and the original photo included in the press release. 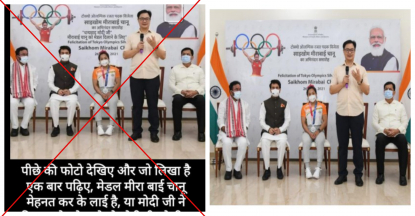