A photograph of a Japanese newspaper has been shared hundreds of times in multiple social media posts, alongside a claim that it shows the paper calling the country's gymnast and Olympic champion Daiki Hashimoto a "national shame". But the claim is false: the image has been doctored. The main front-page story of the Japanese newspaper actually reported the country's table tennis athletes won a gold medal at the Tokyo Olympics.

The image has been shared more than 200 times since it was posted here on Facebook on July 31, 2021.

It purports to show a Japanese-language newspaper with a main headline that reads: "Gymnastics: Daiki Hashimoto gold; received high score despite making a mistake at gymnastics vault. JAPAN'S NATIONAL SAME".

The post's caption, written in simplified Chinese characters, reads: "Speechless (Even Japanese newspaper said getting a gold medal like this is a national shame)." 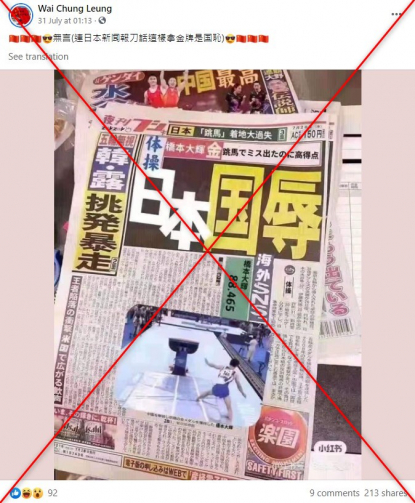 The claim, however, is false: the photograph of the newspaper has been doctored.

Below is a screenshot of Yukan Fuji's front page: 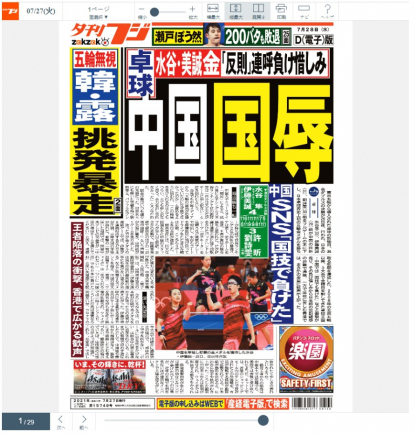 The report reads in part: "China was shocked as they lost in its 'national sport'. They did not accept the defeat and instead began to suspect foul play by the Japanese team and blame it on them. On the other hand, Hong Kong, which is suffering from tyranny, cheered for the unexpected victory [of Japan]."

In the misleading posts, the front-page report had been digitally altered to add the reference to Hashimoto into the headline and to insert his photograph.

The original photograph of Hashimoto was posted here on the Instagram account of Chinese state-owned broadcaster CCTV on July 29, 2021. 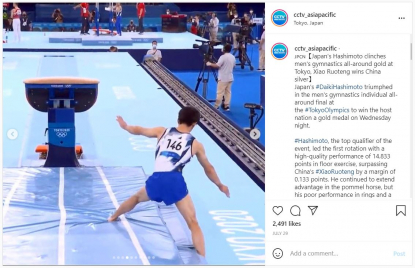 Below is a screenshot comparison of the doctored photo (L) and the digital version of the newspaper Yukan Fuji (R): 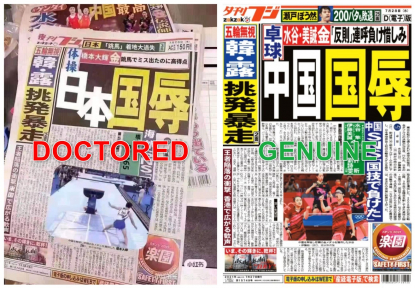