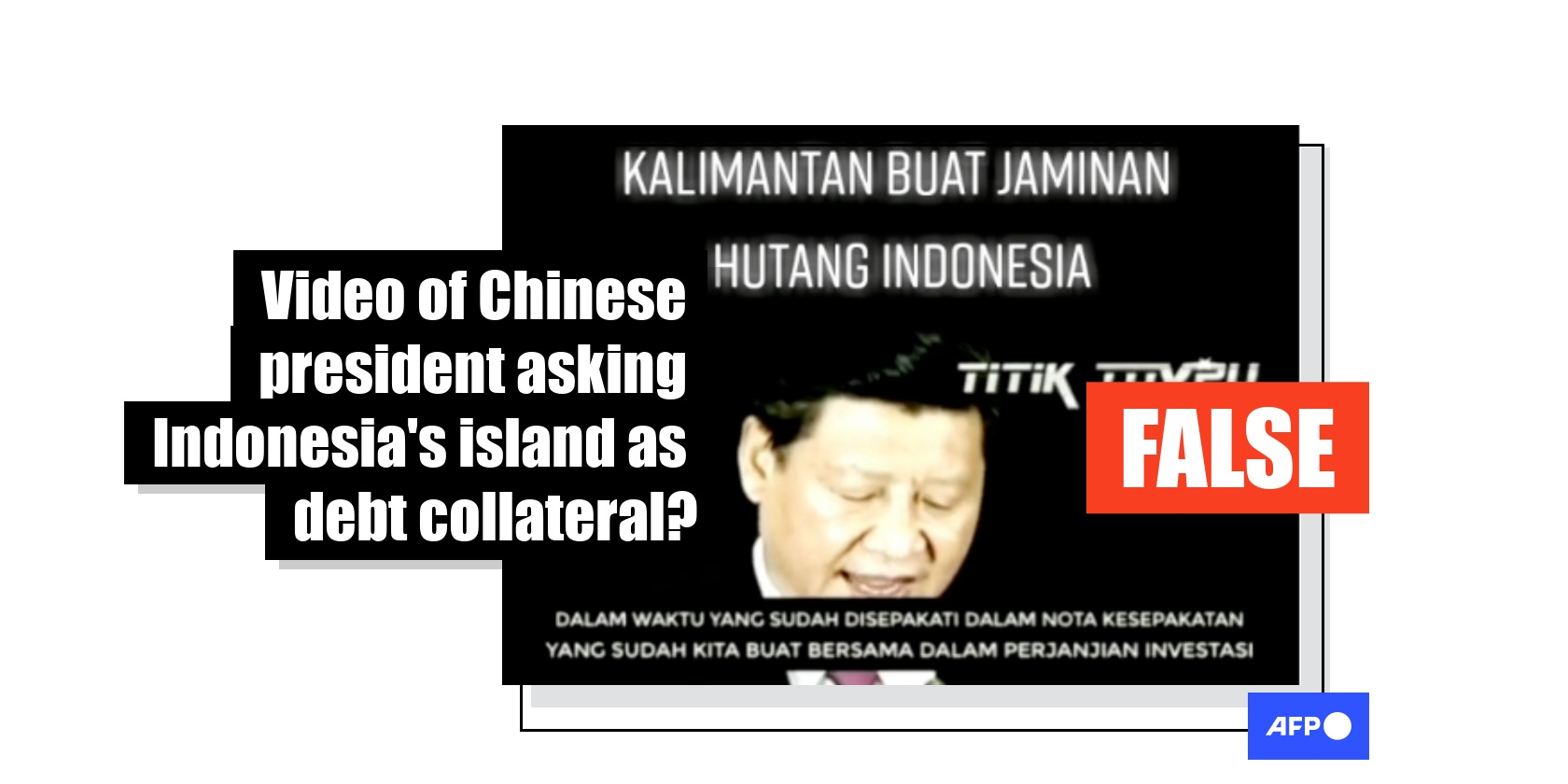 A video of Chinese President Xi Jinping giving a speech has been viewed hundreds of thousands of times on TikTok, Facebook and YouTube, with a claim that it shows Xi is demanding Indonesia's Kalimantan region as a "debt collateral". The claim is false: the Indonesian subtitles in the video do not match Xi’s actual speech. The video in fact shows Xi speaking at the Indonesian parliament in 2013; the Chinese leader did not mention about Kalimantan nor any debt collateral in his speech.

The video shows Chinese President Xi Jinping giving a speech in Mandarin, with Indonesian-language subtitles that read: "In this visit, I want to ask President Jokowi Dodo to pay his country's debt to China",  referring to Indonesian President Joko Widodo, popularly known as Jokowi.

The subtitles then read: "In an agreed timeline in the memorandum of agreement that we have made together in the investment contract

"China to Indonesia in Jokowi Dodo's victory in the last election and infrastructure building capital. If not, then we in the name of the Chinese government's authority will seize Kalimantan island as the debt collateral to the Chinese government. We will not hesitate to use force in this matter!!!"

The post's caption and the superimposed text on the clip read: "Hoax or fact??? China wants to take over Kalimantan island as Indonesia's debt collateral." 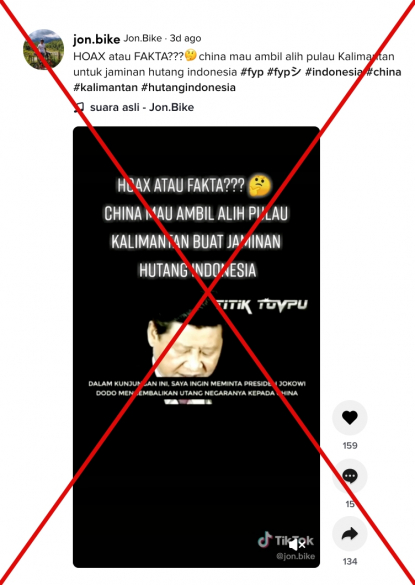 Kalimantan refers to the Indonesian-controlled parts of Borneo island; the rest of the island belong to Malaysia and Brunei Darussalam.

China is the second biggest foreign investor in Indonesia.

Indonesia's debt to China stands at around $21.47 billion, according to the latest data published by Bank Indonesia, the Indonesian central bank, and the Indonesian Ministry of Finance, making China the fourth largest holder of Indonesia's foreign debts.

The misleading video corresponds to the CGTN video from the 21:44 mark, where Xi says: "President Susilo and I have jointly announced our decision to upgrade our bilateral relations to a comprehensive strategic partnership, with a view to building on past achievements and bringing about all-round and in-depth growth of our relationship."

President Susilo Bambang Yudhoyono was in office from 2004 to 2014.

The subtitles in the misleading video do not match Xi's actual speech.

The full transcript of Xi's speech, published by China Daily, the state-owned English newspaper, here, shows he did not mention any debt collateral nor Kalimantan.

Below are screenshot comparisons between the misleading clip (L) and the CGTN video (R): 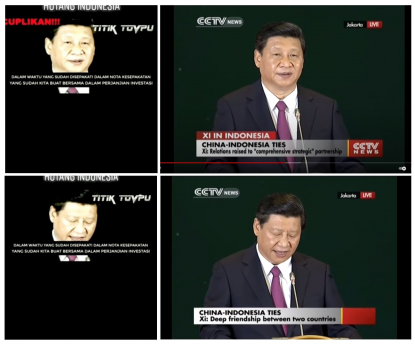 Xi's speech to the Indonesian's parliament in 2013 was also reported by Indonesian media outlets, such as Kompas and Detik.com.