This image shared after deadly floods in Europe has been doctored

As deadly flooding wreaked havoc in Germany and other parts of western Europe, an image circulated on social media purporting to show a submerged car with a sticker insulting climate activist Greta Thunberg. However, the image has been manipulated; the original photo does not show any stickers displayed in the rear of the vehicle.

The tweet purports to show a car submerged in water with a sticker in the window that reads: "Fuck you Greta". 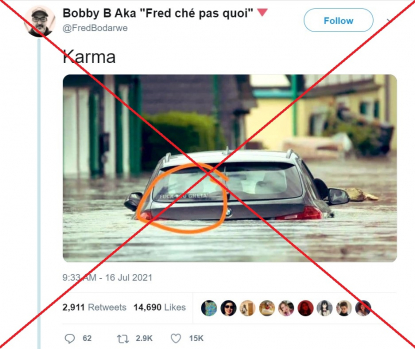 The image was shared thousands of times on social media in various languages, including English, Spanish and Portuguese.

The image surfaced online following devastating floods in Germany, where at least 165 people were confirmed dead on July 19.

Heavy rainfall has battered the south of the country, as well as Belgium, Switzerland, Luxembourg, the Netherlands and Austria.

A reverse image search on Google found the same image on various websites, but without the sticker in the rear window of the car. 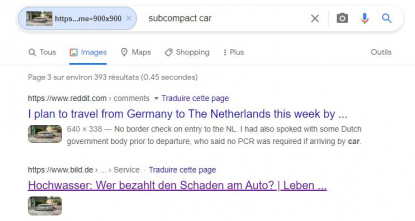 A screenshot of the Google reverse image search as of July 18, 2021.

The original photo was taken by photographer David Young.

It can be found on the website for the German newspaper Bild.

The photo appeared in an article published on July 16, 2021 advising drivers on seeking compensation if their vehicle was damaged by the flooding. 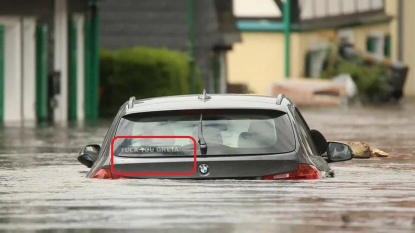 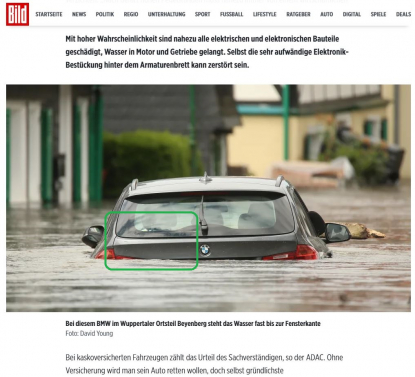 In 2019, Sputnik News published several photos showing the message on cars in Germany.

AFP has previously debunked a string of false claims targeting the activist online.