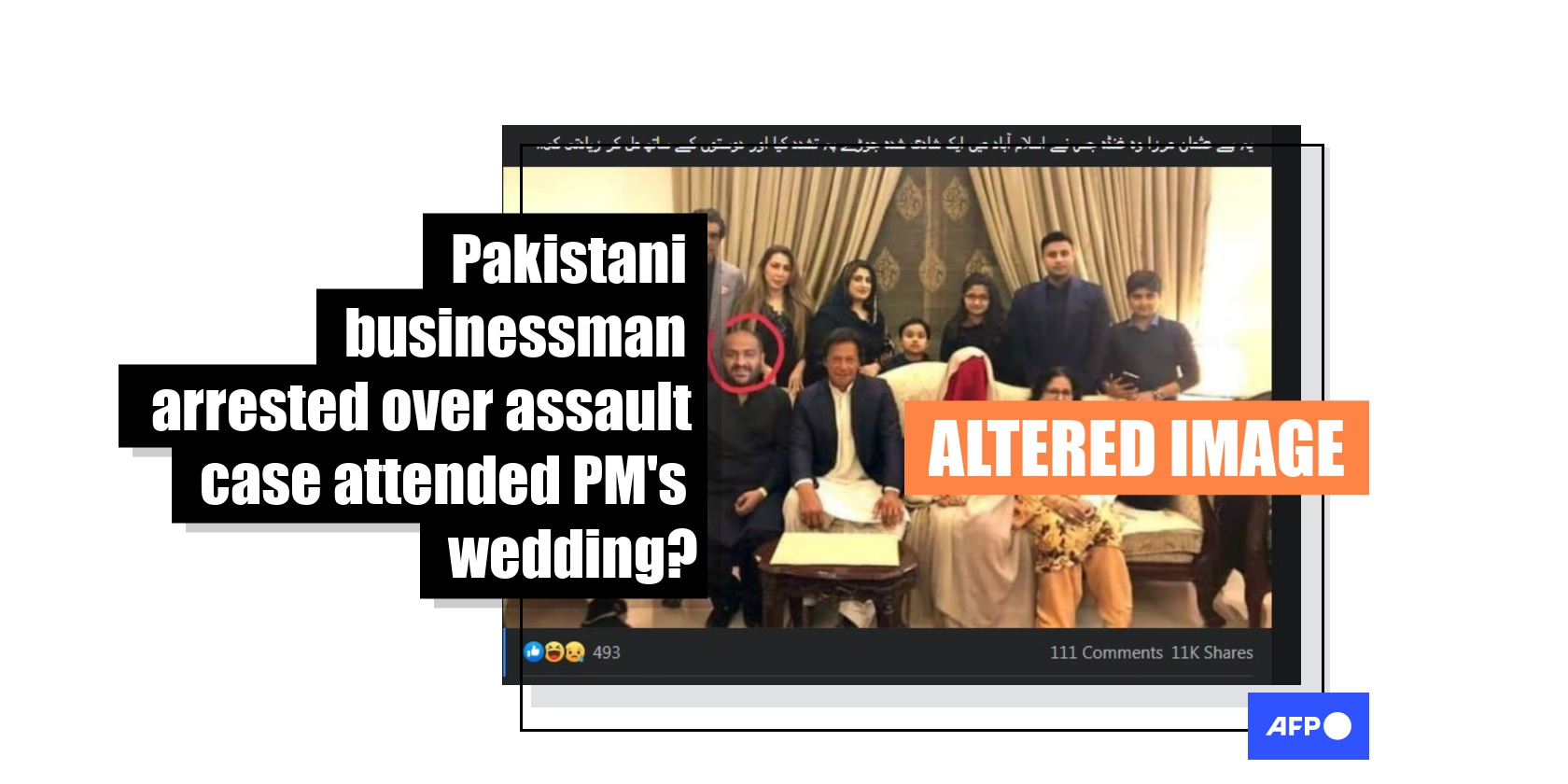 
An image circulating on Facebook and Twitter purports to show Pakistan's Prime Minister Imran Khan at his wedding in 2018 pictured sitting next to a Pakistani businessman arrested over an alleged assault. The image, however, has been doctored to include the arrested man's face.

"This is Usman Mirza, the same goon who beat up a couple in Islamabad and raped them along with his friends," reads the caption in a Facebook post published on July 13, 2021.

The man to Khan's left, whose face has been circled in red, appears to be Usman Mirza, a businessman accused of harassing and beating a couple in Islamabad.

The ordeal was filmed and shared online in a viral video that has sparked outrage in Pakistan.

Islamabad police said on July 7 they had arrested Mirza. 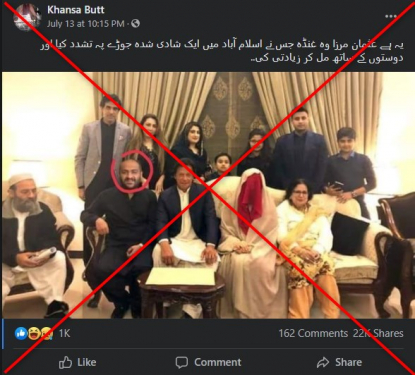 The image, however, has been doctored to include Mirza's face.

The man sitting to Khan's left is in fact an aide, Sayed Z Bukhari, not Usman Mirza.

Below is a screenshot comparison of the original image (L) and the doctored image (R):