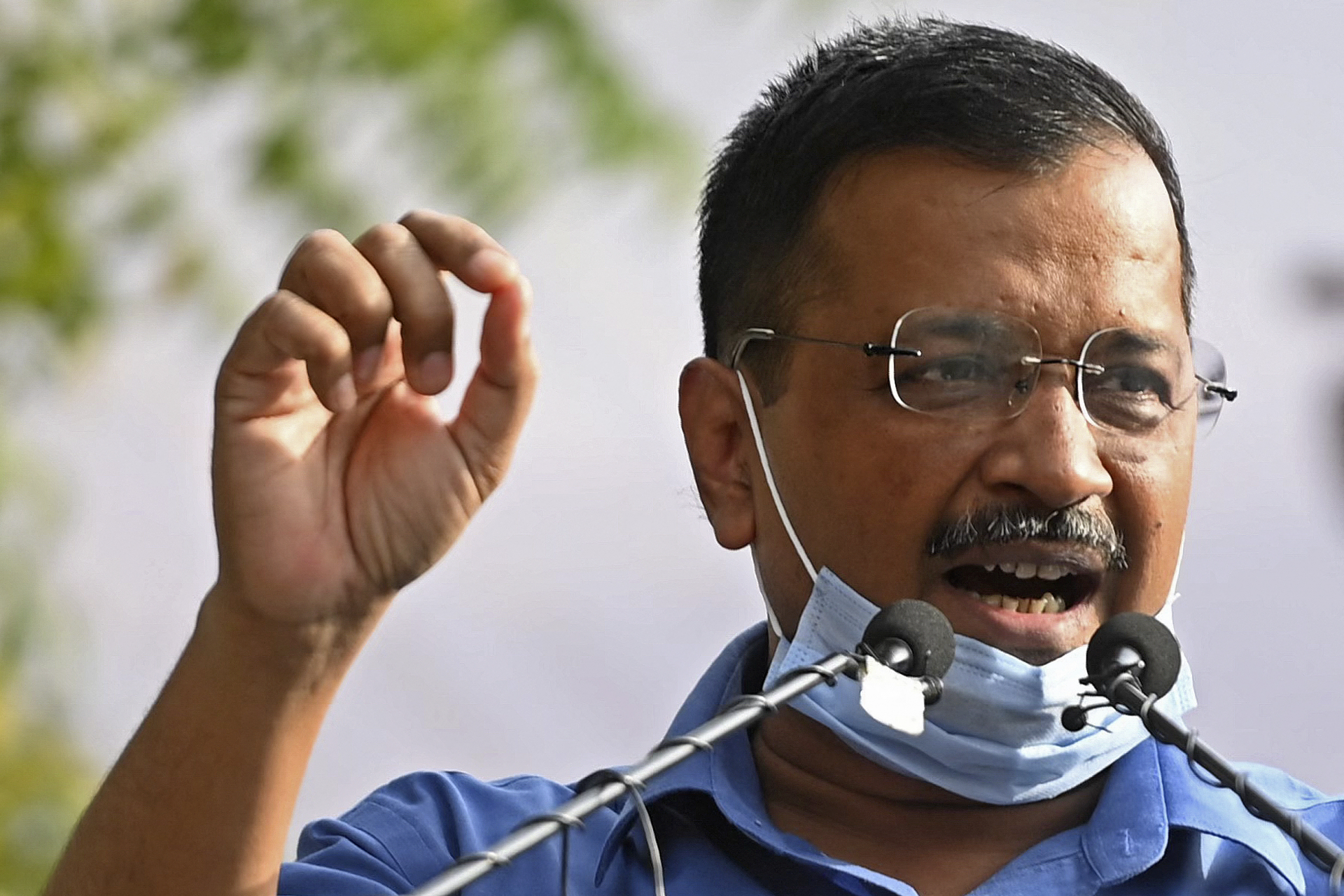 Politicians from India's ruling Bharatiya Janata Party (BJP) have shared photos they claim show various crises under the rule of Delhi's chief minister and opposition politician Arvind Kejriwal. The claim is misleading: most of the images were taken before Arvind was elected as Delhi's chief minister, or do not show events in Delhi.

"Kejriwal's development model!" reads a tweet from July 13 by Adesh Gupta, a BJP politician and head of the party's Delhi unit. 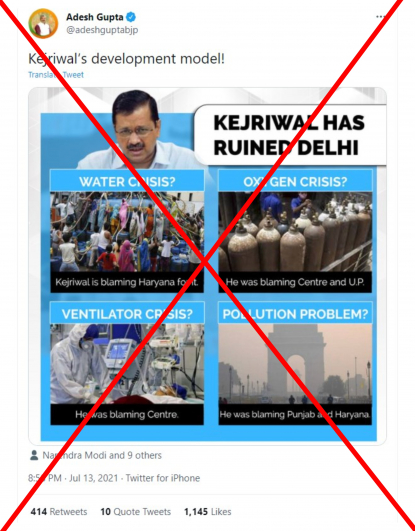 The first photo of a crowd of people scrambling for water was taken before Kejriwal took office.

A reverse image search on TinEye shows the picture was taken in 2009 in New Delhi.

It was captured by photographer Adnan Abidi for Reuters news agency. It can be found on the agency's website here.

The photo's caption reads, "Residents of Sanjay Colony, a residential neighbourhood, crowd around a water tanker provided by the state-run Delhi Jal (water) Board to fill their containers in New Delhi June 30, 2009. Delhi Chief Minister Sheila Dikshit has given directives to tackle the burgeoning water crisis caused by uneven distribution of water in the city according to local media. The board is responsible for supplying water in the capital."

Below is a comparison of the photo used in the misleading post (L) and the photo on Reuters' website (R):

Kejriwal's Aam Admi Party was formed in October 2012, years after the photo was taken.

This photo has previously been shared in a misleading context. AFP debunked posts claiming the photo shows Delhi's water crisis in July 2021.

The second photo of oxygen tanks was taken in the city of Prayagraj in India's northern state of Uttar Pradesh.

A reverse image search on TinEye found the photo was taken by Indian news agency Press Trust of India (PTI).

It can be found here on the agency's website.

The photo was also used in this article by The Indian Express about the shortage of oxygen in India during the second Covid-19 wave in spring 2021.

The photo's caption reads: "Several states are facing acute oxygen shortage owing to the rising Covid-19 cases. In pic, workers unload oxygen cylinders from a truck at a hospital in Prayagraj. (PTI Photo)."

The third photo, which shows a hospital, was taken in Iran, not India.

A reverse image search on TinEye shows that the photo was taken in Tehran, Iran.

It was captured by photographer Ali Shirband on March 1, 2020 for news agency Associated Press.

The photo's caption reads: "In this Sunday, March 1, 2020 photo, a medic treats a patient infected with coronavirus, at a hospital in Tehran, Iran. A member of a council that advises Iran's supreme leader died Monday after falling sick from the new coronavirus, becoming the first top official to succumb to the illness striking both citizens and leaders of the Islamic Republic."

Below is a comparison between the photo shared in the misleading post (L) and the photo on AP's website (R):

The photo was also used in a news article about Iran's Covid-19 crisis here.

The final photo showing pollution was genuinely taken in Delhi when Kejriwal was in power.

A reverse image search on TinEye shows that the photo was taken in October, 2018 by AFP photographer Dominique Faget.

The photo was also used in this news report by AFP about Delhi's air pollution.