An Indian sportsman has shared a photo on Facebook and Twitter of a medal purportedly inscribed with the word "volunteer" in various languages, including Hindi. The image, which was also shared by other Facebook users, was posted alongside a claim it would be handed to volunteers at the Tokyo Olympics. The claim is false: a Tokyo 2020 spokesman said it had not issued the medal. The Games' official website makes no mention of medals in a list of items given to volunteers.

The photo was posted on Facebook and Twitter on June 28, 2021 by Surendra Poonia, an athlete and army veteran who joined India's ruling Bharatiya Janata Party in 2019.

"The volunteer medal to be given in the Tokyo Olympics will have the word 'volunteer' written in Hindi as well. Long live India," the Facebook post's Hindi-language caption reads.

The photo purports to show a medal inscribed with the word "volunteer" in various languages, including Hindi. 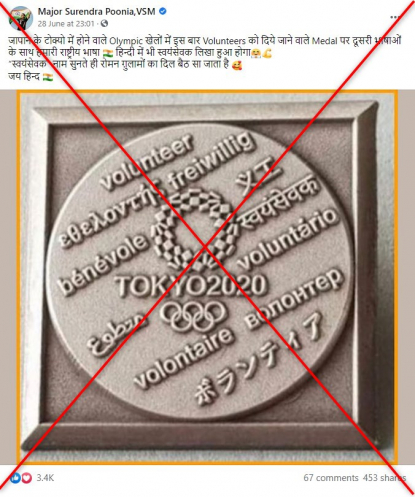 Tokyo 2020 is set to kick off on July 23, 2021 after the pandemic forced organisers to postpone the Games.

It will be the first to see athletes compete in front of largely empty stadiums after the city announced a virus state of emergency.

The photo was also shared by other social media users, including here and here on Facebook. Some lauded the medal as a "big achievement for India".

The Tokyo Olympics said it had not issued the purported medal.

“Tokyo 2020 denies any involvement with this item, or any stage of its design, manufacture, promotion, or distribution,” a spokesman told AFP.

Tokyo 2020's official website does not include any medal in a list of items given to volunteers.

A reverse image and keyword search on Google found a similar medal available on eBay. 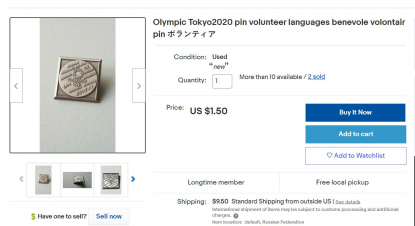