Old footage shows supporters of Nigerian separatist Kanu Nnamdi at the Vatican, not the White House

Images of  protesting Nigerian separatists have been shared multiple times on Facebook alongside claims that they show a rally at the White House on July 2, 2021. The posts surfaced days after the arrest of Nnamdi Kanu, the leader of the Indigenous People of Biafra (IPOB) group, which supports the secession of the south-east of Nigeria. But the claim is false. AFP Fact Check traced the photos, which are video screenshots, to a Biafran demonstration in Vatican City in 2019.

“Happening now! At the White House right now in the USA ! Biafrans protest in thousands,” reads the caption of a Facebook post shared alongside two images showing people holding up Biafran flags. The post was published on July 2, 2019 -- a few days after Biafran leader Nnamdi Kanu was arrested and repatriated to Nigeria. 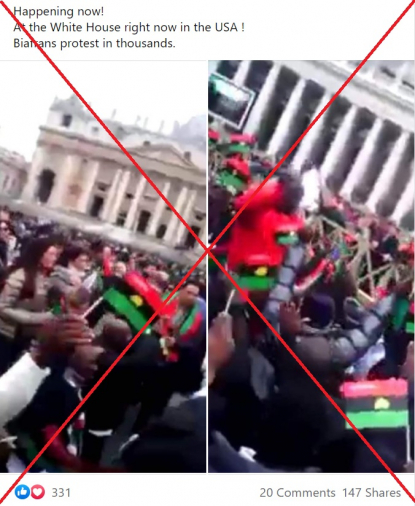 A screenshot taken on July 7, 2021, showing the false post

While comments showed that many Facebook users believed the post to be true, some said the photos were from a protest in Vatican City.

A keyword search for videos of Biafran protests in the Vatican revealed multiple videos of the rally posted in 2019.

Videos here and here show the same scenes from the Facebook post. The captions indicate that the scenes were filmed at St. Peter's Square in Vatican City.

Nnamdi Kanu’s supporters, who are predominantly Catholics, are known to visit St. Peter’s Square from time to time to seek support for the cause to secede from the rest of Nigeria. In 2016, during the weekly Angelus address, where Pope Francis addresses crowds of pilgrims gathered in St. Peter's Square, he extended a word of welcome to the Kanu-led indigenous people of Biafra. The papal greeting prompted cheers as seen here.

AFP Fact Check compared the images in the Facebook post and a Google Maps shot of St. Peter’s Square and found clear similarities. 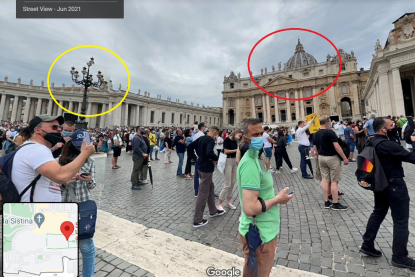 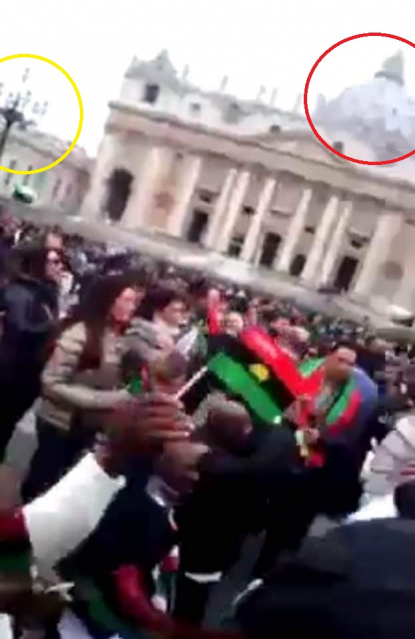 Screenshots showing similarities between the Facebook photos and a Google Maps depiction of St. Peter’s Square 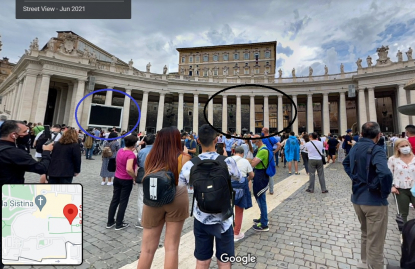 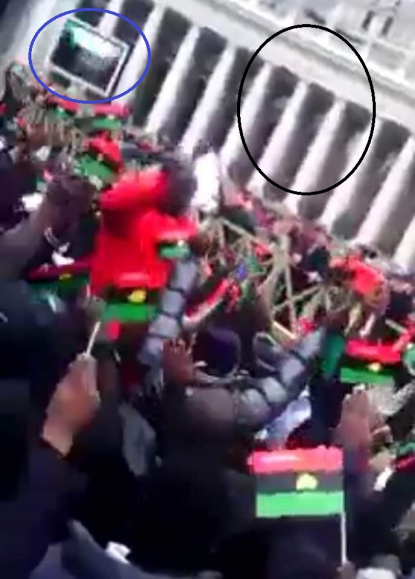 Screenshots showing similarities between the Facebook photos and a Google Maps depiction photo of St. Peter’s Square in the Vatican.

The analysis shows that the images were indeed taken at the Vatican, not at the White House.