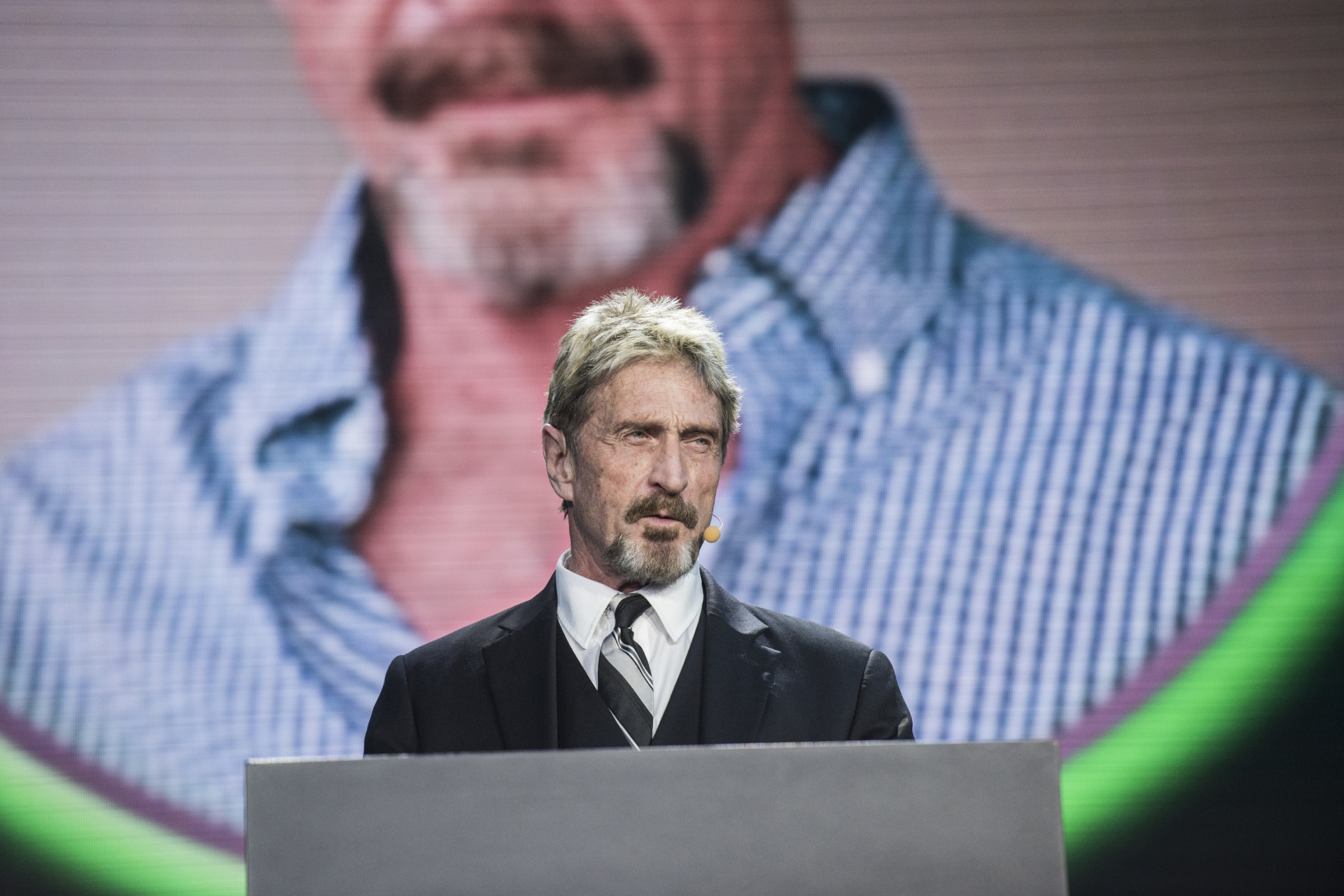 Multiple social media posts have shared a screenshot of a purported tweet from the late tech entrepreneur John McAfee that misleadingly links him to an apartment block collapse in the US state of Florida. But the tweet has been fabricated: as of July 2, 2021, it has not appeared in his Twitter timeline or in digital archives. Before his death, McAfee did not own an apartment in the collapsed Florida apartment building, a review of property records found.

The claim was shared by a New Zealand-based user here. 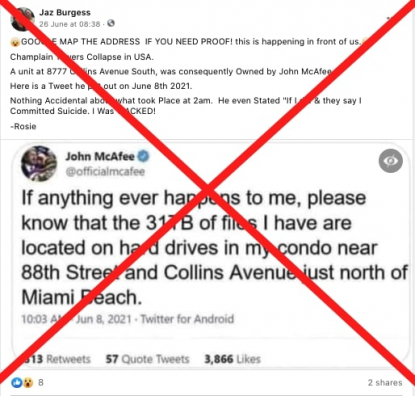 The screenshot shows a purported tweet from John McAfee, inventor of the anti-virus software McAfee.

It reads: “If anything ever happens to me, please know that the 31TB of files I have are located on hard drives in my condo near 88th Street and Collins Avenue just north of Miami Beach.”

AFP reported on June 24 that Spanish investigators were probing the apparent suicide of McAfee after he was found dead in his prison cell on June 23.

His death followed a court decision approving his extradition to the US on tax evasion charges.

The Facebook post's caption reads: “GOOGLE MAP THE ADDRESS IF YOU NEED PROOF!”

It goes on to claim that “[Unit] 8777 Collins Avenue South, was consequently Owned by John McAfee”.

This is a reference to an apartment building in Miami, Florida that partially collapsed on June 24, 2021. AFP reported on the tragedy here.

Similar claims were shared here, here and here alongside the image of McAfee's purported tweet. 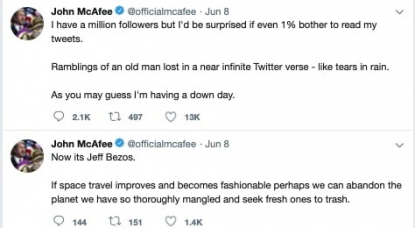 A screenshot of John Mcafee’s archived tweets made on June 8. Taken July 1, 2021.

Neither McAfee nor his wife Janice owned an apartment in the collapsed Florida condo block, a review of property records found.

Their names do not appear on the Miami-Dade county deed records or the public records for Champlain Towers South Condo on Collins Avenue.

Experts are looking at possible pre-existing critical flaws in the structure of the apartment tower, AFP reported here.

An October 2018 report released by city officials on June 25, 2021 revealed fears of "major structural damage" in the complex, from the concrete slab under the pool deck to the columns and beams in the parking garage.