A photo of a colourful plant has been shared hundreds of times in Facebook posts claiming it shows a rare “Mahameru” flower which purportedly blooms only once every 400 years. The claim is false; the image in fact shows a plant called Salvia ‘hot lips’, a popular garden plant which blooms every summer.

“Mahameru flower or Arya flower. Can be found in the Himalayan mountains. It blooms only every 400 years. If we are to see it again we would have to wait for another 400 years,” the Sinhala-language post reads.

Similar posts surfaced on Facebook in June 2021, as seen here and here. 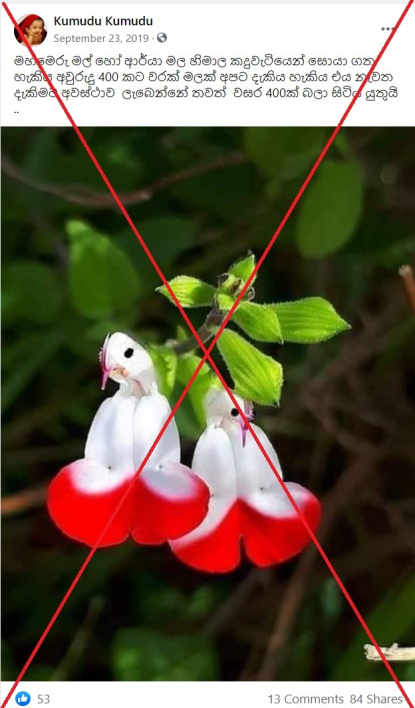 A reverse image search on Google led to a series of pages showing a plant variety named Salvia ‘hot lips’, including this 2014 article by British newspaper The Guardian titled ‘Plant of the week: Salvia 'Hot Lips'’. 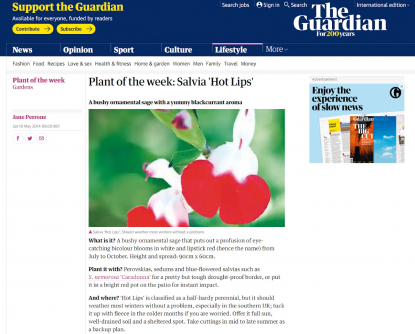 According to its description, the plant known as ‘salvia microphylla’ is a garden variety plant that thrives in sunlight and blooms from July to October. The name ‘hot lips’ comes from the flower’s white and lipstick red colour, it notes.

Botanists also said that the flower in the image is salvia ‘hot lips’.

“This is Salvia 'Hot Lips', a garden variety commonplace in the UK and it flowers every year,” he told AFP. “I am not so sure that 'Mahameru flower' actually exists!”