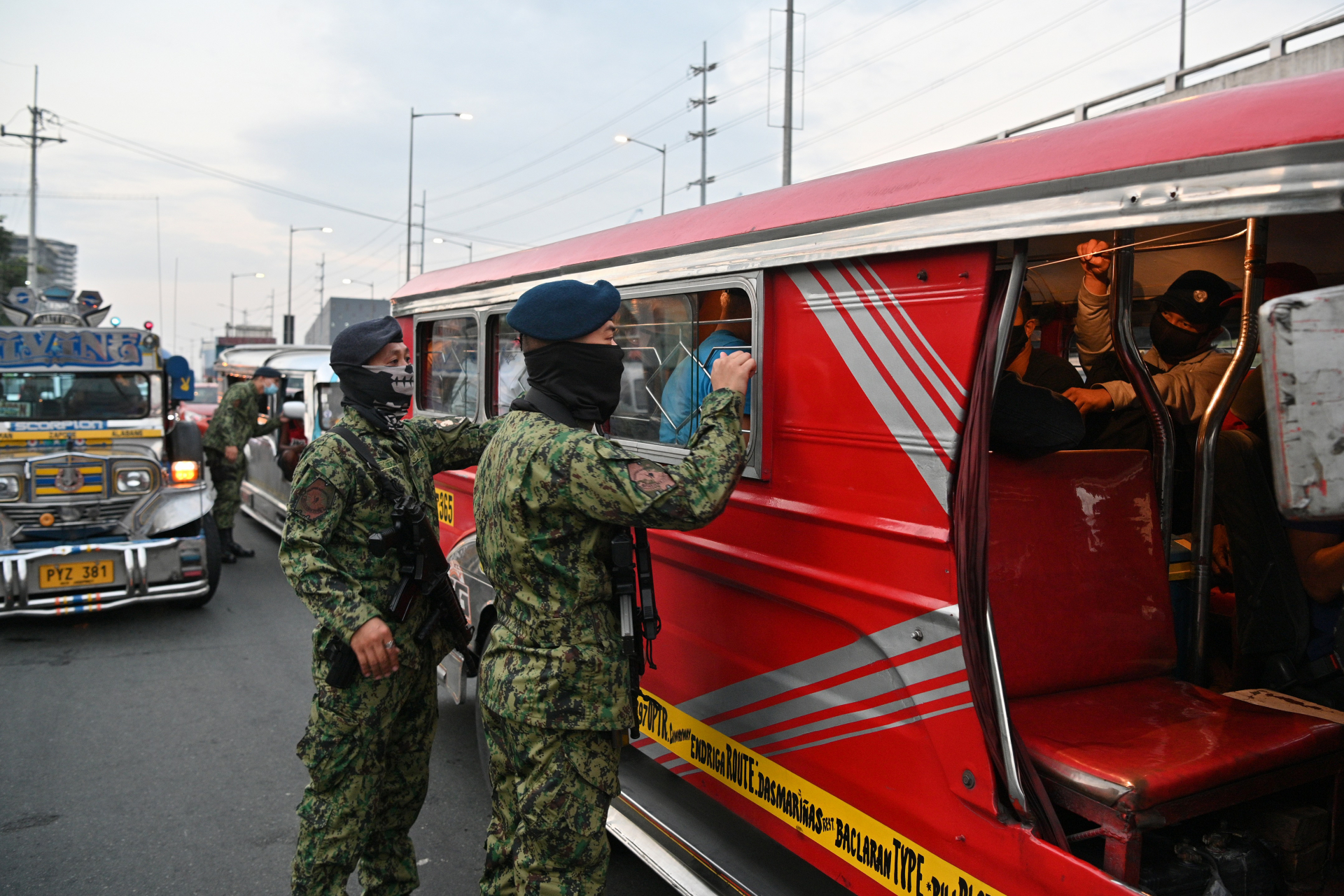 A Philippine policeman inspects identification of bus passengers at a checkpoint bordering nearby Cavite province and suburban Las Pinas in Manila on March 15, 2020, as the government steps up efforts to curb the spread of the new coronavirus. (AFP / Ted Aljibe)

An infographic has been shared hundreds of times on Facebook, Twitter and YouTube alongside a claim it shows that the 2020 novel coronavirus pandemic fits a pattern of viral outbreaks that occur every 100 years. The claim is false; the infographic contains inaccurate information about historical viral outbreaks and ignores other epidemics that do not fit the assumed pattern; health experts told AFP that while certain viruses are seasonal in nature, there is no basis for the claim that viral outbreaks occur once every century.

The infographic was published in this Facebook post on March 12, 2020. It has been shared more than 300 times. 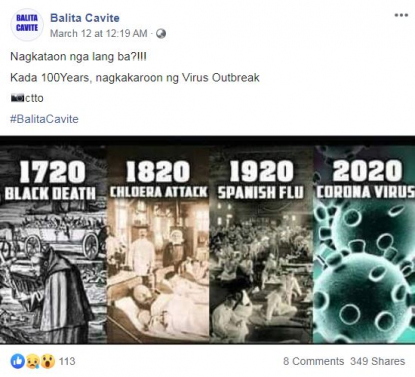 The post’s Tagalog-language caption translates to English as: "Just a coincidence?!!! / Every 100Years, there's a Virus Outbreak / ctto".

The novel coronavirus, COVID-19, was first detected in the Chinese city of Wuhan in late December 2019. The virus has killed more than 6,000 people and infected 163,930 worldwide, including sports stars, celebrities and world leaders, AFP reported here on March 16, 2020.

The same infographic purporting to show that COVID-19 fits a centenary pattern of global virus outbreaks was also shared on Facebook here and on Twitter here. A similar timeline and claim was shared on YouTube here.

The claim is false; the outbreaks listed in the infographic are inaccurately dated and falsely characterised.

The “Black Death,” for instance, first broke out between 1347 to 1351, some 400 years before the date indicated in the infographic, according to this report by the US National Human Genome Research Institute. That plague was also caused by bacteria, not a virus, the World Health Organization notes here.

Cholera pandemics, which have occurred six times between 1817 and 1923, were also caused by bacteria rather than a virus, according to this report in The Lancet, a peer-reviewed medical journal. A seventh and continuing cholera pandemic began in 1961.

This US Centers for Disease Control and Prevention page states that the “Spanish flu” pandemic occurred in 1918, two years earlier than the date in the infographic.

This AFP explainer lists seven other major epidemics that occurred in the past century -- including Ebola, SARS and AIDS -- which do not fit the supposed pattern described in the infographic.

Health experts also refuted the claim made alongside the infographic.

“No, there’s no pattern there,” Dr. Susan Mercado, special envoy to the Philippine President for global health initiatives, told AFP by phone on March 13, 2020. “But if you’re asking if some viruses are indeed seasonal, they are.”

A WHO spokesperson also told AFP in an email on March 12, 2020 that while “epidemics for certain diseases are cyclical,” the ongoing COVID-19 pandemic “is unpredictable, and that’s because the disease is new.”