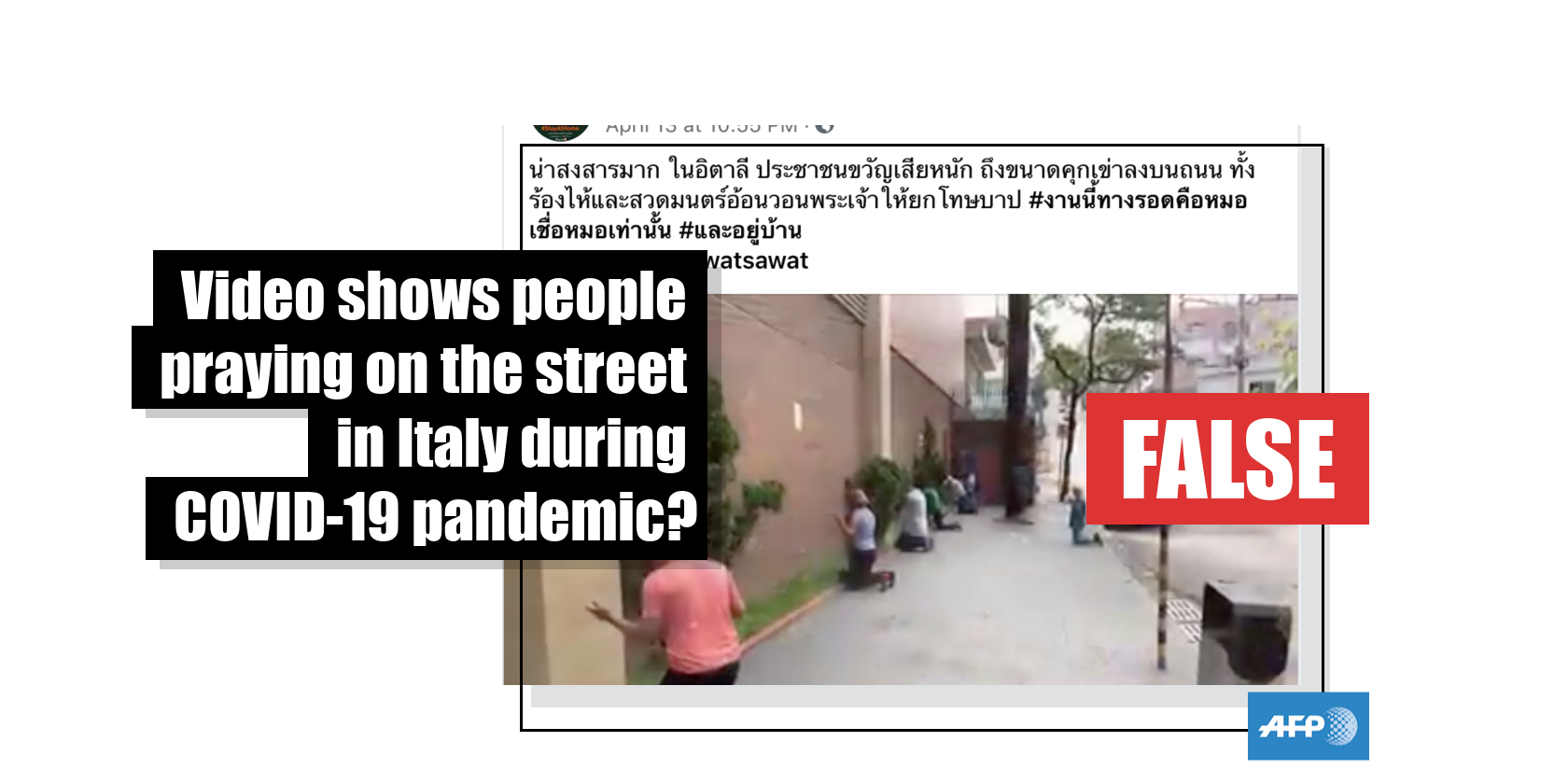 The three-minute 33-second video has been viewed 5,900 times and shared 339 times after it was published on Facebook here on April 13, 2020. A Portuguese gospel song “Because He Lives” by the singer Fernandinho can be heard playing in the background.

The post’s Thai-language caption translates to English as: “Poor them! In Italy, people are so frightened that they knelt down on the streets, both crying and praying for the god to forgive their sins #thistimebelievingindoctorsistheonlywaytosurvive #andstayhome” 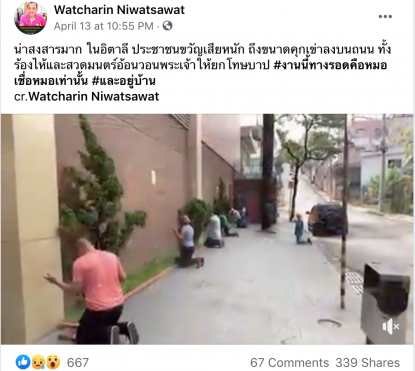 As of April 22, at least 24,648 people have died in Italy after contracting  COVID-19, World Health Organization figures show.

The video was also shared alongside a claim it was filmed in Italy on Facebook here, here, here and here.

The claim is false. A reverse image search using InVID-WeVerify, a digital verification tool, found the clip was filmed outside a church in Belo Horizonte, a major city in southeastern Brazil.

The footage was published by the church, the Templo dos Anjos, on their YouTube channel here on April 5, 2020. The video’s Portuguese caption translates to English as: “Praying for Brazil and nations in the time of Coronavirus - PR Jerônimo Silveira”. 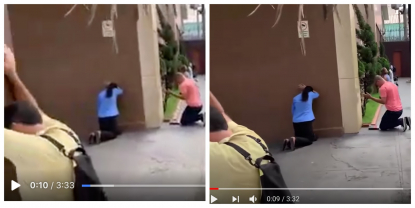 Google Street View imagery of the Templo dos Anjos in Belo Horizonte also corresponds to the footage shared in the misleading posts.

Below is a screenshot comparison of the video (L) and the Google Street View imagery of the church (R) with the same entrance sign circled in red:

Your Living Manna, a non-profit Christian ministry, also published the same video of people praying outside the church in Brazil on their YouTube channel here April 11, 2020.

The video was titled: “Because Jesus Lives, I Can Face Tomorrow || Prayers for COVID-19, Brazil”.

"This prayer was held as a part of the National Day of Prayer and Fasting which the President of Brazil Bolsonaro declared for April 5, 2020, to ‘free Brazil from this coronavirus pandemic’,” Bobby Samuel Ambanattu, the founder of Your Living Manna, told AFP by email on April 15, 2020.