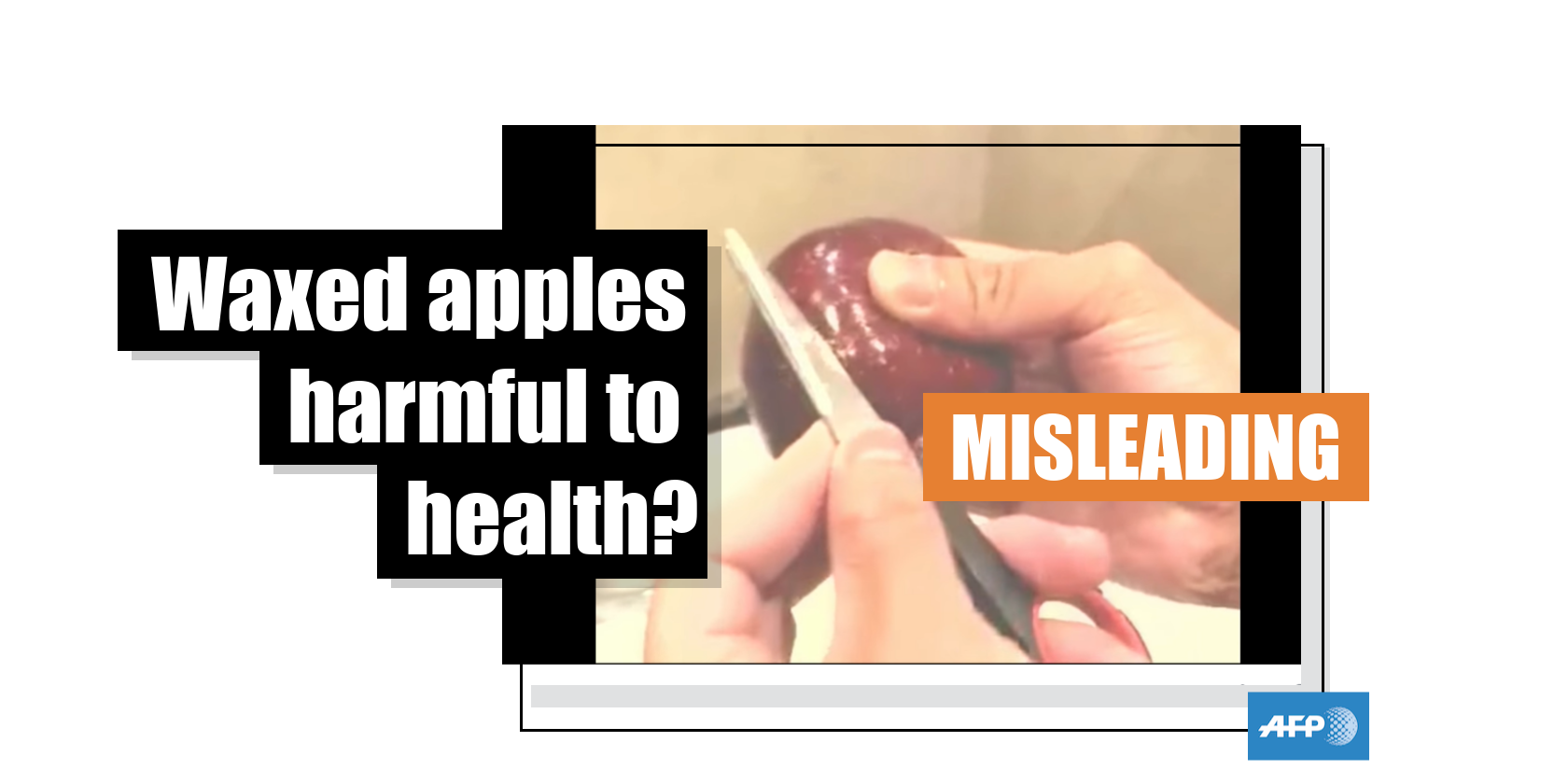 A video viewed millions of times on Facebook claims wax coating on fruits is harmful to health. The claim is misleading; health experts told AFP waxed fruits are generally safe to eat as long as the types and amount of food-grade wax used are in accordance with the standards set out by the United Nations.

The video, posted on Facebook here on October 10, 2019, has been viewed more than 7.6 million times.

The three-minute, eight-second clip shows an apple being washed and dried with a paper towel, before a pair of scissors are used to scrape off a white substance from its skin.

As the white substance is being burned, a Tagalog-language voice overlay is heard, which translates as: "If you smell this, when we smelled this, it smells like chemical and wax. So that means, the apple company really put something that's not good for health."

The Tagalog-language caption of the Facebook post translates to English as: “Caution with apples / WAX IN APPLES | To those who like to eat apples who eat even the skin not unlikely it could enter your body too so you should know all you need to do to not get into harm.” 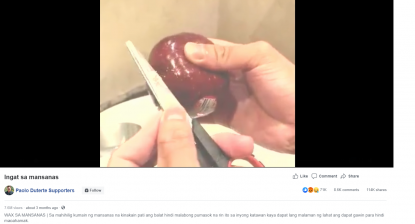 The Philippine Government’s Food and Drug Administration (FDA) and Bureau of Plant Industry (BPI) both told AFP the Philippines complies with the United Nations’ “General Standard for Food Additives”, which outlines the international standards for food additives, including wax coating on fruits.

Below is a screenshot of the part of the regulation which says wax coating may be used on the surface of fruit to "help to preserve the freshness and quality of the fruit”:

The FDA’s Director for Food Regulation and Research Pilar Marilyn Pagayunan said: “The use of food grade wax in fresh fruits is safe as long as the level of use prescribed by the Standard is not exceeded.

“The said Standard also provides the list of food additives, including food grade wax that can be used for surface-treated fresh fruits.”

The BPI confirmed with AFP the types of wax used for the surface treatment of apples include carnauba wax, candelilla wax and beeswax, all of which can be found in the UN’s list of permitted additives.

Hong Kong’s Centre for Food Safety also said fruits coated with “natural waxes” derived from insects and plants are “generally safe to eat”, according to this 2016 Food Safety Report.

“These waxes, as kinds of food additives, have been evaluated by the Joint FAO/WHO Expert Committee on Food Additives, an international food safety authority and are considered that their uses in foods are not of safety concern.”