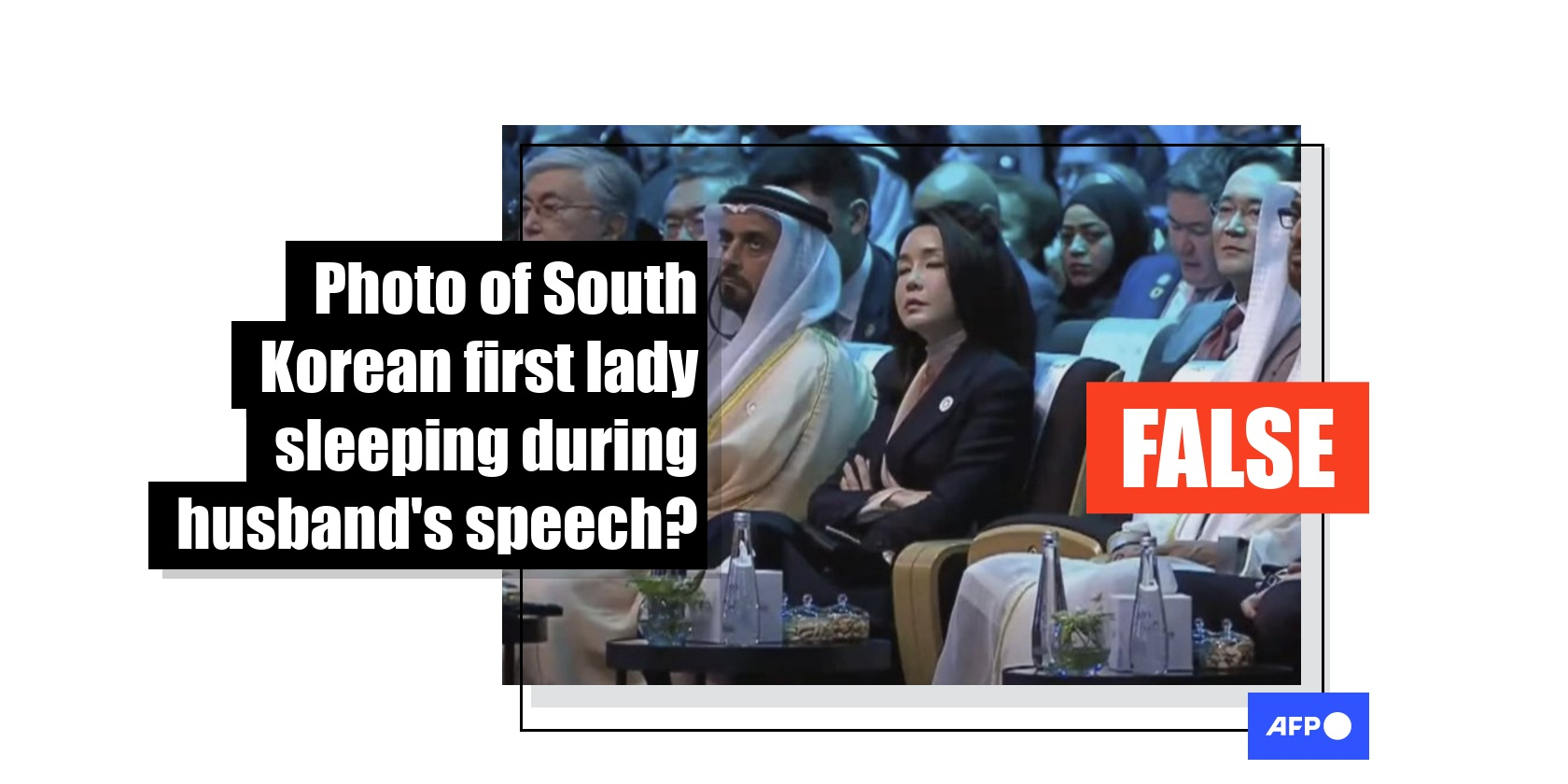 An image of South Korean First Lady Kim Keon-hee with her eyes closed has been shared hundreds of times in social media posts that falsely claim she fell asleep during a speech delivered by her husband in the United Arab Emirates. In fact, the image captured Kim blinking during President Yoon Suk-yeol's speech and video of the event does not show her sleeping.

"Kim Keon-hee went [to the UAE] for a nice sleep. Arabian Night..zzz" reads a Korean-language tweet shared here on January 16, 2023.

The tweet has since been shared more than 180 times.

The photo appears to show Kim sitting in an audience with her eyes closed. 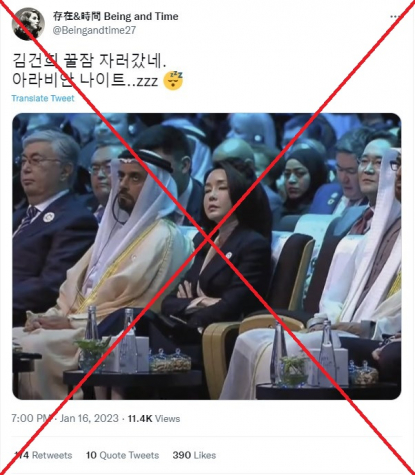 Screenshot of the false claim shared on Twitter, captured on January 18, 2023

The claim was shared online after Yoon and Kim attended the opening ceremony of Abu Dhabi Sustainability Week during the South Korean leader's four-day state visit to the UAE.

Yoon delivered a speech at the ceremony on January 16 about South Korea's commitment to meeting carbon neutrality goals, as Kim watched on in the audience.

Similar claims that Kim had fallen asleep during the speech were shared alongside the same screenshot on Twitter here, here and here.

A keyword search on Google led to footage of the conference that was streamed live on YouTube by South Korean broadcaster JTBC on January 16.

The image being shared in social media posts matches with the footage at the 48:19 mark of the YouTube stream -- showing Kim blinking.

Frames immediately before and after this point show she was not asleep.

Below is a screenshot comparison of the image shared with the false claim on Twitter (left) and the corresponding frame in the YouTube video (right):

AFP reviewed the footage of Yoon's speech, which lasts for about six minutes from the video's 44-minute mark, and found no indication that Kim had fallen asleep.

The footage largely focuses on Yoon delivering his speech, but there are occasional cutaway shots to the audience. 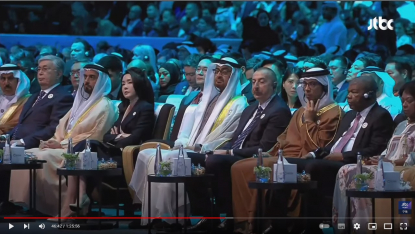 A cutaway shot showing Kim at the YouTube video's 46:42 mark 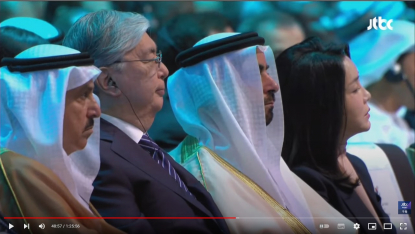 A cutaway shot showing Kim at the YouTube video's 48:57 mark

AFP has previously debunked false claims that politicians have been caught on camera falling asleep, including about former South Korean president Moon Jae-in here and edited clips of US President Joe Biden here and here.