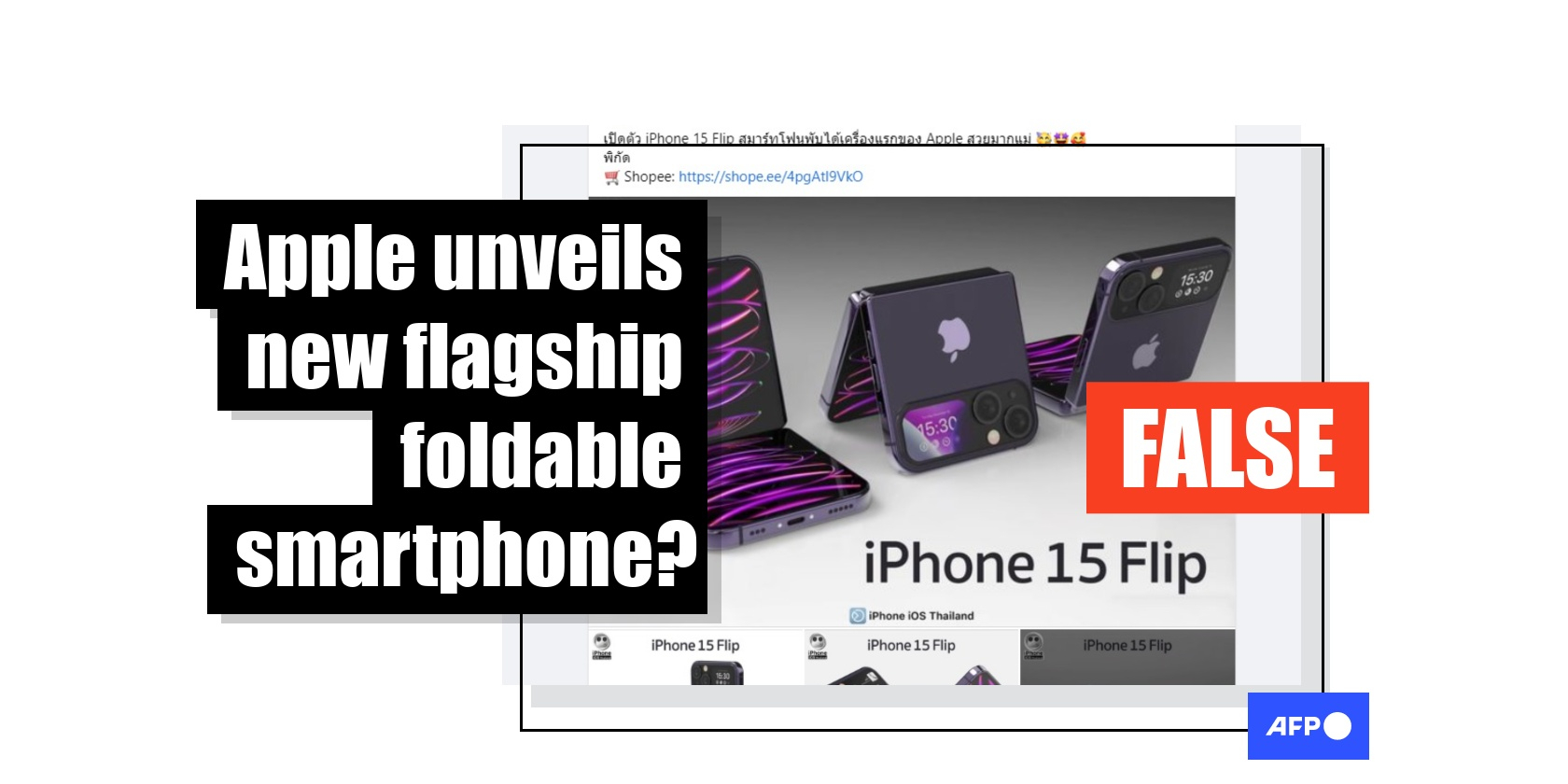 Images of a foldable smartphone taken from a concept video have been shared thousands of times alongside a false claim that they show a new model from Apple. But the video's creator told AFP that he created it to show what an Apple flip phone might look like, adding it was "not a genuine product". As of January 16, 2023, Apple has not entered the foldable smartphone market.

The post also shared a link to the online shopping app Shopee. 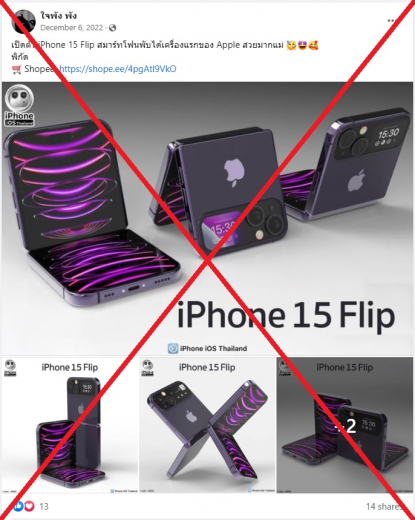 Tech giants including Samsung and Huawei have launched smartphone versions of the flip phone, which was a popular design in the early 2000s. But as of January 16, Apple has not launched its own foldable smartphone.

The same images have been shared more than 8,000 times here, here, and here alongside a similar claim on Facebook in Thailand.

Comments on the posts suggested some users believed the iPhone 15 Flip was a genuine Apple product.

"This just confirms they are indeed copying Samsung," wrote one Facebook user.

"The price will probably be sky high," wrote another user.

In fact, the images were taken from a YouTube concept video, and do not show a genuine Apple smartphone product.

The description below the images translates to English as: "Here it is: Concept iPhone 15 Flip which is Apple's first foldable smartphone. The flat edge aluminium frame houses the dynamic screen and is expected to be priced at 44,900 baht." 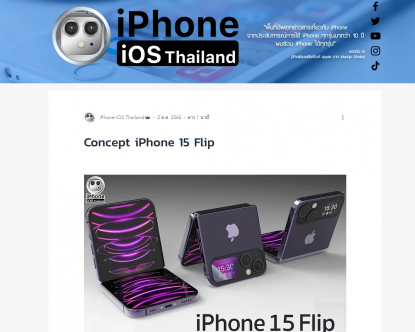 Screenshot of the image published on a Thai blog, taken on January 12, 2023

The article credits the images to "4RMD".

A subsequent keyword search on Google found this video on YouTube which is titled, "Introducing iPhone 15 Flip | Apple - (Concept Trailer)".

Part of the video's description reads: "Note: I'm not affiliated with Apple Inc. This video is a concept created for the purposes of visualizing how the future foldable iPhone might look like. The Apple logo is a trademark of Apple Inc."

"All of my videos it is well mentioned in the title as well as in the description that (the videos) are only for concept purposes."

In an email on January 11, 4RMD told AFP: "This is absolutely not a genuine product, it is only a concept."

As of January 16, 2023, Apple's official website does not include any details about a new foldable smartphone product.