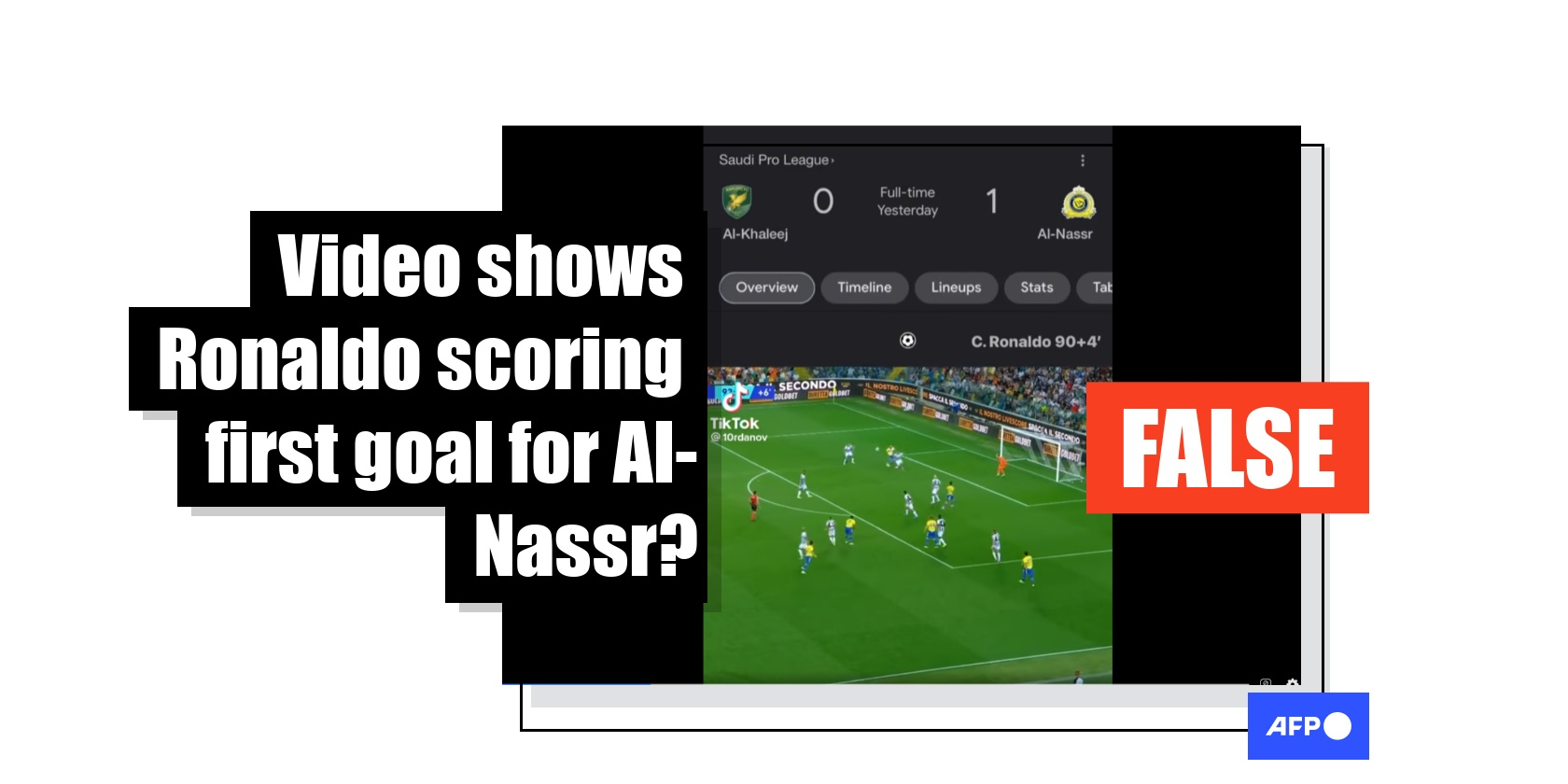 A video clip has been viewed thousands of times in social media posts alongside a false claim that it shows Portuguese football superstar Cristiano Ronaldo -- who has recently joined Saudi club Al-Nassr -- scoring his first goal for his new team. The footage is unrelated to Al-Nassr: it shows a disallowed goal by Ronaldo -- then playing for Italian club Juventus -- against Udinese in a Serie A match in August 2021.

The caption reads: "Cristiano Ronaldo brought a victory for Al-Nassr by scoring in extra time in his first match." 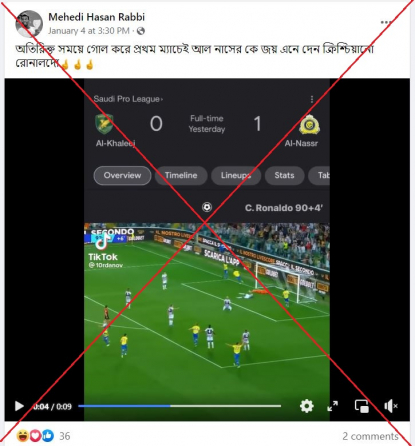 An image overlaid above the clip shows what appears to be a scoreline, reading: "Al-Khaleej 0-1 Al-Nassr", with an entry claiming "C. Ronaldo" scored in the fourth minute of extra time in the second half.

The video was also shared here and here in Bengali (without the scoreline overlay) and here in English, with more than 4,300 views.

a similar video accompanied by the false claim has also garnered around 50,000 views in posts on YouTube and Twitter.

A combination of keyword and reverse image searches found the original clip published on August 23, 2021, by the official and verified YouTube channel of Serie A, a professional league competition for Italy's top football clubs.

Below is a screenshot comparison between the video clip shared in the misleading Facebook post (L) and the full video published by the Serie A YouTube channel (R):

The original video shows Ronaldo's headed goal was disallowed by the referee for being offside and the match ended in a draw.

AFP reported that Ronaldo had been registered for his new club after a delay, and would be available to make his debut for Al-Nassr in their January 22 fixture against Ettifaq.