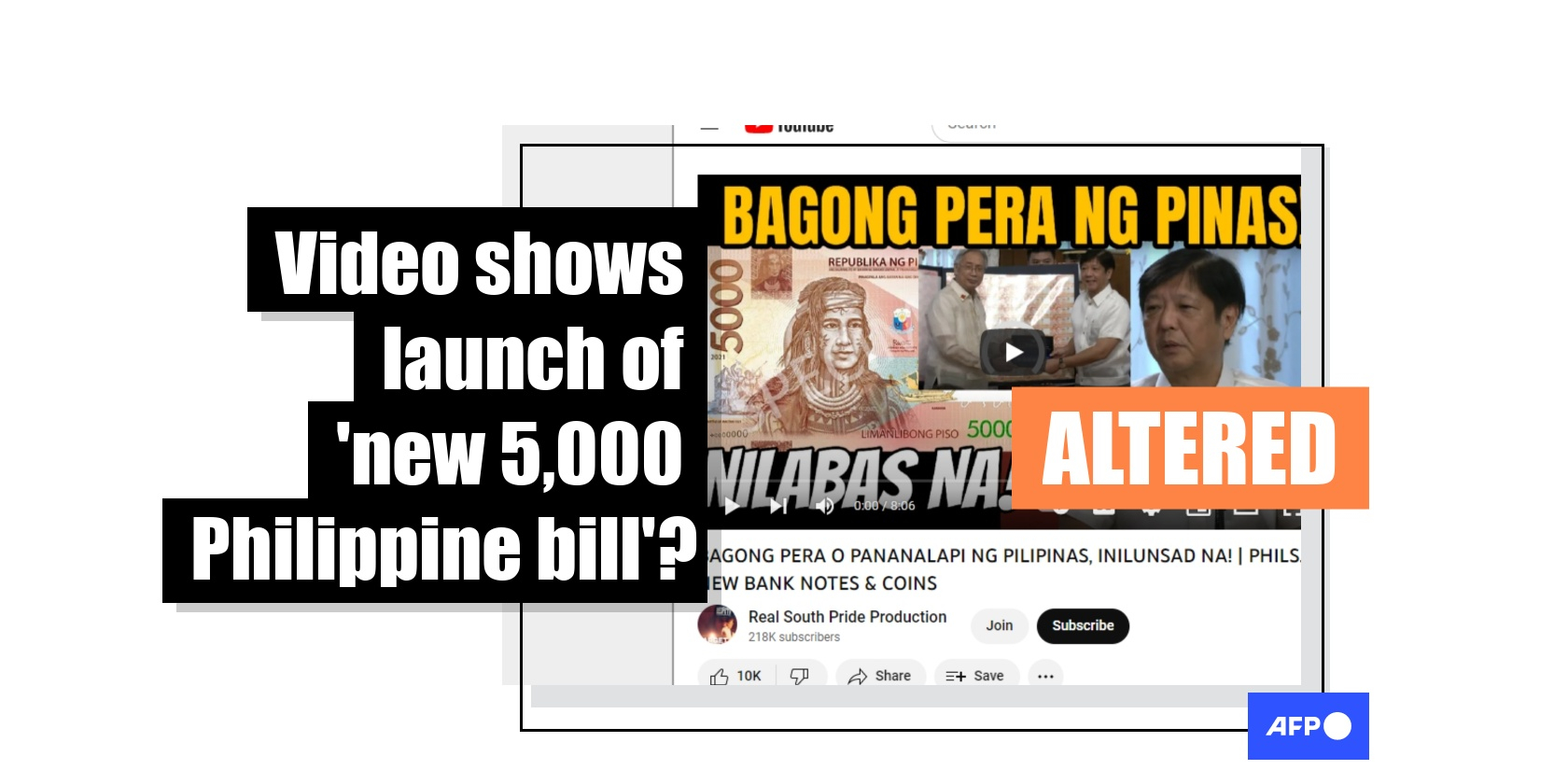 The Philippines did not release a "new 5,000-peso banknote" in December 2022, as false social media posts with hundreds of thousands of views claim. These posts feature digitally altered videos showing a 5,000-peso bill which the country's central bank BSP said was commemorative and issued in January 2021. The bank said the bill is currently not in circulation, and the highest denomination available is a 1,000-peso bill.

Marcos is at the beginning of a six-year term, having been elected president in May.

"It will be difficult to get change for that from a small store," said another.

But the video has been doctored and AFP has not found evidence the BSP released a "new 5,000-peso bill".

In response to AFP's inquiry, a representative for the BSP forwarded an old media release here that states the 5,000-peso bill is commemorative currency issued on January 18, 2021. It is not in circulation.

The BSP media release says the bill was issued in honour of 16th-century tribal ruler Lapu-Lapu.

Lapu-Lapu's army killed Ferdinand Magellan, the lead explorer in the first successful circumnavigation of the globe, and saw off the Spanish invaders, delaying their colonisation by several decades.

Philippine banknotes currently in circulation -- shown here on the BSP website -- do not include the 5,000-peso bill.

The videos shared in the posts have been doctored to insert the image of the commemorative 5,000-peso banknote.

Nowhere in these clips is a 5,000-peso bill displayed or mentioned.

Below is a screenshot comparison of the altered video in one of the false posts (left) and the original Radyo Television Malacanang clip (right):

A corresponding statement issued by the BSP for the event says: "The banknotes with the specimen signatures of the 17th President of the Republic of the Philippines and the 6th Governor of the BSP include the following denominations: 20-, 50-, 100-, 500-, and 1000-Piso."

Below are images of the bills unveiled during the event from the BSP's statement: 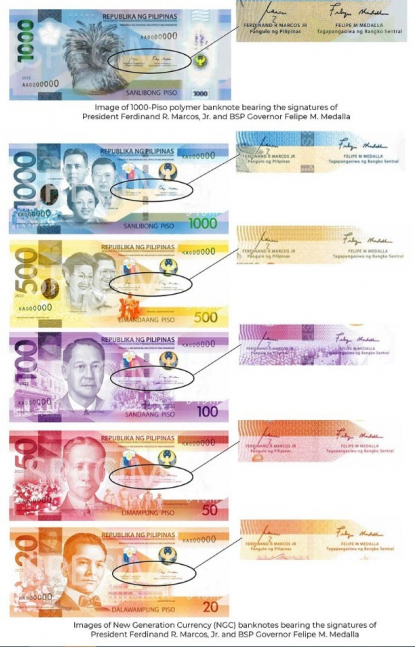