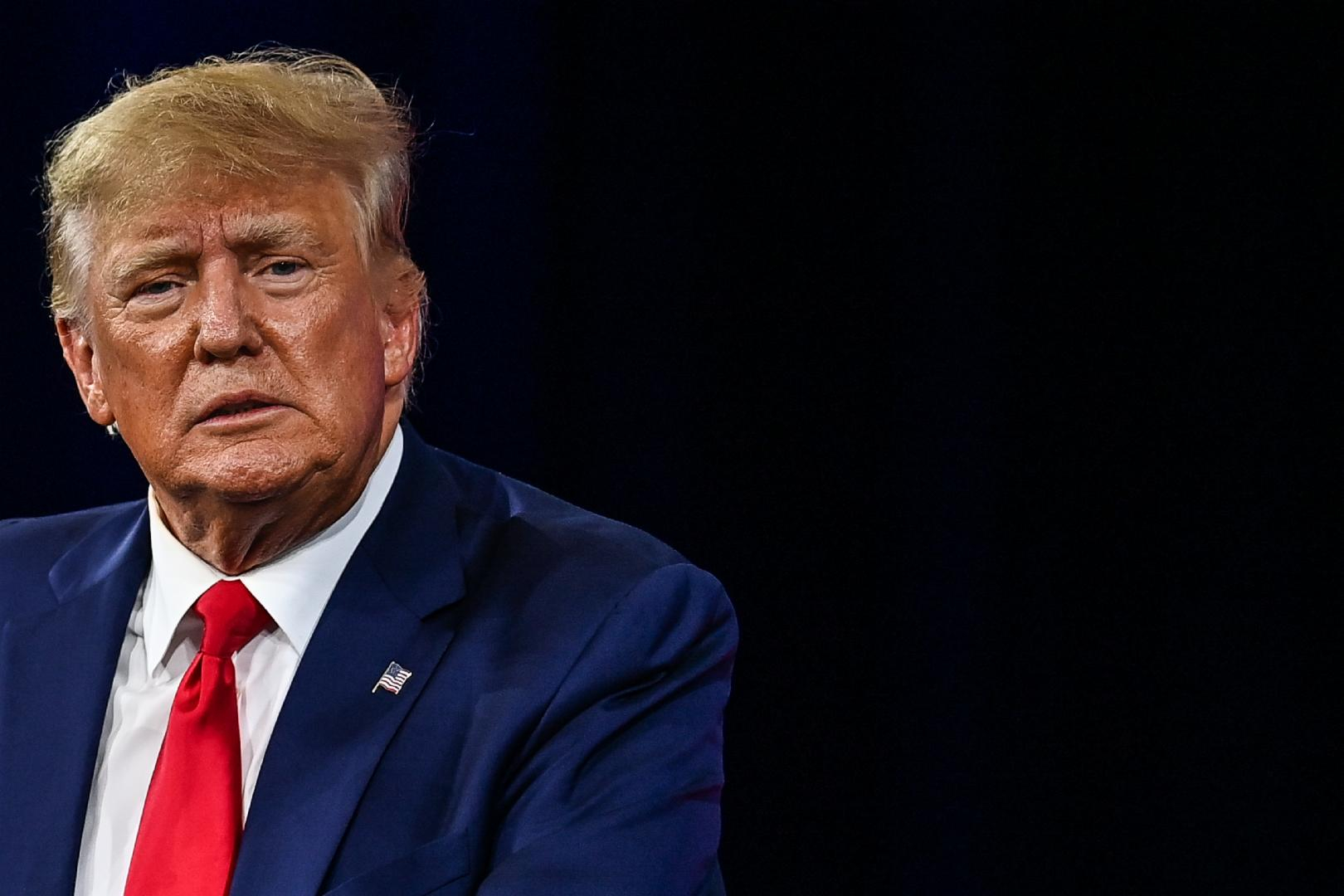 Trump tax report does not prove he retained presidential salary

After Congress released details on Donald Trump's taxes in December 2022, Democratic activists and groups claimed on social media that the report indicated the former US president did not donate his salary as he had promised. This is misleading; while the document includes wages Trump earned while in the White House, independent tax experts say it shows he gave that money away, and public records indicate he made contributions to federal agencies.

"BREAKING: Former President Trump’s tax returns don’t show that he actually donated his salary as President which he promised to do," said Erica Marsh, a former field organizer for President Joe Biden's campaign, in a December 22, 2022 tweet.

The post accumulated more than 13,000 shares and 61,000 likes. Similar claims have spread among liberal Facebook pages such as Occupy Democrats and The Other 98%.

"Trump's tax returns prove he didn't donate his presidential salary ONCE," says a December 26 post from the former group, citing a tweet from a self-described "Democratic activist." 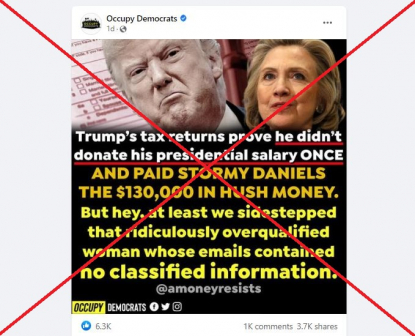 On December 20, House Democrats released a report from the Joint Committee on Taxation (JCT) showing Trump paid $1.1 million in federal taxes in the middle two years of his presidency -- but almost nothing for the rest of his time in the White House.

The figures indicate that the 76-year-old mostly claimed significant deficits from 2015 to 2020. The House Ways and Means Committee voted to release all of Trump's tax returns from that period, ending a four-year battle between Democrats and the former president that eventually reached the Supreme Court.

The initial report from Congress does not support the claims circulating online.

Trump promised in 2015, during the first few months of his presidential campaign, that he would donate his salary if elected. A year later, he said he would "take $1 a year" to comply with the law, as the US Constitution requires presidents to be paid.

The report from the JCT, a nonpartisan congressional committee that conducts legislative research, shows Trump's annual wages were nearly $400,000 throughout his time in office. That lines up with the presidential salary that has been in place since 2001.

"He reported charitable contributions for his years as president that were made in cash and that exceeded the amount of his presidential salary," Shaviro said in a December 28 email. "Also, since money is fungible, it really doesn't matter which money he contributed."

The report does not specify where the contributions went. But for the majority of his presidency, Trump announced quarterly gifts of around $100,000.

In several cases, the Trump administration held public events with a check presented to federal agencies.

In 2018, it was the Department of Veterans Affairs, the Small Business Administration, the National Institute on Alcohol Abuse and Alcoholism and the Department of Homeland Security. Some of the donations were used for specific projects.

The same pattern played out with other federal agencies until mid-2020, when Trump's White House stopped announcing such contributions, according to an investigation by the Washington Post and reports from other media outlets. It is unclear if Trump made any donations during the last six months of his presidency.

Trump did not report any charitable contributions on his personal tax return in 2020, according to documents Congress released December 30. Gifts made in 2019 and 2018 totaled about $500,000 each year, while Trump reported donating more than $1.8 million to charity in 2017.

Under certain conditions, federal law allows -- but does not require -- tax filers to claim credit for charitable contributions.

AFP contacted Trump's office, the JCT and the House Ways and Means Committee for additional information, but responses were not forthcoming.