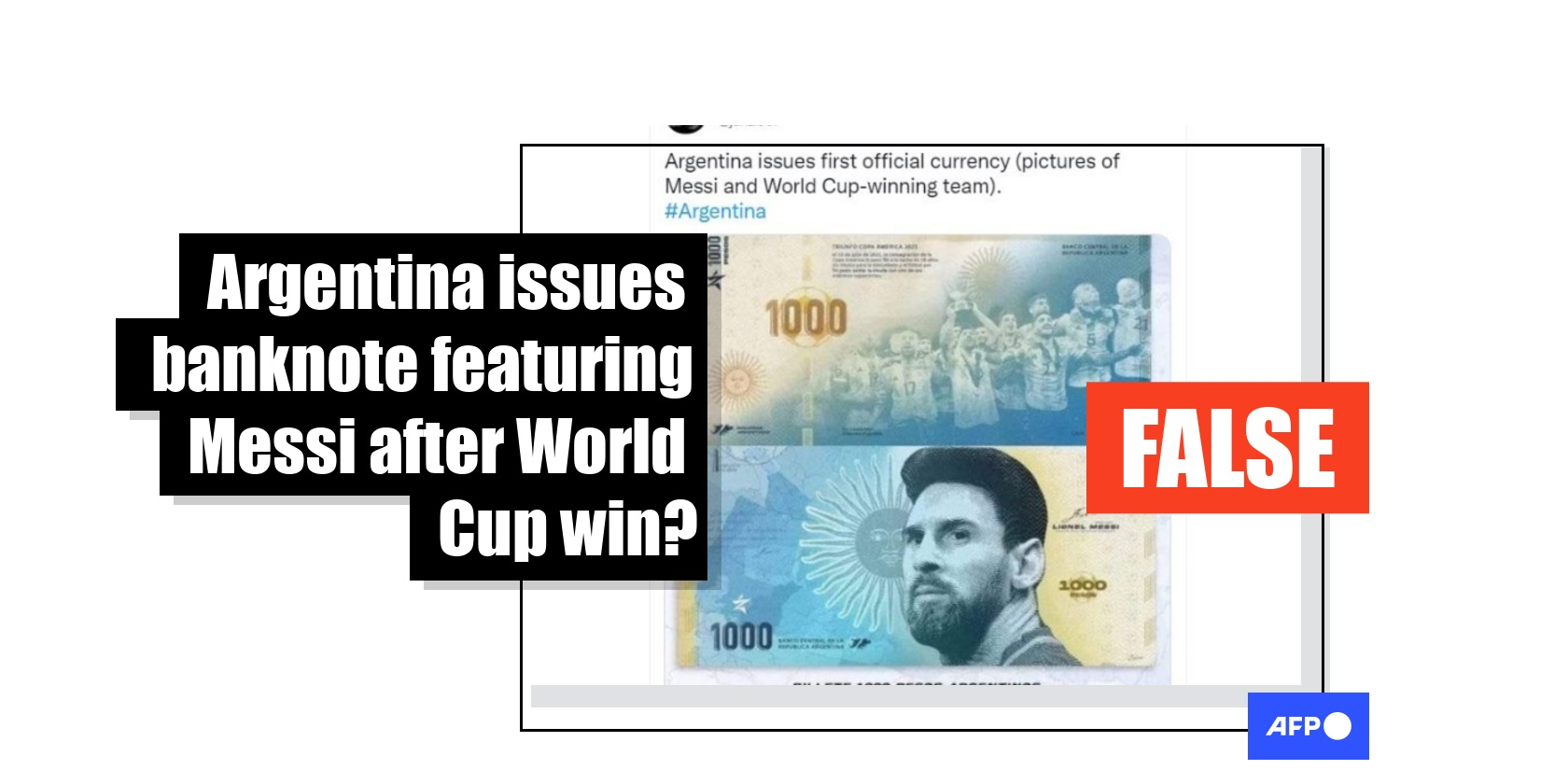 False posts have circulated globally claiming Argentina has issued banknotes featuring the image of football superstar Lionel Messi after the country's national team won the 2022 World Cup in Qatar. Argentina's central bank refuted the claim, telling AFP it has "no plans" to issue currency featuring Messi. Purported banknote images shared in the false posts do not correspond to photos of Argentinian legal tender published on the central bank's website.

However, the team photo corresponds with an image of them celebrating after Argentina beat European champions Italy in the Finalissima in June, rather than a photo from the Qatar World Cup. Messi scored twice as Argentina battled France to a 3-3 draw in extra-time before prevailing on penalties in a jaw-dropping World Cup final in Doha.

The false claim that Argentina issued currency featuring Messi immediately after the World Cup spread widely across the world.

Similar English-language posts were shared online in India, Bangladesh, the Philippines, Nepal, the US, Nigeria and Sierra Leone.

The claim has also circulated in multiple other languages such as Korean and Burmese.

AFP has also debunked posts that have circulated in Arabic.

In response to these false posts, Fernando Alonso, senior communications manager for Argentina's central bank BCRA, told AFP on December 22 the bank has no plans to have Messi's image on banknotes.

The image of the purported banknote does not correspond to photos of legal tender published on the BCRA website.

In May, Argentina announced a new banknote series featuring the country's historical heroes. In this series, the 1,000-peso bill shows Jose de San Martin, an important figure of the Spanish-American wars of independence.

Below are screenshots of legal tender in Argentina from the BCRA's website: 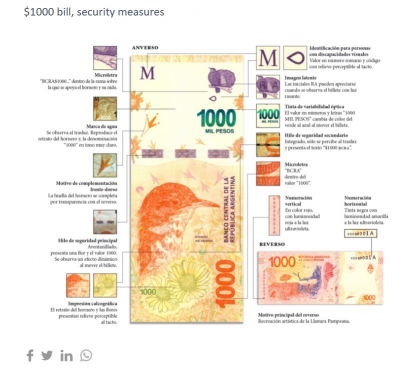 Screenshots of legal tender in Argentina from the BCRA's website ( AFP) 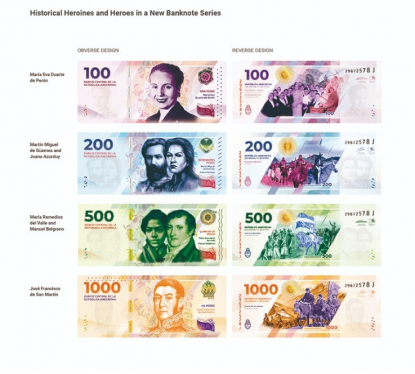 The BCRA has also been issuing commemorative currency -- only circulated in limited quantities -- including a 2022 Qatar World Cup coin here.

This coin also does not feature Messi's image.