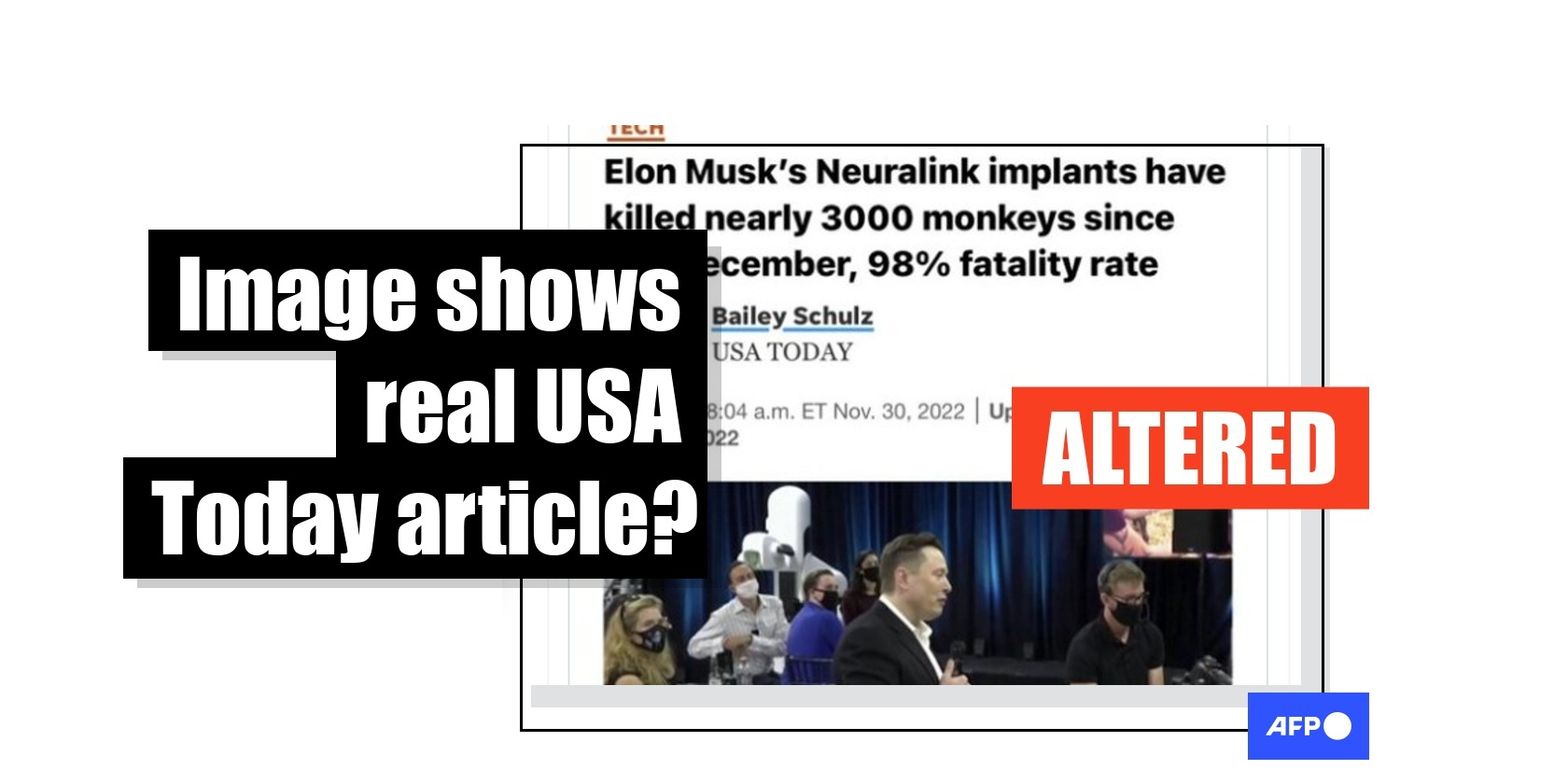 Social media users are sharing a photo of a supposed USA Today article reporting that Neuralink, a biotechnology firm owned by Elon Musk, conducted animal testing that resulted in the death of more than 3,000 monkeys. But the newspaper did not publish such a story, and its parent company confirmed the screenshot is fake. 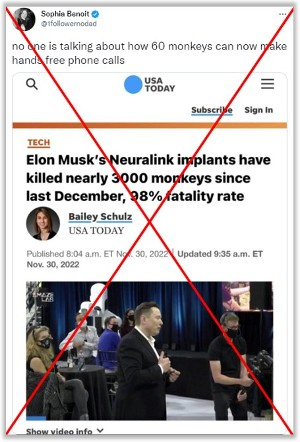 Neuralink is owned by Musk, who is also the founder of Tesla and SpaceX and the owner of Twitter. The private firm is seeking to build a brain-computer interface with a range of potential applications, such as treating neurological disorders and restoring sensory and motor function in people with paralysis.

The image shared online is designed to resemble a USA Today article authored by Bailey Schulz. But it is fabricated -- the newspaper never published the headline.

"We can confirm that the screenshot on Twitter is fake" and "never appeared on usatoday.com," a spokesperson for Gannett, USA Today's parent company, told AFP in an email.

Sophia Benoit, a columnist for GQ magazine and Bustle who originally shared the supposed screenshot, confirmed in a December 1 tweet that it is fake.

(Sorry guys if this ruins the little dumbass Twitter joke but the screenshot above is fake. I thought that had already come to light on Twitter. Sorry for ruining your lives)

Live and archived versions of USA Today's website show no such article written by Schulz. The business reporter has, however, covered Neuralink in the past.

Her most recent article on the topic was published December 1, 2022 with the headline: "Elon Musk's Neuralink wants people to control computers with their minds. How close are they?"

Schulz wrote that Neuralink tested brain implant chips on 23 monkeys -- eight of which were euthanized.

Other media reports say staff members have complained about Musk's pressure to accelerate Neuralink development, claiming animal trials have resulted in the death of more than 1,500 animals. Allegations of animal mistreatment have resulted in a federal probe and a lawsuit from the animal rights nonprofit Physicians Committee for Responsible Medicine.

AFP has debunked other fabricated articles here, here and here.