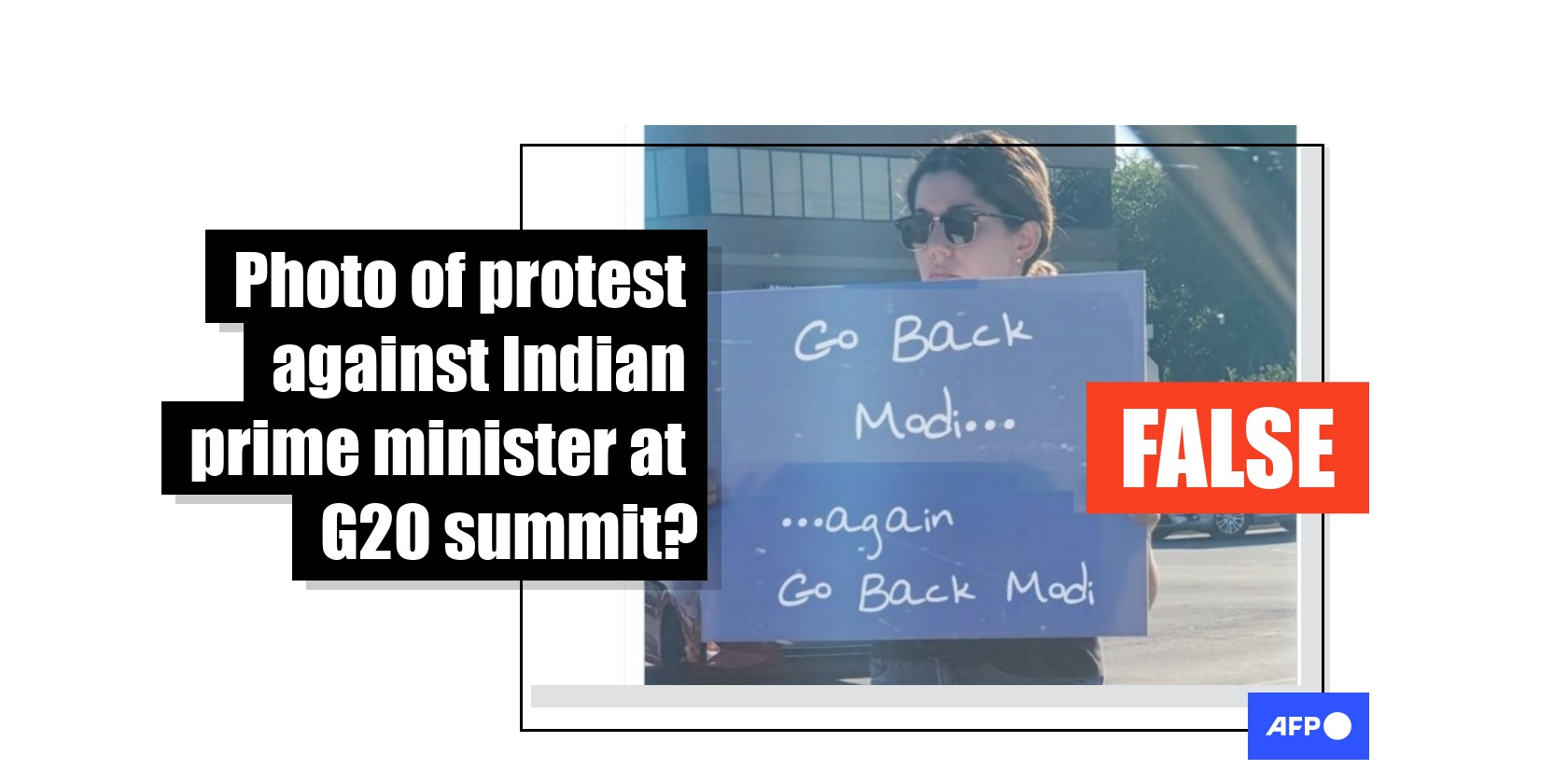 A doctored image has been shared repeatedly on social media along with a false claim that it shows a woman protesting in Indonesia against Indian Prime Minister Narendra Modi during the G20 summit in November. The posts surfaced after the summit concluded in Bali on November 16. The journalist who took the original photo told AFP it was in fact taken in the United States in July, after the Supreme Court's decision to overturn the country's federal right to abortion.

"The international leader is being opposed in foreign countries as well -- this photo is from Bali, Indonesia. Now he must realise that it's high time he should leave," reads a Hindi-language tweet shared here on November 17, 2022.

The image, which has been shared more than 1,100 times, appears to show a woman holding up a sign that reads "Go back Modi… again go back Modi" while she stands in the middle of a road.

The slogan "Go back Modi" is often used in protests targeting the Indian prime minister.

Indian broadcaster NDTV reported that it was used during a protest when Modi visited Chennai in April 2018 and Al Jazeera reported that the slogan was used in Kolkata in January 2020 by protesters opposing Modi's visit to the eastern city.

The slogan was also used when the prime minister visited Hyderabad on November 13, 2022, according to the Times of India newspaper. 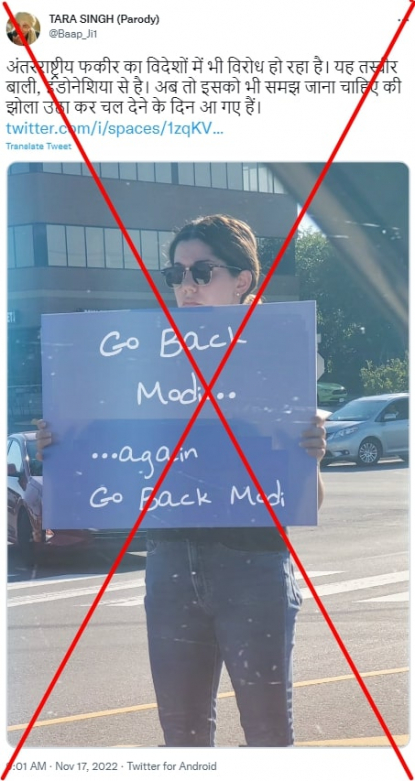 The claim that an anti-Modi protest had been held in the Indonesian resort island of Bali circulated after Modi attended the G20 summit there on November 15 and 16.

AFP did not find any news reports about an anti-Modi protest during the summit, but some social media users appeared to believe the image showed a genuine protest against the Indian leader.

"This is the truth of Modi but no media will show it. Protests have started in foreign countries as well against him," one user said.

The image in the posts, however, has been altered and the original photo is unrelated to Modi's presence at the G20 summit.

A reverse image search found the original photo was uploaded by US-based journalist Wajahat Ali to Twitter on July 1, 2022.

The sign in the photo reads: "Democrats and independents must unite to vote out Republicans. Vote blue this November."

Ali told AFP the woman in the picture had been protesting against the conservative-dominated Supreme Court's decision to overturn Roe v Wade, the 1973 case that established abortion as a constitutional right.

The court ruled that individual states can permit or restrict the procedure themselves.

Below is a screenshot comparison of the altered image in the false post (left) and the original photo posted on Twitter (right): 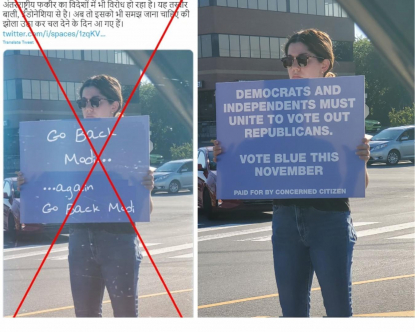 Ali told AFP the picture was taken at the intersection of Little River Turnpike and Beauregard Street in the city of Alexandria, Virginia. The brown building seen in the background of the photo can also be seen at the location on Google Street View.

Below is a comparison of the photo Ali posted on Twitter (left) and the location as seen on Google Street View (right):

CNN reported that activists on both sides of the abortion debate in the United States rallied in jubilation or devastation at the end of June.

It remained a key issue in the November midterm elections in the United States, with abortion activists claiming victory after voters sided with protecting access to the procedure in several ballot initiatives.