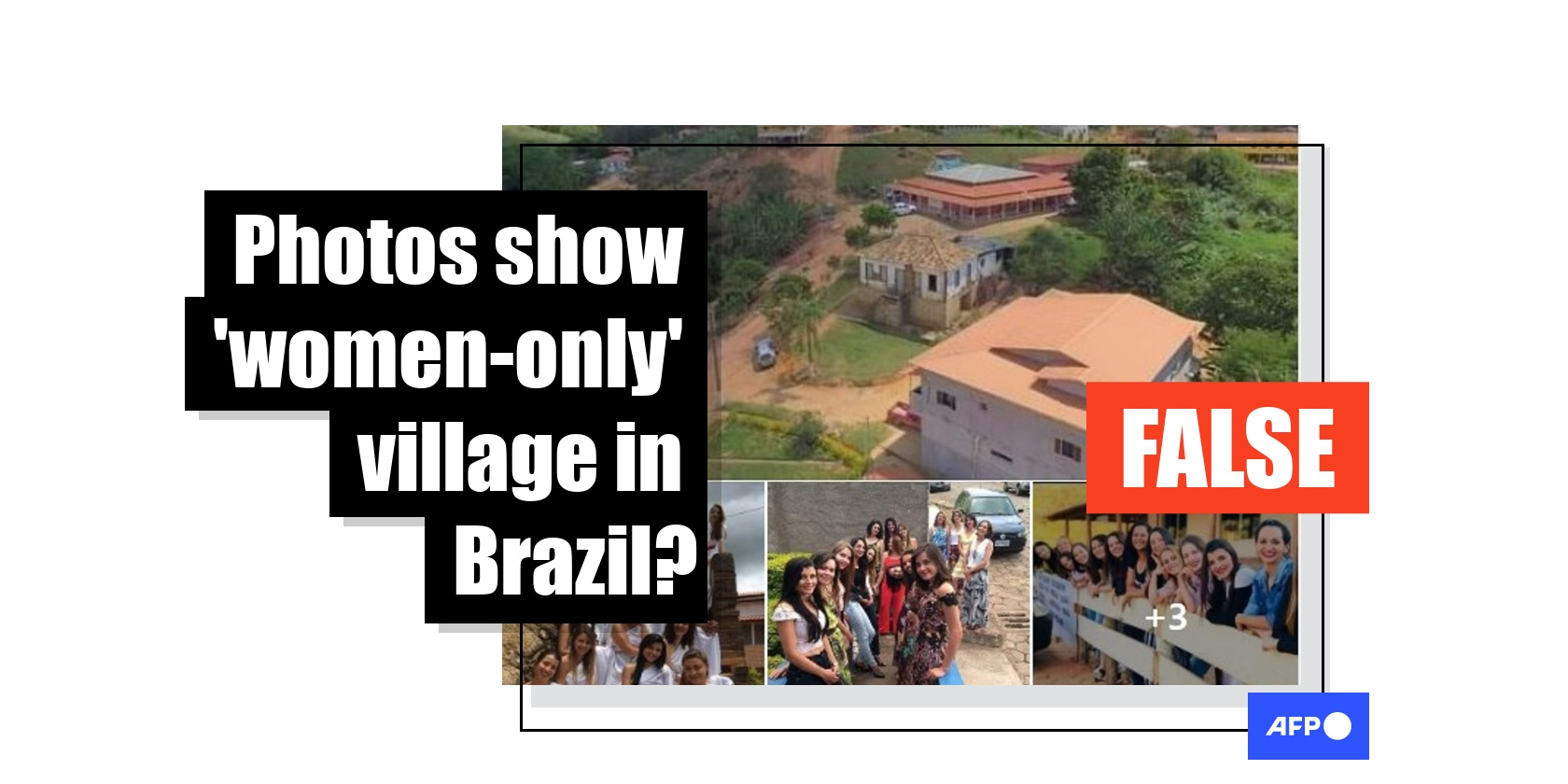 Multiple photographs of women posing for the camera have been shared thousands of times in Burmese-language Facebook posts that falsely claim they were taken in a "women-only" village in southeastern Brazil called Noiva do Cordeiro. A representative for the Noiva do Cordeiro-based organisation that originally published the photos told AFP the village is populated by women and men.

Six photos were published with the false claim here on Facebook on November 4, 2022.

One photo shows a small mountain village while the other five depict groups of women posing for the camera.

Its Burmese-language caption translates in part as: "Would you believe that there is a village without men, but with only women who don't want to get married? Only women live in the town of Noiva Do Cordeiro."

"The village was formed when women who didn't want to get married settled in the area. They are all spinsters who are independent from men. They do their own farming and manage their business without any help." 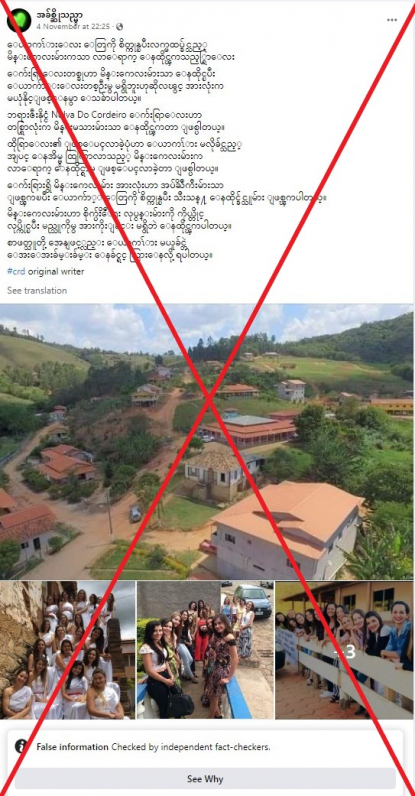 Noiva do Cordeiro is a remote village in Brazil's southeastern Minas Gerais state.

The same photos were also shared alongside a similar claim on Facebook here, here, here and here.

Reverse image searches on Google found the photos originally published on Facebook by a page called Noiva do Cordeiro, a nonprofit organisation based in the village with the same name.

Marcia Fernandes, a representative for the organisation, told AFP the photos had been shared with false context.

She said: "The Noiva do Cordeiro community is not just for women. We are the majority because most men work in Belo Horizonte (the capital of Minas Gerais) and only come to the community on Fridays and stay until Sundays."

She added the photos in the posts were taken during various events in the village.

"The people here always take pictures, every day, presentation or event, anything that happens, we are always taking photos," she said.

The Facebook page -- which has been posting about events in Noiva do Cordeiro since 2011 -- has previously published photos showing male residents of the village here, here and here.

Below are screenshot comparisons showing the photos in the false posts (left) and the original photos (Right): 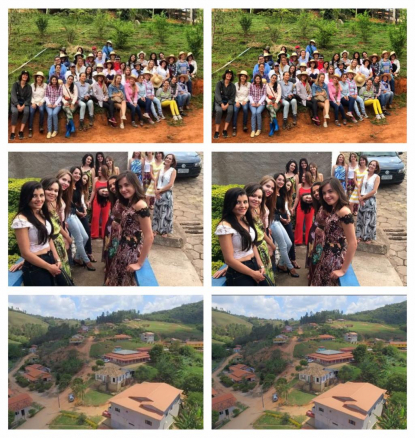 According to a report by Instituto Ecofuturo, an organisation that promotes links between Brazil's local communities and the national government, a "matriarchal society" has emerged in Noiva do Cordeiro due to employment opportunities for its male residents.

The organisation reported: "The men went to Belo Horizonte to work, returning only on weekends. The result was the emergence of an essentially matriarchal society."

BBC News Brazil and Brazillian fact-check organisation E-Farsas.com have previously debunked similar claims about Noiva do Cordeiro that have circulated since at least 2014.