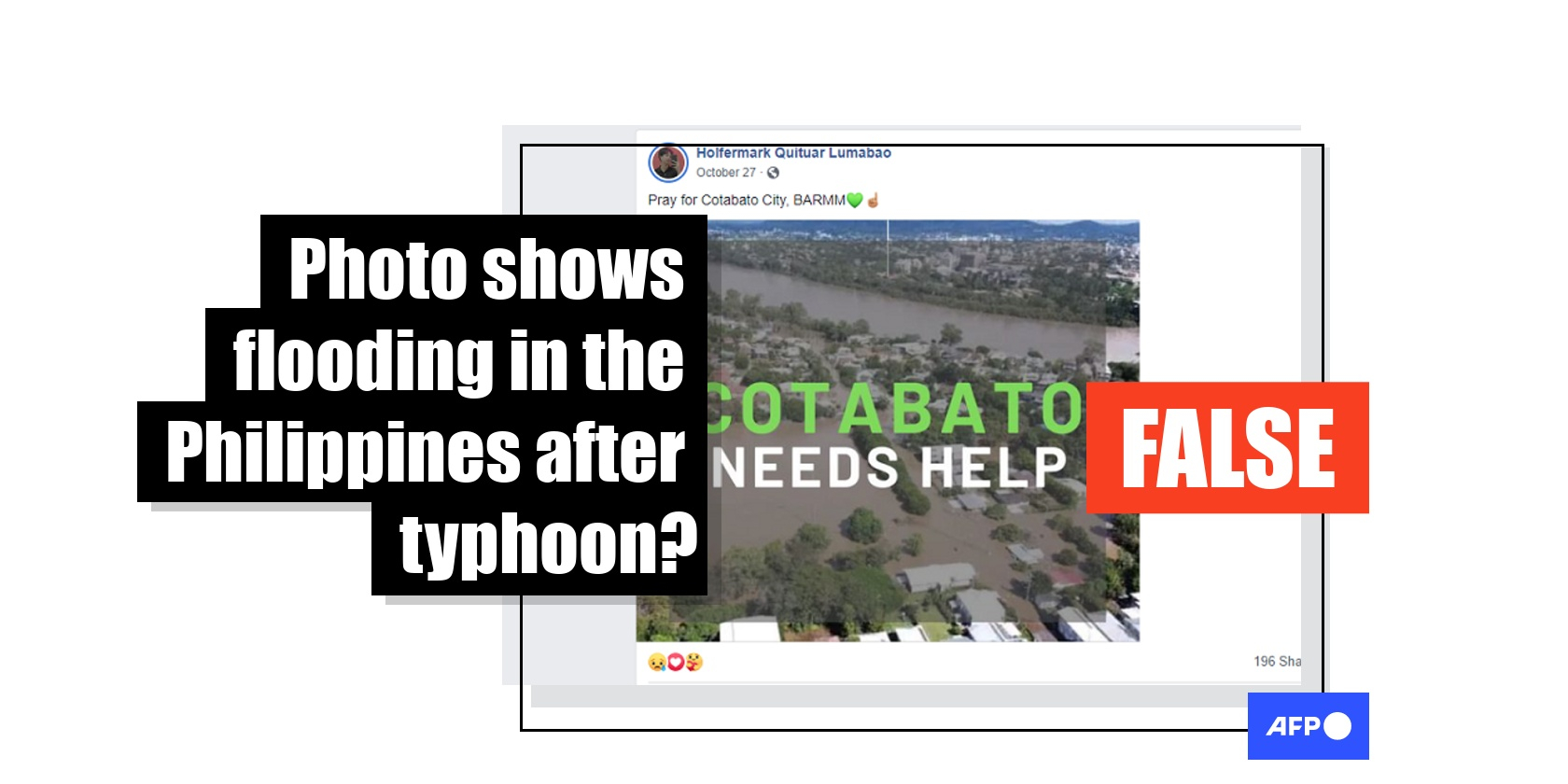 Photo shows flooded city in Australia, not in the Philippines

A photo of a flooded city has been shared hundreds of times on Facebook alongside a false claim that it shows the Philippines' Cotabato City after Typhoon Nalgae hit the archipelago nation in October 2022. In fact, the photo shows the city of Fairfield in Queensland, Australia. The image has circulated online since March in a report about the aftermath of heavy rains that hit the city and its surrounding area in February.

"Pray for Cotabato City, BARMM," reads the claim shared here on Facebook on October 29, 2022 alongside a photo of a flooded city. 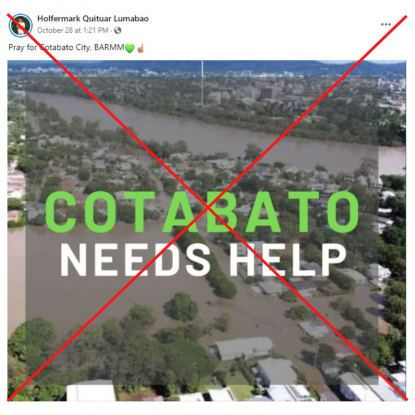 The photo began to circulate online after a powerful storm Nalgae triggered flooding and landslides across the country in late October and killed over 150 people. BARMM was one of the most severely affected regions.

In late October, AFP published genuine footage of flooded villages after the storm here; and photos here and here.

The image shared in the false post was shared alongside a similar claim on Facebook here and here.

It actually shows the city of Fairfield in Queensland, Australia, after it was hit by heavy rains.

A reverse image search on Google found a corresponding photo published here in a report by ABC News, the national broadcaster of Australia, on March 2, 2022.

The report was written by Allyson Horn, then a Fairfield-based journalist, who detailed her experience with a three-day "rain bomb" that exploded in the northeastern Australian city in late February 2022.

The photo's caption reads: "Many members of the community are frustrated about the lack of warning. (Supplied: Luciano Nunes)".

Below is a screenshot comparison of the photo in the false posts (left) and the photo published by ABC News (right): 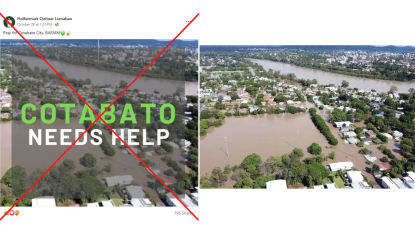 Screenshot comparison between the photo shared in false posts (left) and the photo published by ABC News (right).

A further keyword search on Google Maps found that the photo's location corresponds to Fairfield's J.F. O'Grady Memorial Park and its surrounding areas.

Below is a screenshot comparison of the photo seen in ABC News' report (left) and the corresponding location on Google Maps (right):

Screenshot comparison of the photo seen in ABC News' report (left) and the corresponding location on Google Maps (right).