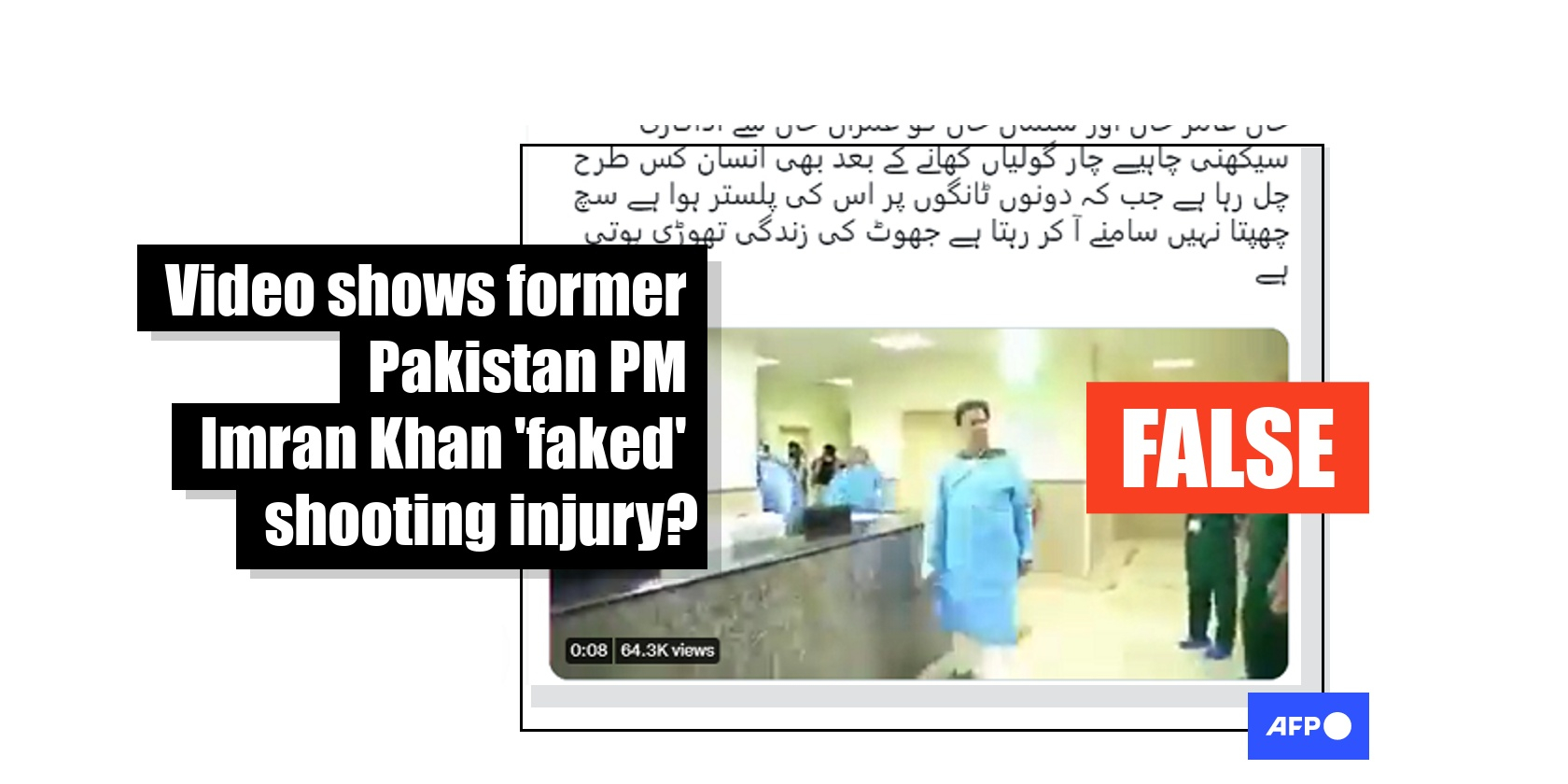 Footage of Pakistan's ex-prime minister Imran Khan walking inside a hospital has been viewed tens of thousands of times in posts that falsely claim it was filmed shortly after he was shot in an assassination attempt, suggesting the attack was a hoax. However, the video actually shows Khan visiting a hospital in 2021, more than a year before the attack, while he was still the premier.

The 11-second video shows Khan, who is dressed in scrubs, talking to staff as he walks around a hospital.

"Imran Khan should get an Oscar and give acting lessons to Shahrukh Khan, Aamir Khan and Salman Khan," reads an Urdu-language tweet sharing the footage, referring to popular Bollywood actors.

"The man took four bullets and look how he's walking! Even though both his legs are plastered, the truth cannot be hidden. It will all come out and lies are short-lived."

A voice narrating the video jokes that renowned actors including Shahrukh Khan and Tom Cruise are inferior performers compared to the former Pakistan prime minister. 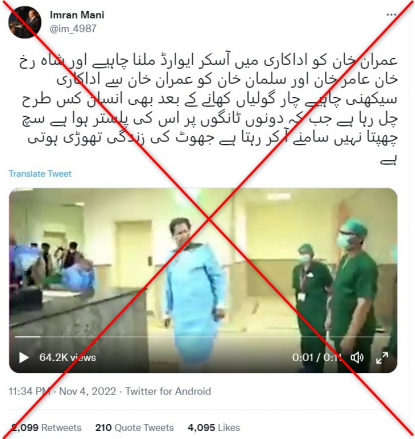 Khan was shot in the legs at a rally on November 3 in a failed assassination attempt that he accused his successor Shehbaz Sharif of helping to plot, AFP reported.

The former cricketing star was ousted as prime minister in April and has since held rallies across Pakistan in a bid to drum up support for a snap election, claiming he was pushed out of power in a conspiracy orchestrated by the United States.

Government officials blamed the attack on a lone gunman, but Khan insisted two shooters were involved and that Sharif, Interior Minister Rana Sanaullah, and a senior intelligence officer were behind the plot. The government and military have dismissed those accusations.

But the clip has been shared in a false context.

A reverse image search on the Russian search engine Yandex found that the clip was taken from a longer 44-second video posted on Twitter by the Pakistan Prime Minister's Office on August 6, 2021.

"Along with the inauguration of these operation theatres, the third phase of construction of Shaukat Khanum Hospital Peshawar has also been completed. @ImranKhanPTI #SKMCH #ShaukatKhanumPeshawar."

AFP has also fact-checked posts that falsely claimed an old photo of Khan lying down shows him after the assassination attempt.