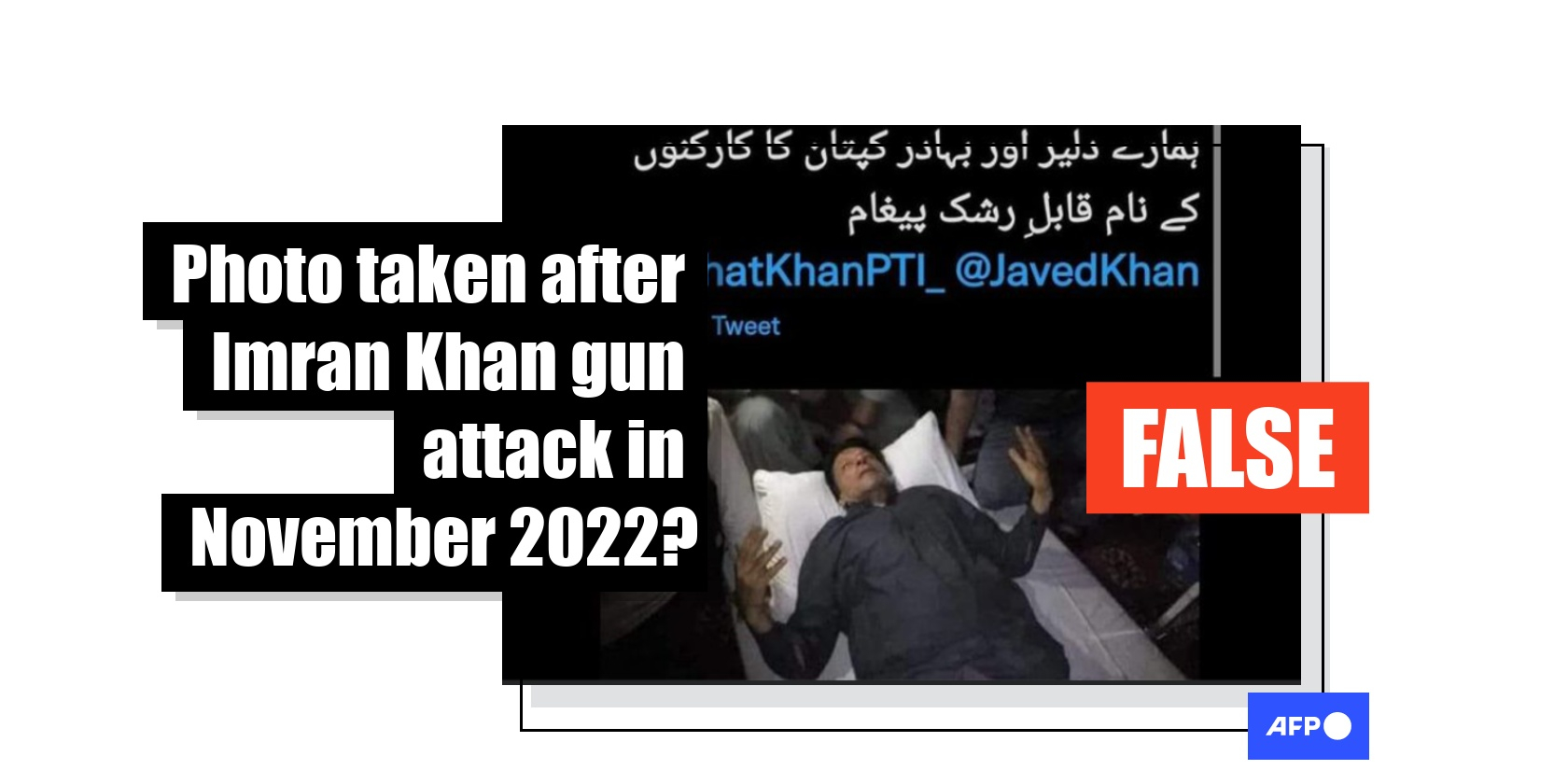 An old photo of Pakistan's former prime minister Imran Khan lying on the ground has been viewed millions of times with false context in news reports and social media posts after Khan was shot in the leg at a political rally in November. Khan has in fact tweeted the photo in August 2014; it shows the former leader resting during a sit-in protest organised by his political party against the government of then prime minister Nawaz Sharif.

Urdu-language text overlaid on the photo translates as: "'Bullet has hit my leg. I am alive. You should not go towards unrest: Imran Khan.' Our valiant and brave Captain's enviable message to workers."

Khan was in stable condition after being shot in the leg at a political rally on November 3 in what Pakistan's president deemed "a heinous assassination attempt", AFP reported.

The former international cricket star has been leading a chaotic convoy of thousands from the city of Lahore towards the capital Islamabad, campaigning for fresh elections after being ousted from office in April.

He was wounded when shots were fired at him and other officials standing on the top of a modified container truck as it slowly drove through a thick crowd near Gujranwala. 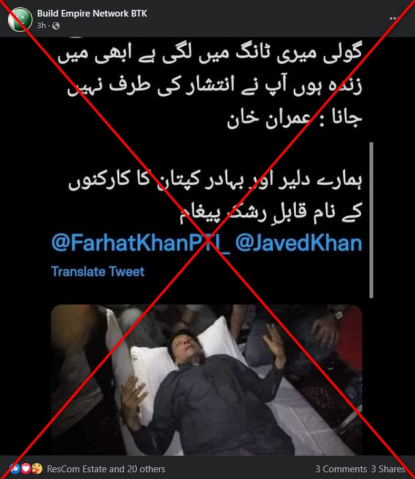 Pakistan news channels ARY News and Hum News broadcast the old photo of Khan here and here on Facebook. Their reports have been viewed more than six million times.

British journalist Piers Morgan also shared the photo in a tweet about the shooting incident.

A Google reverse search, however, found the photo has been shared in a false context.

Night at the dharna. pic.twitter.com/5ppIGJAs1S

Khan's use of "dharna" -- which means "protest" in Urdu -- refers to the months-long countrywide demonstrations staged in Pakistan by Khan's Pakistan Tehreek-e-Insaf political party in 2014.

The sit-in protests demanded the resignation of then prime minister Nawaz Sharif over allegations of electoral fraud.

English-language Indian newspaper The Hindu embedded Khan's tweet with the photo in its report about the protests on August 17, 2014.

Below is a screenshot comparison of the photo shared in the misleading posts (left) and Khan's 2014 tweet (right): 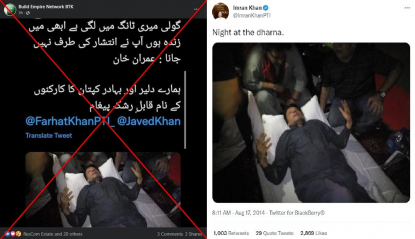