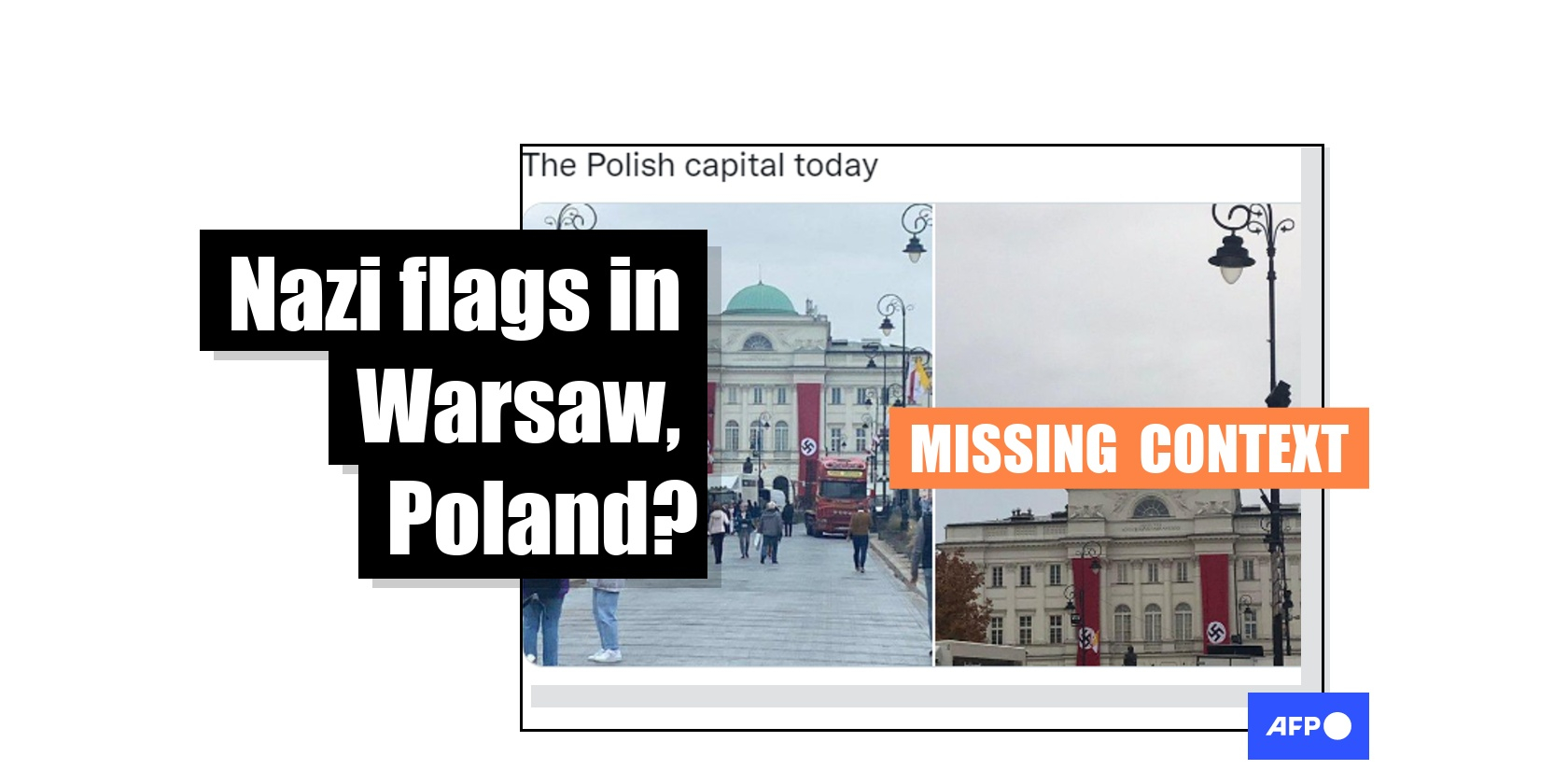 Banners were draped on building as part of film set

On Twitter, posts share photos of a building draped with Nazi banners in Warsaw, Poland. But the images are missing crucial context; the swastikas were used during the filming of a World War II movie. 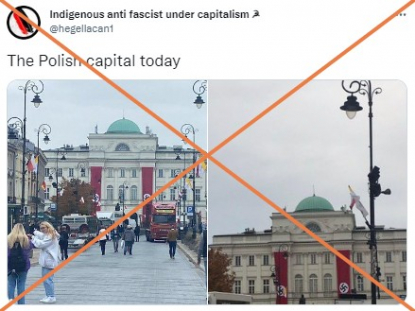 Several other tweets sharing similar photos without context can be found here, here, and here. They coincide with ongoing tension in Europe over Russia's invasion of Ukraine and claims by Moscow that the Ukrainian government is "pro-Nazi."

The German invasion of Poland in 1939 marked the start of World War II and much of the country remained under Nazi occupation until 1945, with Warsaw, the site of a Jewish ghetto.

On October 15, 2022, sections of the city were decorated with Nazi flags and banners which many onlookers photographed and shared on Twitter.

But some photos were reshared with misleading captions, neglecting to say that the flags were decoration for a movie set during World War II and the Nazi occupation of Warsaw. This was confirmed by one of the film's producers, a city press officer, a spokesman of the institution used as a set, and several local reports.

George Byczynski, an executive producer of the as yet untitled film, told AFP they were shooting that day and "indeed prepared a scene of a World War II German-occupied Warsaw."

The film is about Krystyna Skarbek, a Polish-Jewish spy who worked for the British Special Operations Executive, said Byczynski.

A city press officer told AFP: "These flags were a part of a set for a film about the history of the 1940s." They were taken down immediately after filming, the official said.

Using geolocation, AFP established that the name of the building in many of the photos is Palac Staszica and it hosts the Polish Academy of Science (PAN). A spokesman at the academy told AFP: "We confirm that in mid-October, this year, Palac Staszica and its immediate surroundings became the backdrop for a Polish-British feature film.

"The film's producers requested permission from the management of the Palac Staszica to use the building's facade and the square in front of it as part of the set design. The consent included placing symbols related to the occupation of Warsaw on the palace's facade. These symbols were allowed to be hung only on the day of filming."

It is not the first time the building has been used as scenery for a movie related to World War II. In 2013 it was a decorated set background during the shooting of "Kamienie na szaniec," ("Stones for the Rampart") where similarly, Nazi banners were hung from the facade.

Local reports also confirmed that the flags and banners were set decoration, and Wojciech Tymowski a photographer from Gazeta Wyborcza, who was at the site, told AFP it was: "Clearly scenography for a movie."

Also photographed were many of the historical costumes and props used during the shoot.