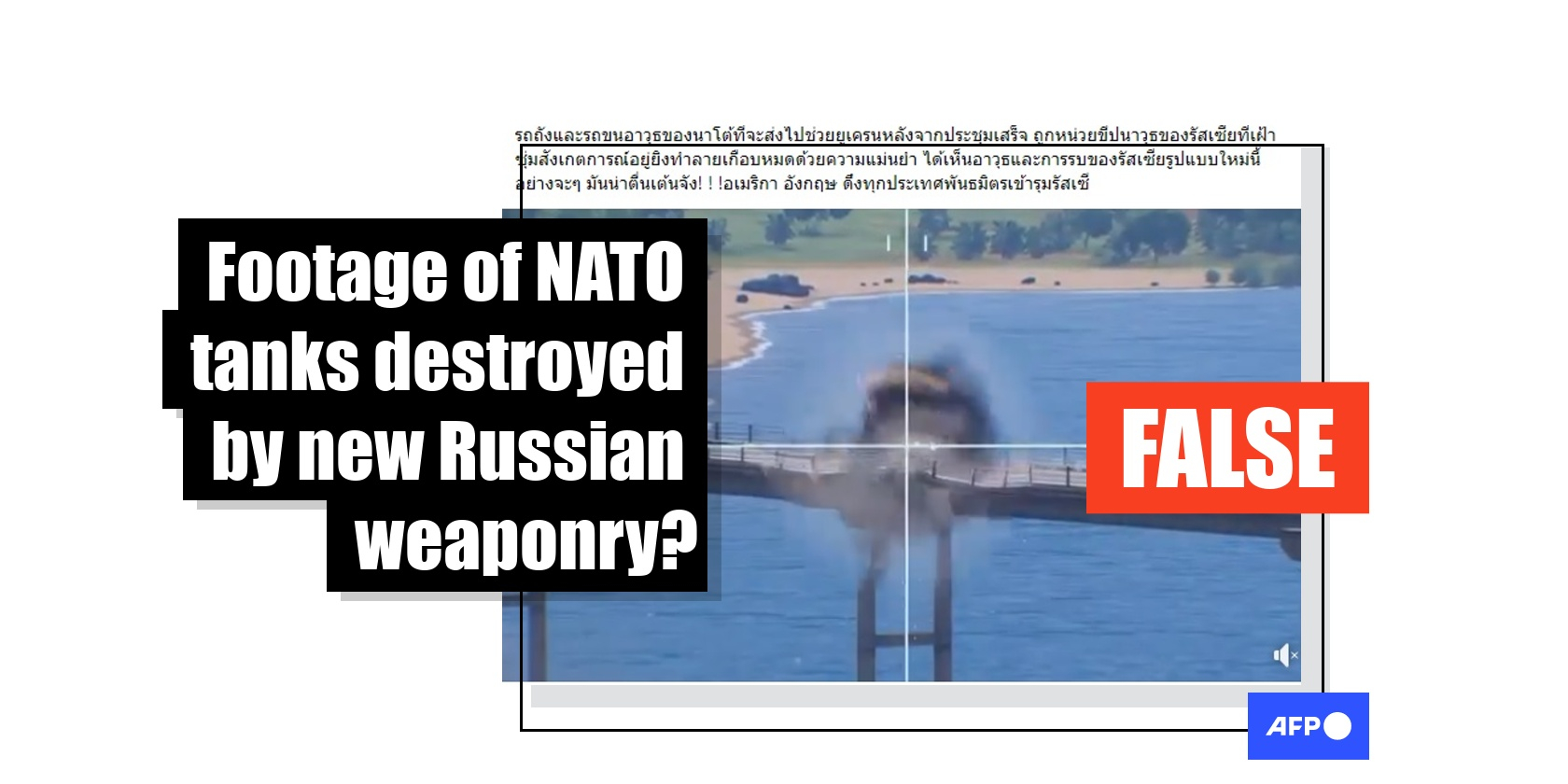 A video clip has been viewed hundreds of times in October in multiple Thai-language Facebook posts that claim it shows Russian missiles destroying NATO tanks en route to Ukraine. This is false: AFP has not found official reports about the purported incident described in the posts. The video actually shows computer-generated imagery taken from an online video game.

The five-minute clip was posted here on Facebook on October 3, 2022.

The post's Thai-language caption translates to English as, "NATO tanks and weapon supply trucks that have been sent to support Ukraine have all been decisively destroyed by Russian missiles.

"We can see this new way that Russia is fighting with its advanced weaponry, which is truly exciting! The US and England have involved their allied nations to gang up on Russia." 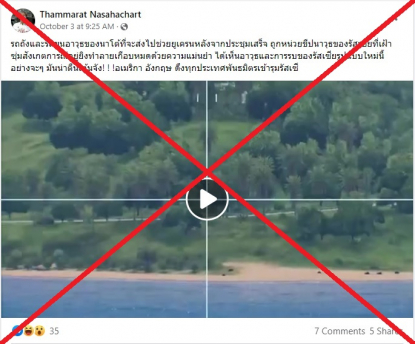 On October 11, Ukrainian leader Volodymyr Zelensky called for Western nations to help Kyiv create an "air shield" after a rash of deadly Russian aerial attacks, part of an escalation of the war that has seen Ukrainian forces attempting to retake land occupied by Russia in the country's east.

But there have been no recent official reports indicating that the purported event described in the posts actually occurred.

An identical video was also shared alongside a similar claim on Facebook here and here.

The claim is false: the video has been taken from an online game.

Reverse image searches of keyframes on Google, followed by keyword searches on YouTube, found the video corresponds to a portion of an eight-minute clip posted here on September 2, 2022.

The clip was posted on a channel called UWC. The channel's description states: "All videos on the channel are a simulation of combat operations in the game ARMA 3."

Responding to the false posts, a spokesman for Bohemia Interactive told AFP on October 10 that the footage is a "user-made video from a modded version of Arma 3".

Below are screenshot comparisons between the video in one of the false posts (left) and the original video on YouTube (right):

AFP has previously debunked videos using clips from ARMA 3 simulations that had been falsely shared as genuine footage of combat in Ukraine.