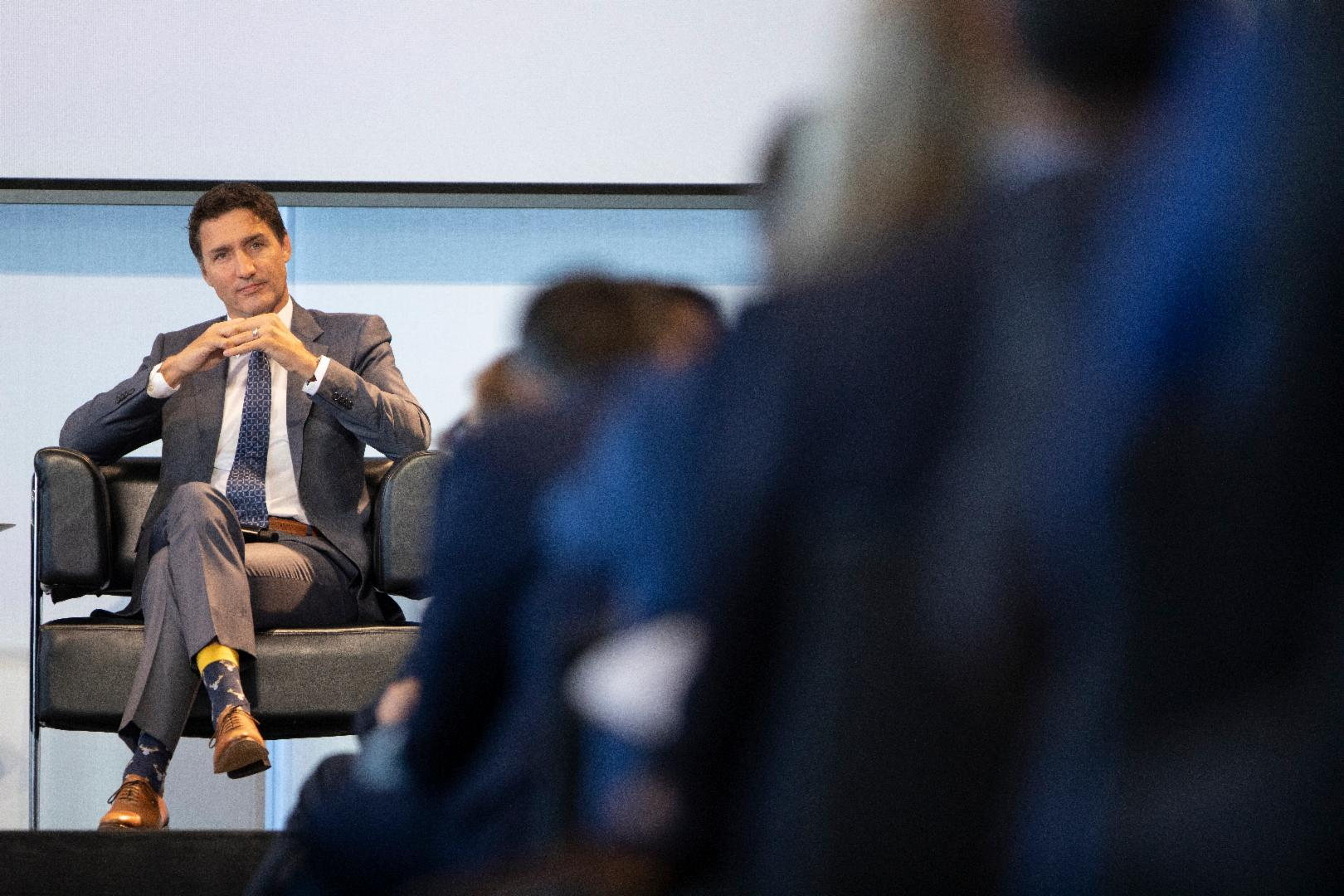 Social media posts claim Canada's public broadcaster published an online article quoting Prime Minister Justin Trudeau as saying that climate change was to blame for anger and resentment toward politicians. This is false; the story does not appear on the CBC's website, and the outlet confirmed to AFP that it did not publish the piece. 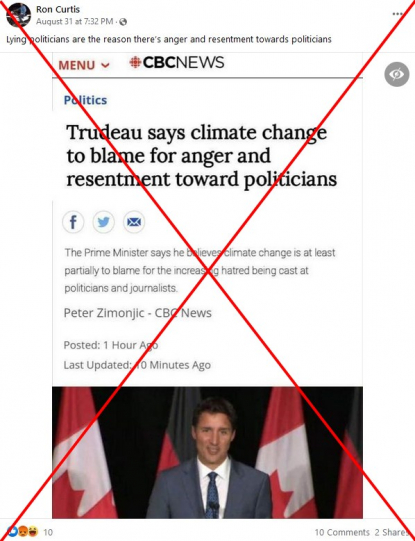 Text under the headline shown in the post says: "The Prime Minister says he believes climate change is at least partially to blame for the increasing hatred being cast at politicians and journalists."

The post does not contain a link, and a search for the headline on the CBC's website did not find such an article.

The claim was amplified by Canadian Olympic skating champion Jamie Sale who posted the image on Twitter. CBC News replied to the tweet saying: "This is a faked image. CBC News did not publish a story with this headline."

And a CBC spokeswoman confirmed the image does not show an authentic article.

"This is another in a series of inflammatory manipulated images of fake stories attributed to CBC News. I confirm that CBC did not publish this article," spokeswoman Kerry Kelly told AFP in an email.

The image circulated following an August 26, 2022 incident in which Deputy Prime Minister Chrystia Freeland was verbally harassed in the Canadian province of Alberta. On August 30, Trudeau was asked what he believed to be the reason behind the rise in threats against politicians.

The prime minister responded: "We've been through a lot, as a country, as a world over these past years. Obviously the pandemic, increasing anxiety because of climate change, transformations of our economy, rise in mental health and addiction problems, particularly with the opioid crisis that has been ravaging communities right across the country. So a lot of pressure on a lot of people."

He went on to say: "Each of us in positions of authority or power need to make sure that we are not inciting or encouraging anger or frustration, but actually putting forward concrete real solutions that are going to bring people along."

While repeating his answer in French, he more closely linked transformations occurring in the economy to climate change. Canada pledged to reach net-zero greenhouse gases emissions by 2050 and will require all car and passenger truck sales to be zero-emission by 2035.

AFP has debunked other fabricated CBC articles, as well as an image shared by Sale, made to look like a genuine story from Global News.