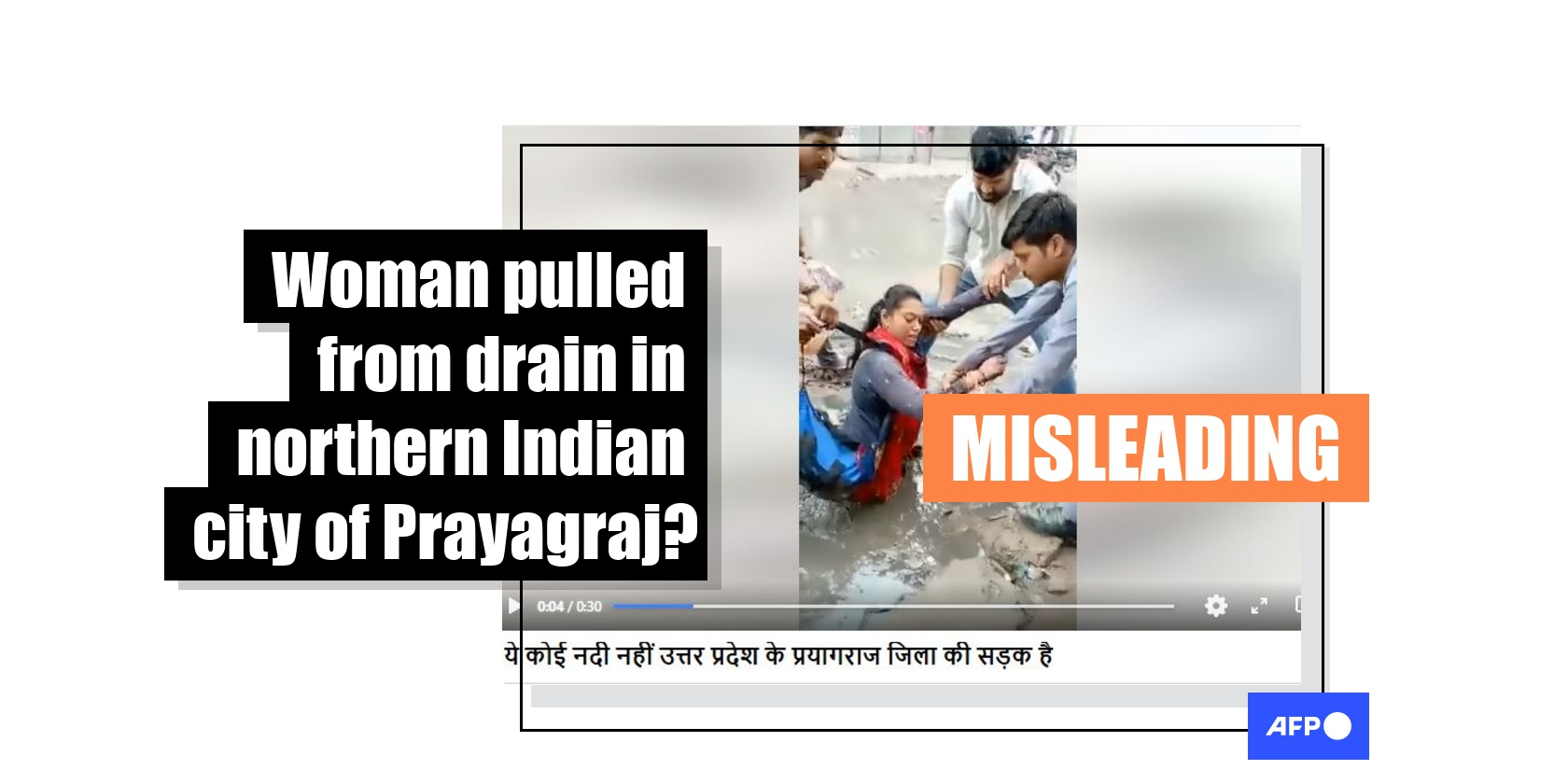 Footage of woman rescued from drain filmed in Indian capital Delhi, not Prayagraj

A video of a woman pulled from a muddy drain in the road has been viewed tens of thousands of times after it was shared in Facebook and Twitter posts that claim it shows an incident in the northern Indian city of Prayagraj, formerly Allahabad. However, the claim is misleading. The video was filmed in India's capital city of Delhi in August 2022. A social worker confirmed to AFP that he took the footage.

"This is not a river, it is a road in the Prayagraj district of Uttar Pradesh," reads a Hindi-language Facebook post shared on August 30, 2022.

The 30-second video, which has racked up more than 4,800 views, shows a group of men attempting to free a woman stuck in a muddy hole in the road. They eventually manage to pull her out.

Prayagraj, formerly known as Allahabad, is a city in India's northern state of Uttar Pradesh. 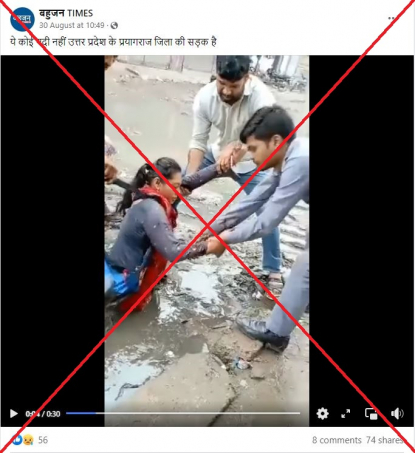 The clip has been viewed more than 157,000 times after it circulated in similar posts on Facebook here, here and here, and on Twitter here and here.

The posts circulated in August 2022, as heavy rainfall sparked flooding in Prayagraj.

A reverse image search on Google found a longer version of the video was posted on Facebook on August 23, 2022.

According to the caption, it was filmed on Barwala Road, in the Begumpur area of northwestern Delhi, on the same day.

The 48-second video was shared by an Indian Facebook user called Sachin, a social worker and adviser to the Begumpur area residents' welfare association.

He also tweeted the video on August 23, urging local authorities to repair the roads.

Below is a screenshot comparison of the video in misleading post (left) and the genuine video on Facebook (right).

Shop signs and buildings in the footage correspond to the Google Street View imagery of Barwala Road, dated May 2022, such as a shop called Fashion World and Hira's Multispeciality Hospital.

Below is a screenshot comparison of the genuine video (left) and Google Street View (right), with corresponding features marked by AFP:

Sachin confirmed that he filmed the video on Barwala Road on August 23, 2022.

"I am a social worker, and I, along with my team, was making a video of the street that was flooded due to the rain," he told AFP. "We suddenly saw a woman slipping in a drain. Thankfully, she was pulled out immediately."