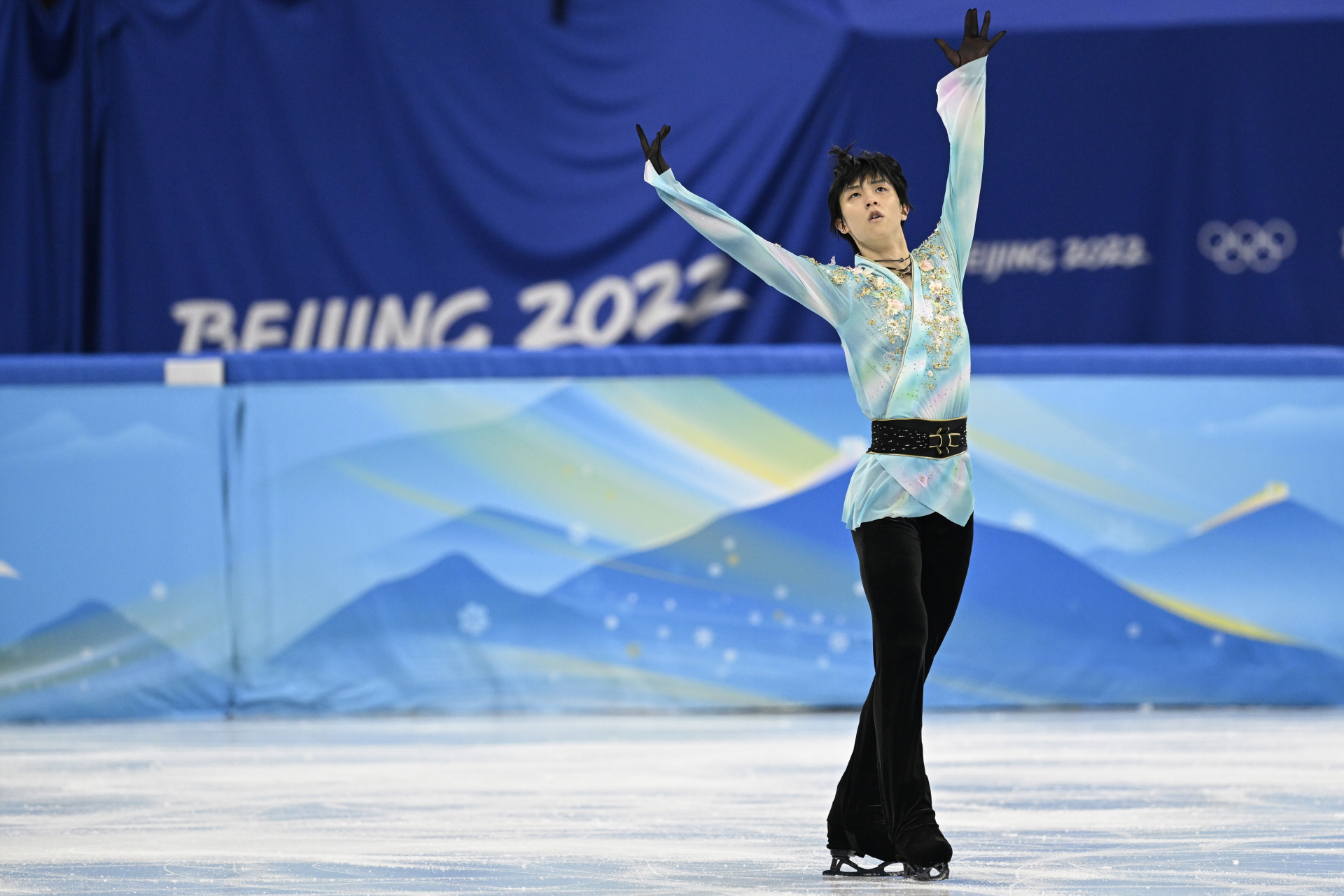 The claim was shared in a simplified Chinese-language Weibo post by a Chinese media organisation on February 10, 2022.

"According to Yahoo Japan and many other foreign media sources, #hanyuyuzuru4A was recognised by the International Skating Union," the post reads.

"4A" refers to the quadruple axel jump in figure skating, which consists of four-and-a-half rotations in the air.

It is considered the most difficult jump in the sport and has not been successfully performed at the Olympics to date. 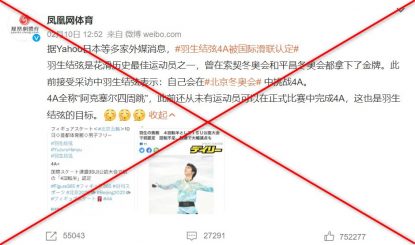 In response to the posts, a spokesperson for the International Skating Union told AFP: "According to the detailed Judges' scores, the jump was under-rotated, therefore it was not ratified."

The tally shows a "<" sign next to Hanyu's quadruple axel attempt.

This indicates an error, according to guidelines published here by the International Skating Union. 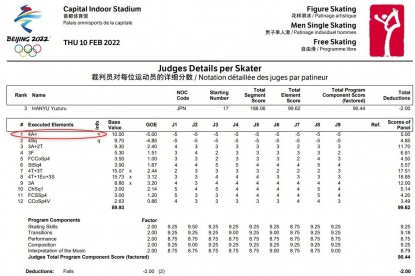 A screenshot, taken on February 18, 2022, of the judges details per skater record with the Quadruple Axel element circled in red by AFP..

The failed jump can be seen at the video's two-hour 49-minute mark: