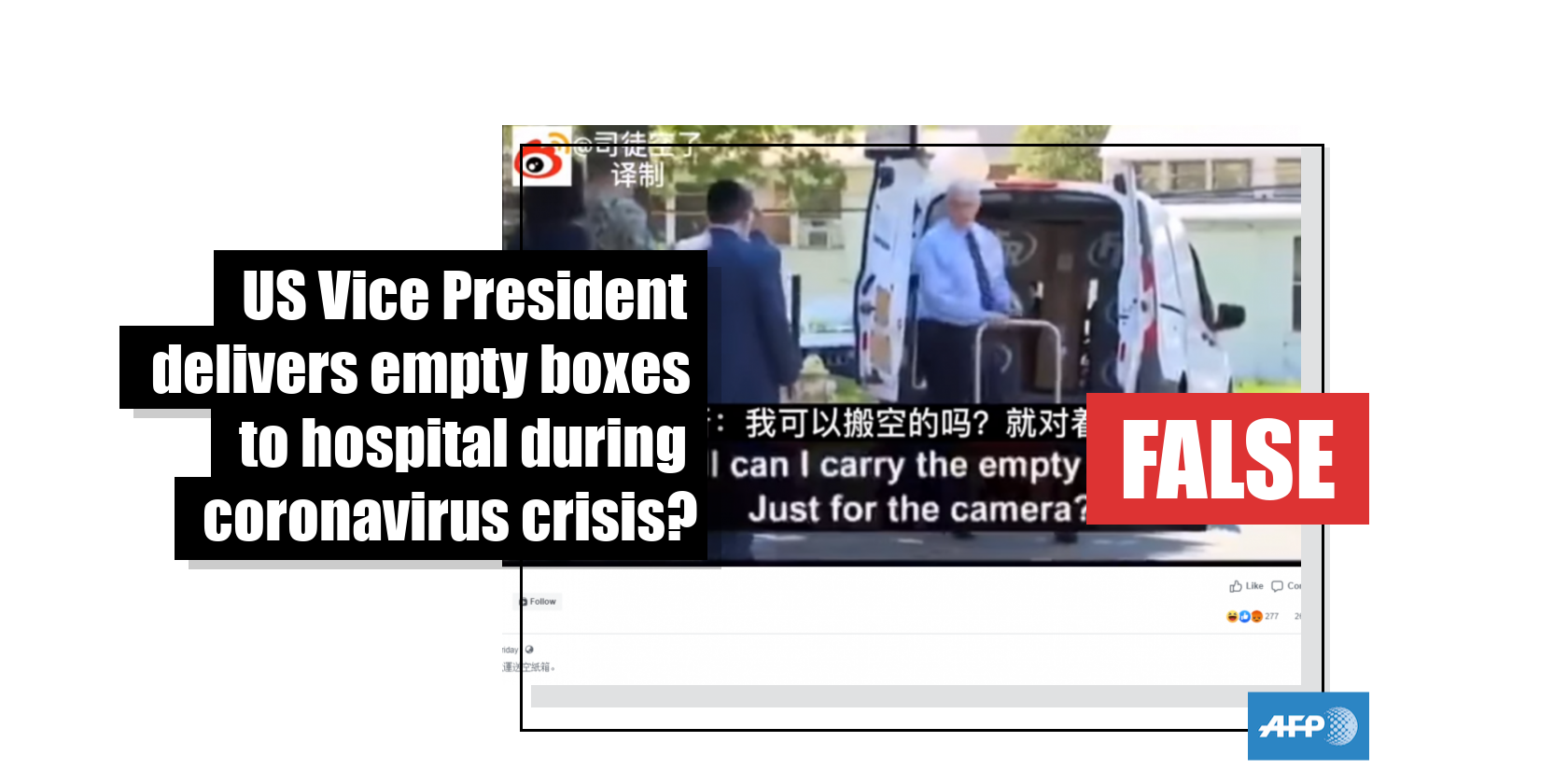 A video has been viewed millions of times in multiple posts on Facebook, Weibo and Twitter alongside a claim it shows US Vice President Mike Pence delivering empty boxes to a hospital for a publicity stunt during the coronavirus crisis. The claim gained traction online after the the clip was aired on the US television show Jimmy Kimmel Live!, hosted by comedian Jimmy Kimmel. The claim is false; the clip has been edited from a longer video which shows that Pence made comments about delivering "empty" boxes as a joke; Kimmel issued an apology about the misleading video broadcast on his show.

In the clip, Kimmel says Pence “didn’t realise he had the mic on” when “pretending to carry empty boxes of PPEs into a hospital”.

Pence can be heard saying; “Can I carry the empty ones just for the camera?” after being told by another man that some of the boxes in the van are “empty”.

The yellow Chinese characters superimposed on the first eight seconds of the video translates to English as: “US vice president had his show screwed up / He was broadcast live delivering empty boxes to a hospital.”

The video features the Weibo watermark on the top left corner, and the logo of US television network C-SPAN on the bottom right. 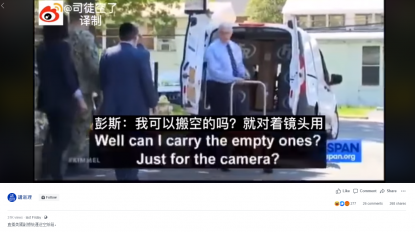 The caption of the post, written in traditional Chinese characters, translates to English as: “Vice president of the United States delivers empty boxes in live broadcast.”

A keyword search found this longer version of the video published on the C-SPAN website on May 7, 2020.

The same footage as the video shared in the misleading posts can be seen, in part, from the seven-minute 58-second mark and at the nine-minute three-second mark.

Below are screenshot comparisons of the video in the misleading posts (L) and the C-SPAN video (R): 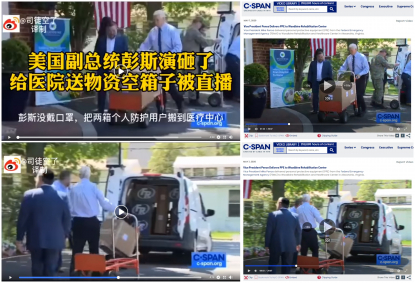 The C-SPAN video shows Pence wheeling boxes of PPE to the entrance of a healthcare facility. He returns to the back of a van filled with boxes, to be told “those are empty, sir”, to which he responds "Well can I carry the empty ones? Just for the camera?", before closing the trunk and turning away. Pence and his aides can be heard laughing after the exchange.

Jimmy Kimmel issued an apology here on Twitter on May 9, 2020, saying the full video shows Pence “was joking about carrying empty boxes”.

He also issued an on-air apology during his show Jimmy Kimmel Live! on May 12, 2020. This was also tweeted by Kimmel here on the same day.

The incident was also widely reported by US media, including news site USA Today here and broadcaster Fox News here.