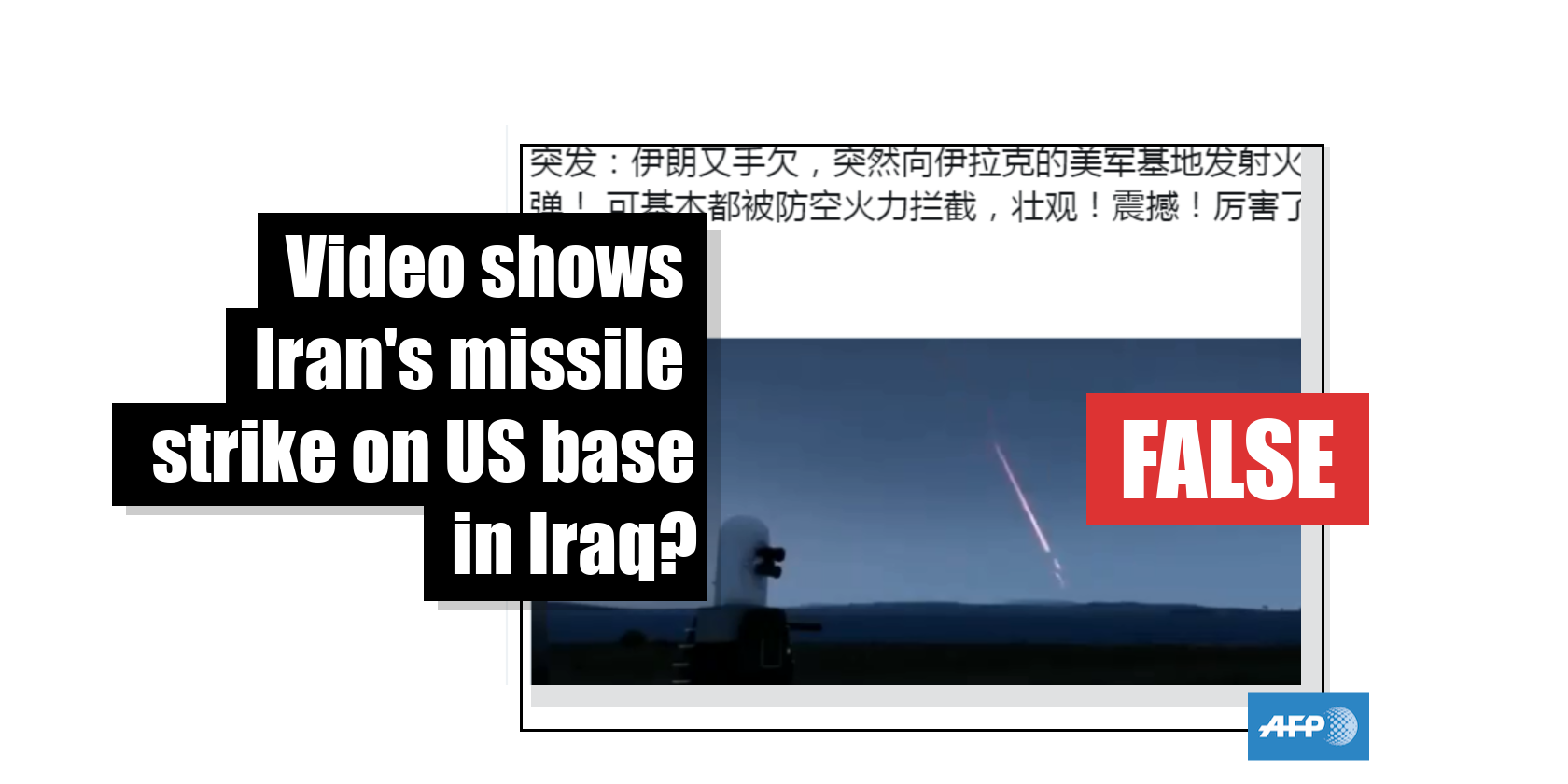 A video has been viewed tens of thousands of times in multiple posts on Twitter, Facebook and YouTube which claim it shows Iran firing rockets at a US base in Iraq. The claim is false; the clip is from a military themed video game called ARMA 3.

The post’s Chinese-language caption translates to English as: "Breaking: Iran acting foolish again, suddenly launched rocket projectiles at the American base in Iraq! But were basically intercepted by antiaircraft fire, spectacular! Astonishing! Awesome, the United States!" The video was also shared with a similar claim here on Facebook; and here and here on YouTube.

On January 8, 2020, Iran did fire missiles at Iraqi military bases housing US forces in retaliation for the US strike that killed Iranian general Qasem Soleimani the previous week, AFP reported here.

However, the claim made about the video is false.

A reverse image search on Google and keyword search found the same footage from ARMA 3 was published in this longer YouTube video on June 24, 2019.

The two-minute 53-second video has been embedded below.

The video’s description translates to English as: “Phalanx Tomahawk The moment of a Cius CIWS Phalanx cruise missile being shot down by a BGM-109 Tomahawk ARMA3 cruise missile”.

At the end of the video, Japanese text appears on the screen which translates to English as: “This video is a fiction. The characters, names, events are fictitious and have nothing to do with reality.”

The same video was also debunked here by a BBC journalist on January 9, 2020.

Bohemia Interactive, the company that developed ARMA 3, confirmed to AFP’s Portuguese team that the video was from the game.

In an email, the company stated: “We are sure that the YouTube video is from ARMA 3, made by one of our players. It should be noted that our ARMA games can be modified (adapted, NDLR) by their users and that people can create their own scenarios with the game editor. As such, what you are seeing in this video is not the ARMA 3 experience pattern, it seems to be a modified version of the game and a custom scenario made by players.”