Canada’s retired politicians eligible for pensions, but not salaries for life

A Facebook post shared hundreds of thousands of times worldwide claims that retired top politicians will receive large salaries “for life,” in contrast to low pay for soldiers and meager pension income for seniors. In Canada, however, prime ministers and members of parliament are not eligible for pensions until age 55, and benefits are capped at 75 percent of pay.

The post is years old and originates from an account in Australia. However, it has been shared across at least 23 public Facebook groups and pages in Canada since February 12, 2021 according to the social media monitoring tool CrowdTangle. 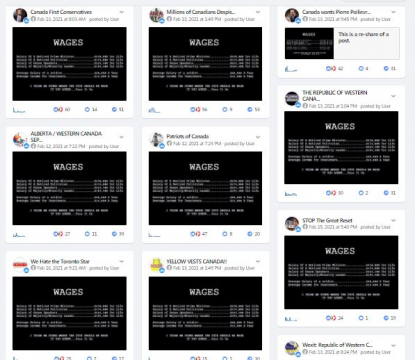 Screenshot of a CrowdTangle search taken on February 17, 2021

The figures in this post are not correct for Canada.

Heather Bradley, director of communications for Canada’s Office of the Speaker of the House of Commons, told AFP in an email that no parliamentarian is granted a salary for life, but they are eligible for pensions regulated under the Members of Parliament Retiring Allowances Act.

MPs are entitled to full pensions at age 65, if they have served six years. And some members who had served more than six years prior to January 1, 2016 may qualify for a full pension at age 55, with others eligible for a reduced pension at that age.

Currently, an MP is paid $182,600. Salaries automatically increase on April 1.

Retirement allowances are capped at 75 percent of a member’s salary.

According to a report for the fiscal year that ended on March 31, 2019 -- the latest data available -- the average annual retirement allowance paid was $69,081.

A prime minister who serves for four or more years is entitled to a special retirement allowance starting at age 67, in addition to a pension as a member of parliament. The allowance is calculated using the formula explained below.

Screenshot of the Canadian government website taken on February 17, 2021

The pensions are funded with taxes and contributions from MP salaries. Since 2013, MPs have paid an increasing portion of their earnings toward the retirement plan, with contributions reaching a combined rate of 23.34 percent of pay as of January 1, 2021.

Anthony Rota, Speaker of the House of Commons since 2019, and George Furey, the Speaker of the Senate since 2015, will not receive their current salaries for life, but will be eligible for retirement allowances.

Canada’s parliament does not have the title of majority or minority leader as is found in the US Congress.

The closest thing to a majority leader is the prime minister.

The minority leader is equivalent to the Leader of the Opposition in the House of Commons. The politician in that role receives an additional $87,200 on top of the base salary of $182,600 and a $2,000 car allowance for a total of $271,800 while holding the office.

General service officers make more, with a second lieutenant starting at a monthly salary of $4,774 or $57,288 a year.

For Canadians receiving the CPP retirement pension, the maximum payment in 2021 for those who did not take benefits until 65 years of age is $1,203.75 per month or $14,445 annually.

The government said the average monthly amount paid in October 2020 was $614.21. 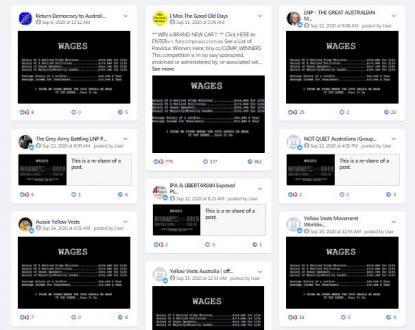 The figures presented in the post are also inaccurate for Australia.

Retired Australian politicians have access to a defined benefit if they were elected prior to October 9, 2004 and served at least eight years in parliament.

Under the Parliamentary Contributory Superannuation Scheme (PCSS) politicians contribute 11.5 percent of their salaries.

The exact amount of payment varies based on years of service and is set each year by the Remuneration Tribunal, but it can be as much as 75 percent of an MP’s designated base salary.

The retirement benefits for MPs elected after October 2004 are governed by the Parliamentary Superannuation Act of 2004. The government makes contributions of 15.4 percent of salary to the fund on their behalf.

This is a less generous benefit than the PCSS plan, but far more than the minimum superannuation contribution required from Australian employers of 9.5 percent of a worker’s earnings.

The same salary is paid to the President of the Senate in Australia.

This compensation does not extend “for life.”

The Australian parliament also does not have a role called majority or minority leader.

The base salary for an Australian soldier is currently $49,900.

Age Pension eligibility is income tested and asset tested and payments are reduced to individuals making more than $178 every two weeks or who own assets beyond $268,000 for homeowners.

AAPFactCheck also reported on this claim in Australia in 2019 here.