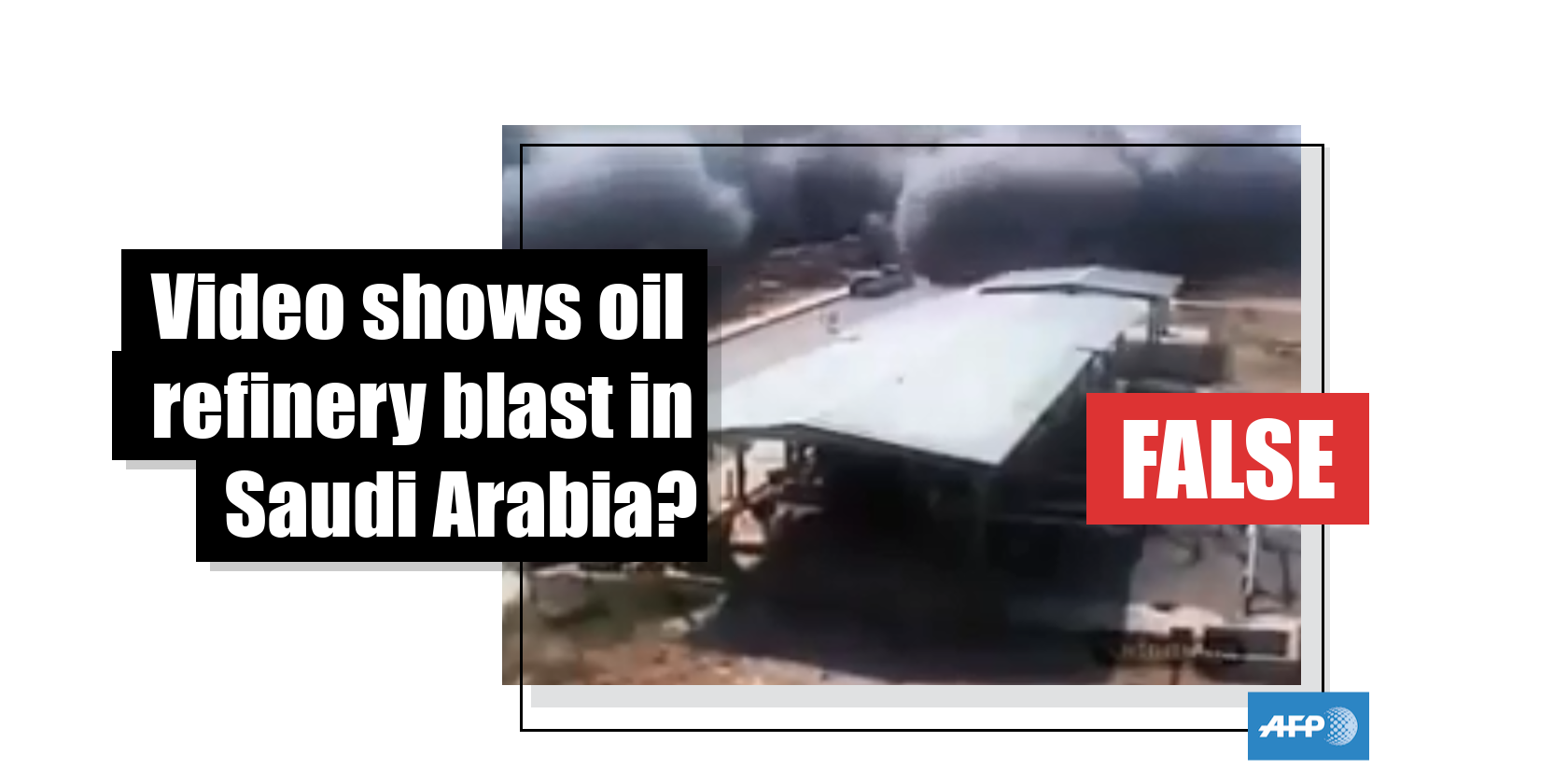 A video of a large explosion has been viewed hundreds of thousands of times in multiple Facebook posts which claim it shows a recent blast at Saudi Arabia's Aramco oil refinery, which was hit by drone strikes on September 14, 2019. The claim is false; the video has circulated online since 2012 in reports about an explosion at a natural gas plant in northern Mexico.

The one-minute 44-second video was published here in a Facebook post on September 17, 2019, with a caption saying: “Saudi Aramco Refinery Blast.”

‘Saudi Aramco’ refers to Saudi Arabia’s national petroleum and natural gas company based in eastern Dhahran city. An Aramco oil facility was attacked by drones on September 14, 2019, as reported here by AFP. 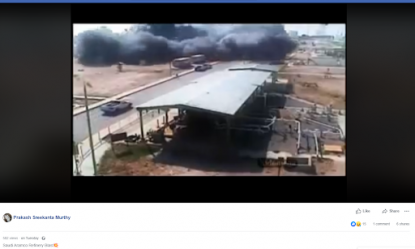 The video has also been shared elsewhere on Facebook, for example here, here and here alongside a similar claim. The video has been viewed hundreds of thousands of times.

The claim is false; the video shows an explosion at a gas plant in northern Mexico’s Reynosa city on September 18, 2012.

The same video previously circulated in reports in May 2019 about drone attacks on oil installations in Saudi Arabia, as debunked by AFP's Arabic fact check team here.

A reverse image search on Google using keyframes from the video obtained with video verification tool InVID and a subsequent keyword search found this identical video published on YouTube on December 11, 2012. The video is embedded below.

The YouTube video's Spanish-language title translates to English as: "Explosion of Pemex in Reynosa Tamaulipas (2 angles)".

Its description translates to English as: "Video stunning images of the last Explosion Pemex Reynosa Tamaulipas that left 31 dead and 47 wounded. This video of Reynosa -Mexico at Pemex refinery explosion that killed 30 last September CCTV - Explosion on Refinery in Mexico! Like an Action Movie Scene! - Occurred on 9/19/12." 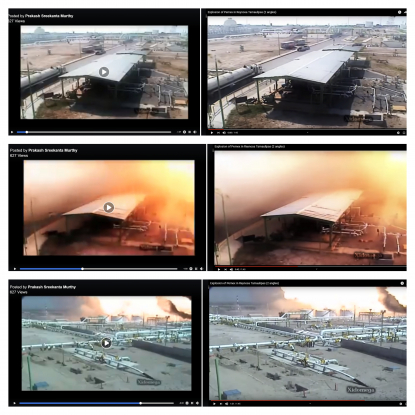 The incident occurred at state-run Pemex energy firm and the company posted a tweet here from their official Twitter account on September 19, 2012, about the death toll in the accident.

The Spanish-language tweet translates to English as: “Updated report of the accident in Reynosa: 26 deceased workers, 4 of them from Pemex and 22 from contractor companies.”

The incident was also reported by multiple other media organisations, for example here by the BBC and here by CNN.