A photo of Bangladesh Prime Minister Sheikh Hasina has been shared repeatedly on Facebook in January 2022 with a claim it shows her signing a "new law" specifically for child rape. The posts are misleading; the photo has circulated in news reports since 2019 about Hasina attending an oath-taking ceremony for newly elected MPs. Bangladesh introduced the death penalty as the maximum punishment for rape in 2020. Since then, the South Asian country has not passed a new law specifically for convicted child rapists.

The photo was posted here on Facebook on January 3, 2022.

"Honourable Prime Minister Sheikh Hasina has signed a new law for the direct death penalty for the crime of child rape", its Bangla-language caption translates in part. 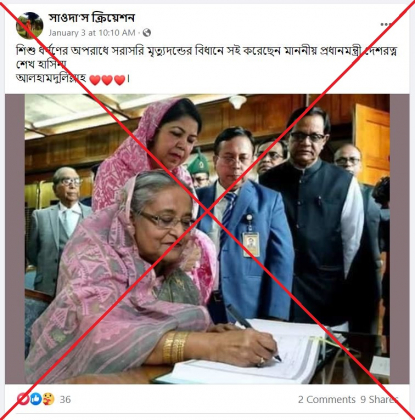 The same photo was shared here and here on Facebook alongside a similar claim.

But these posts are misleading.

A reverse image search on Google shows the photo shared in the misleading posts has been published in news reports since 2019 that do not relate to new punishments for convicted child rapists.

The reports state the photo shows Hasina signing an official book for MPs at an oath-taking ceremony in Bangladesh's national parliament on January 3, 2019. 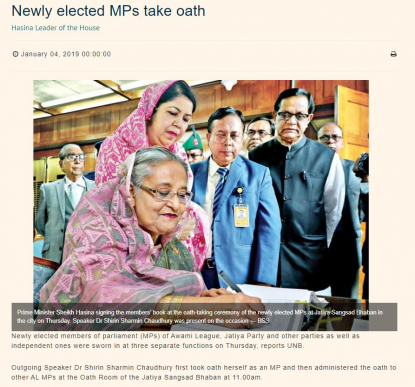 The 2020 law covers all rape cases including child rape.