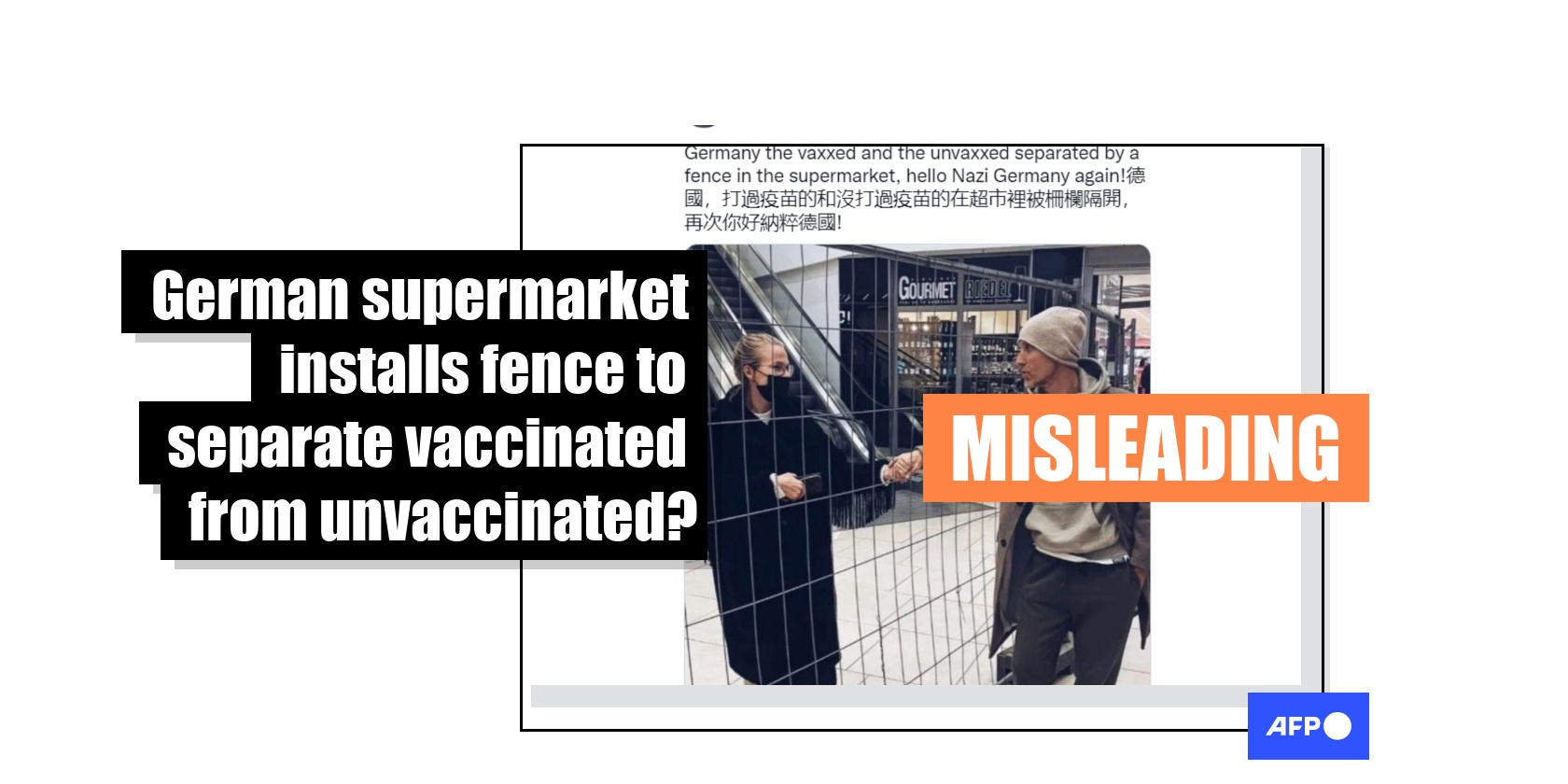 A photo of two people holding hands through a fence has been shared hundreds of times in Facebook and Twitter posts that claim it shows a "new Berlin Wall" separating "vaccinated and non-vaccinated people" in a German supermarket. The posts circulated online as parts of Europe faced a new surge of coronavirus infections. However, the claim is misleading. The photo -- which was taken in October 2021 -- shows people in a Latvian supermarket, where a fence was installed to separate vaccinated and unvaccinated customers during a three-month state of emergency.

"In Germany, a fence separates vaccinated and non-vaccinated people in the supermarket," a Twitter post shared here on December 3 reads.

It circulated online after then German Chancellor Angela Merkel said Germany would impose sweeping curbs on people who are not vaccinated against Covid-19.

"Culture and leisure nationwide will be open only to those who have been vaccinated or recovered," Merkel said, adding that the same rule would also apply to non-essential shops. 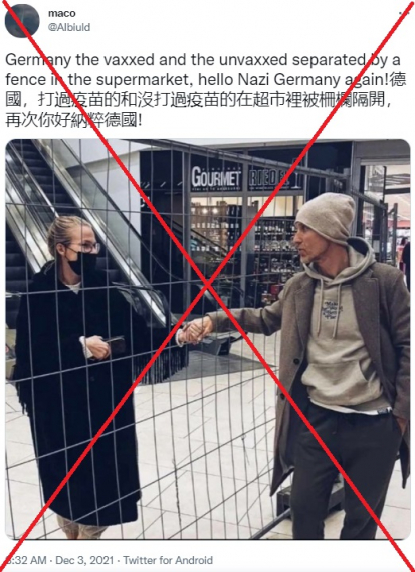 Another post written in simplified Chinese language described the fence in the image as "the new 'Berlin wall' in Germany".

Some social media users appeared to be misled by the claim.

"Are the Germans really crazy or pretending to be crazy," one user commented.

“The Berlin Wall fell, and the Quarantine Wall came again,” another user said.

The posts circulated online as some countries in Europe faced a new surge of coronavirus infections fired globally by the Omicron variant. AFP reported on the developments here.

The same image has been circulated on Twitter and Facebook alongside a similar misleading claim here, here and here.

In fact, a reverse image search found that the original photo shows a shopping mall in Latvia -- not Germany.

Aldis Gobzems, a Latvian politician and lawyer, shared the image on his personal Facebook account here on October 13, 2021.

"We are separated by a virus-proof fence. Kristi (the woman in the picture) has a QR code, I don’t have [one]," Gobzems said in the post. 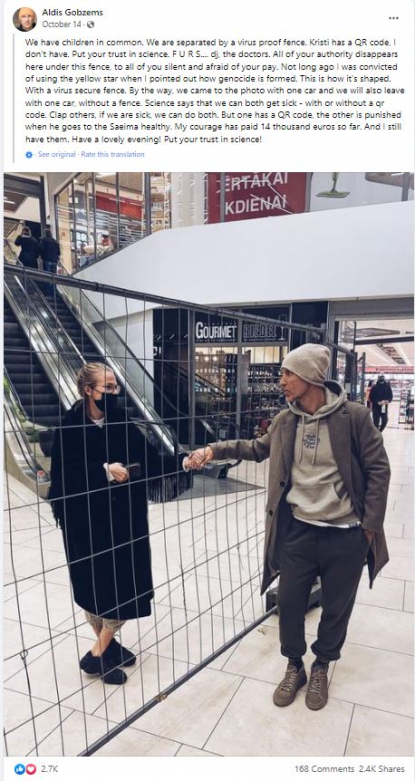 Another reverse image search on Google found the photo was taken at the Alfa shopping center in Riga.

A spokesperson for the mall told AFP the photo was taken after Latvia declared a three-month state of emergency on October 11, 2021 -- following a record surge in Covid-19 infections.

As part of the measures, the government announced unvaccinated Latvians would not be allowed to enter supermarkets.