A video has been viewed tens of thousands of times in multiple social media posts that claim it is a concept video for a new smartphone from Tesla released by the company's CEO Elon Musk. The claim is false: the video was created with computer-generated imagery by a designer who imagines new gadgets. There have been no official statements from Tesla about the launch of a smartphone.

It was shared alongside a claim that Musk had released a concept video for a "Tesla mobile phone". 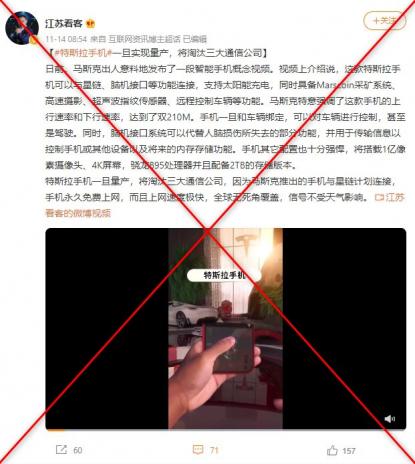 "A few days ago, Musk unexpectedly released a smartphone concept video," the simplified-Chinese caption reads in part. "Once the Tesla mobile phone is mass-produced, the three major communications companies will be eliminated," the post adds.

It claims that the Tesla phone can connect with Starlink; has a "brain-computer" interface; supports solar charging, and can take control of vehicles remotely.

Starlink is a SpaceX-operated satellite internet constellation that provides satellite Internet access to the majority of the Earth's surface.

The “Brain-computer" interface enables a human brain and an external device to communicate — to send and receive signals.

The video shows a hand playing with a flip phone. The phone is playing a YouTube video until it is apparently interrupted by an incoming call from Musk, at which point the video ends.

"Tesla phone," the simplified-Chinese text overlay the video reads, "I got to go now, Musk is calling to say hurry up".

An identical video was also shared on Weibo, Facebook, and the Chinese version of TikTok, Douyin, alongside a similar claim.

A reverse image search on Google found the same video published here on Instagram on June 29, 2021.

The account that published the video is called imkashama. The Instagram biography gives the name Kashama and describes the person as a designer. 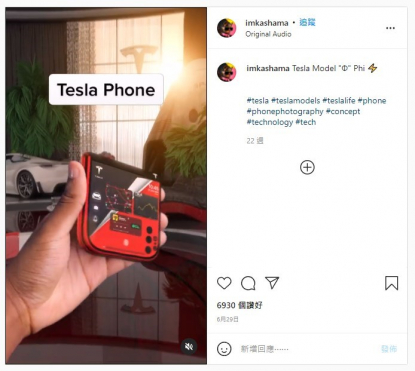 A screenshot, taken on December 2, 2021, of the Instagram video.

Text in the Instagram post and beside the TikTok video reads: "Tesla Model "Φ" Phi" followed by hashtags including #tesla and #concept.

Twenty concept videos of unreleased tech products have been published on the imkashama Instagram account, for example, a rendering of an "Apple iCar" phone that can control a car remotely here.

One of the concept videos -- which imagines what a handheld Xbox console might look like -- was reported on here by technology magazine Ubergizmo under the headline: "Xbox handheld concept goes viral on TikTok."

Below is a screenshot comparison of the video of the purported Tesla phone in the misleading post (L) and the video published by imkashama on Instagram (R): 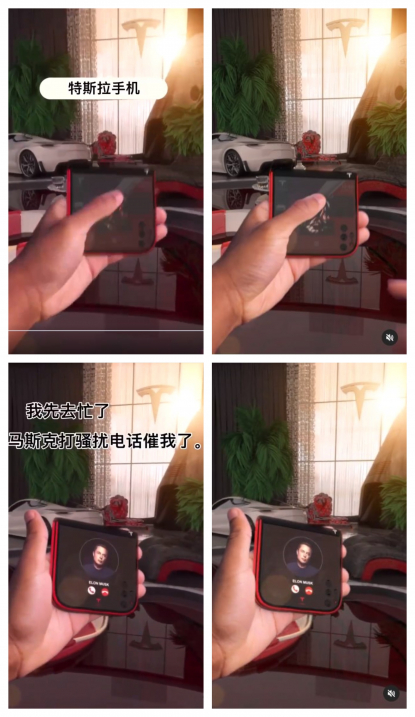 Tesla has not made any official announcement that it will be releasing a smartphone.