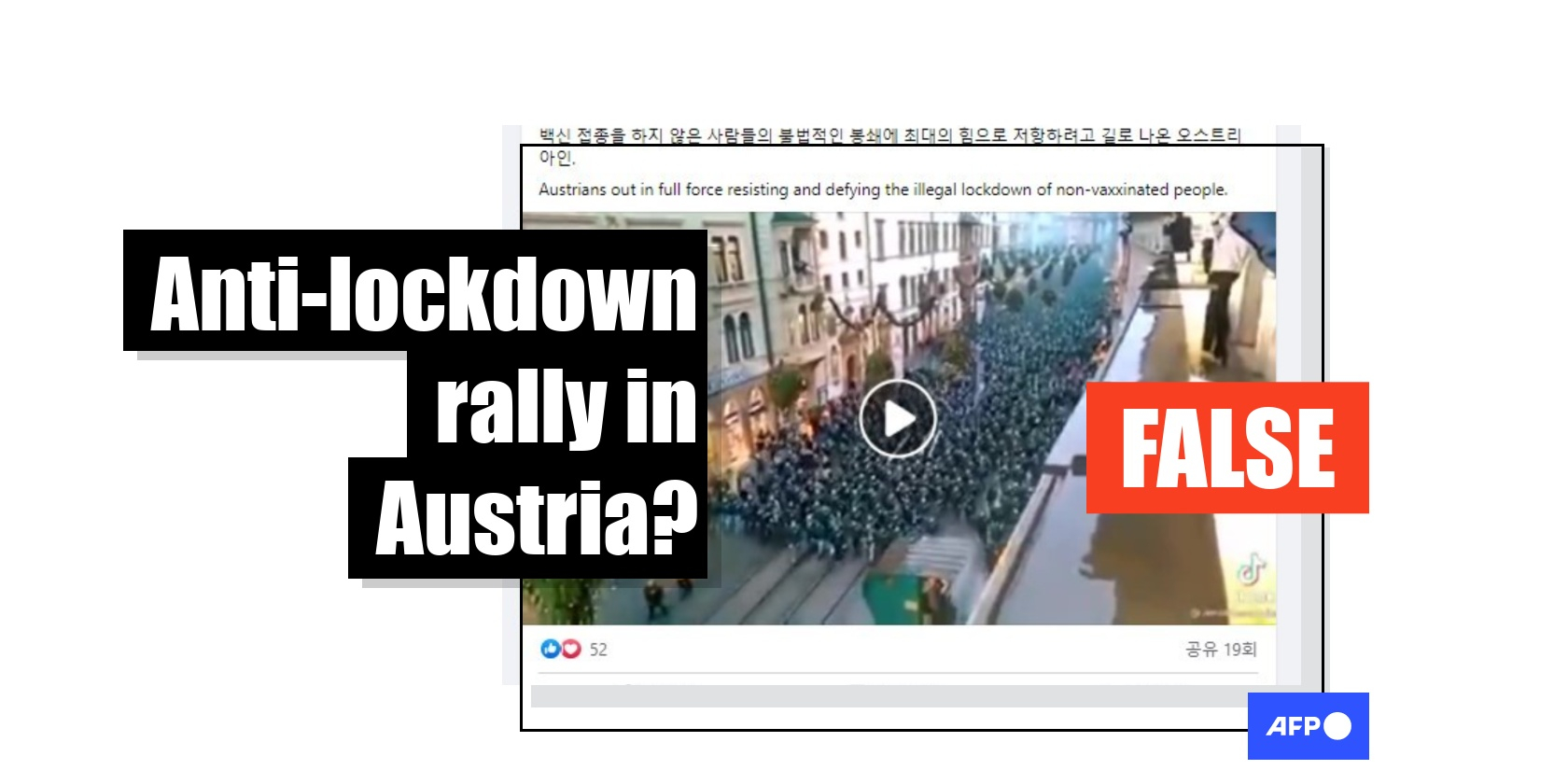 This video shows football fans marching through an Austrian town in 2019, not an anti-lockdown rally

A video has been shared multiple times on social media in South Korea alongside a claim it shows a protest against Covid-19 restrictions in Austria. The claim is false: the video was first posted online in November 2019, at least one month before the onset of the Covid-19 pandemic. It shows football fans marching along a street ahead of a Europa League match in Austria.

“Austrians out in full force resisting and defying the illegal lockdown of non-vaccinated people,” the claim reads, in both Korean and English. Screenshot of the misleading claim shared on Facebook. Captured November 24, 2021.

A similar claim was shared on Facebook here and here, as well as on Telegram here.

Through a reverse image search on Google using screenshots from the video, AFP found the same footage was posted here on November 29, 2019, on YouTube.

According to the description on YouTube, the footage shows fans of German football team Borussia Mönchengladbach marching through the Austrian city of Graz.

Photos from AFP's archive correspond with this:

Screenshot of an AFP photo showing a football match between Wolfsberg RZ Pellets WAC and Borussia Moenchengladbach in Graz on November 28, 2019.

Other photos of fans marching through Graz can be seen on this image database here.

The photos show the same Christmas decorations on display in the town, which can also be seen in the video shared on Facebook:

Screenshots of images of the fan march in Graz, Austria.

The Austrian government announced on November 14, 2021, that a lockdown would be imposed on all people not vaccinated or not cured of Covid-19.

Following this announcement, hundreds of demonstrators gathered in the afternoon in front of the Austrian Chancellery, waving signs opposing compulsory vaccinations. 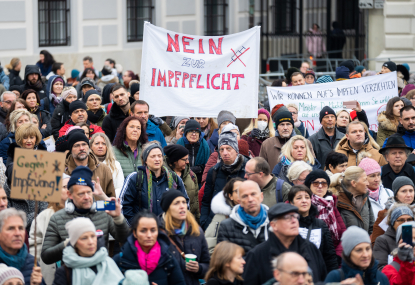 A demonstrator holds a placard reading 'No to compulsory vaccination' during an anti-vaccination protest at the Ballhausplatz in Vienna, Austria, on November 14, 2021, after a Corona crisis' summit of the Austrian government. ( APA / GEORG HOCHMUTH)