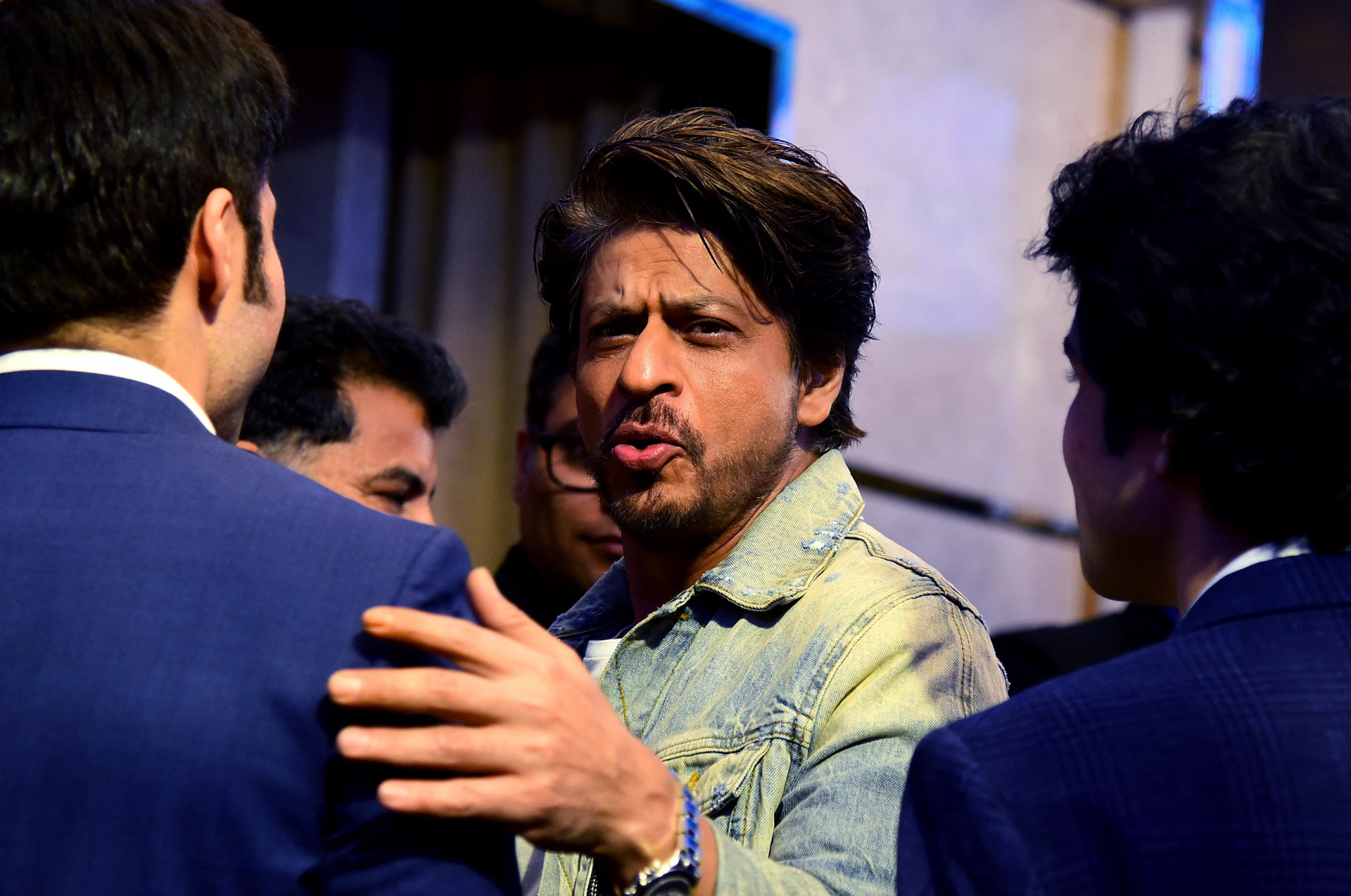 
A photo of Bollywood actor Shah Rukh Khan circulating on Facebook appears to show him wearing a T-shirt pledging support for a pro-Muslim political party. Khan is among a group of high-profile Bollywood actors who identify as Muslim in Hindu-majority India. In fact, the image has been doctored; the text and logo for the All India Majlis-e-Ittehad-ul-Muslimeen (AIMIM) party have been superimposed on Khan's photo.

The picture appears to show Khan wearing a T-shirt with the symbol of the AIMIM -- a political party that promotes the rights of Muslims and other minority groups in India.

All India Majlis-e-Ittehad-ul-Muslimeen (AIMIM) is sometimes referred to as MIM, while 'Kite' refers to the party's symbol.

The Hindi-language text superimposed on the picture translates as: "Shah Rukh Khan doesn't have a problem supporting Owaisi, who made a remark on the killing of Hindus. But if two-four issues are said in favour of Hindus, Khan has an issue.

"Khan campaigning for Owaisi’s party should be shared widely, his real face of secularism should be unearthed, long live India." 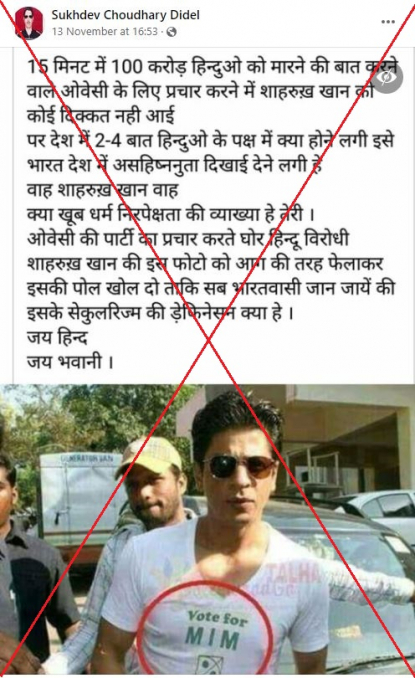 Screenshot of the altered photo shared on Facebook, taken on November 29, 2021

However, the image is doctored.

The text and logo on Khan's T-shirt have been digitally superimposed.

A reverse image search on Google found the original photo of Khan published here in 2009 on the entertainment website Bollywood Hungama.

A similar image of Khan was published here by Getty Images in 2009.

The photo's caption reads: “Actor Shah Rukh Khan arrives to meet Akshay Kumar on the sets of his film Blue in Mumbai on Friday, September 18, 2009.”

Below is a screenshot comparison of the image in the misleading post (L) and the Getty images photo (R): 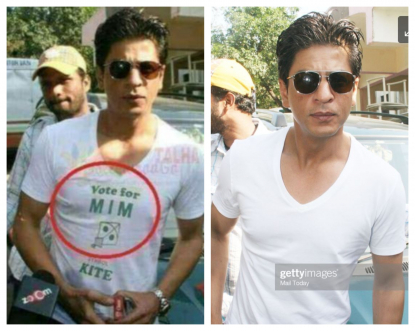 While Khan identifies as a Muslim, AFP found no evidence that he has expressed support for the AIMIM as of December 3.