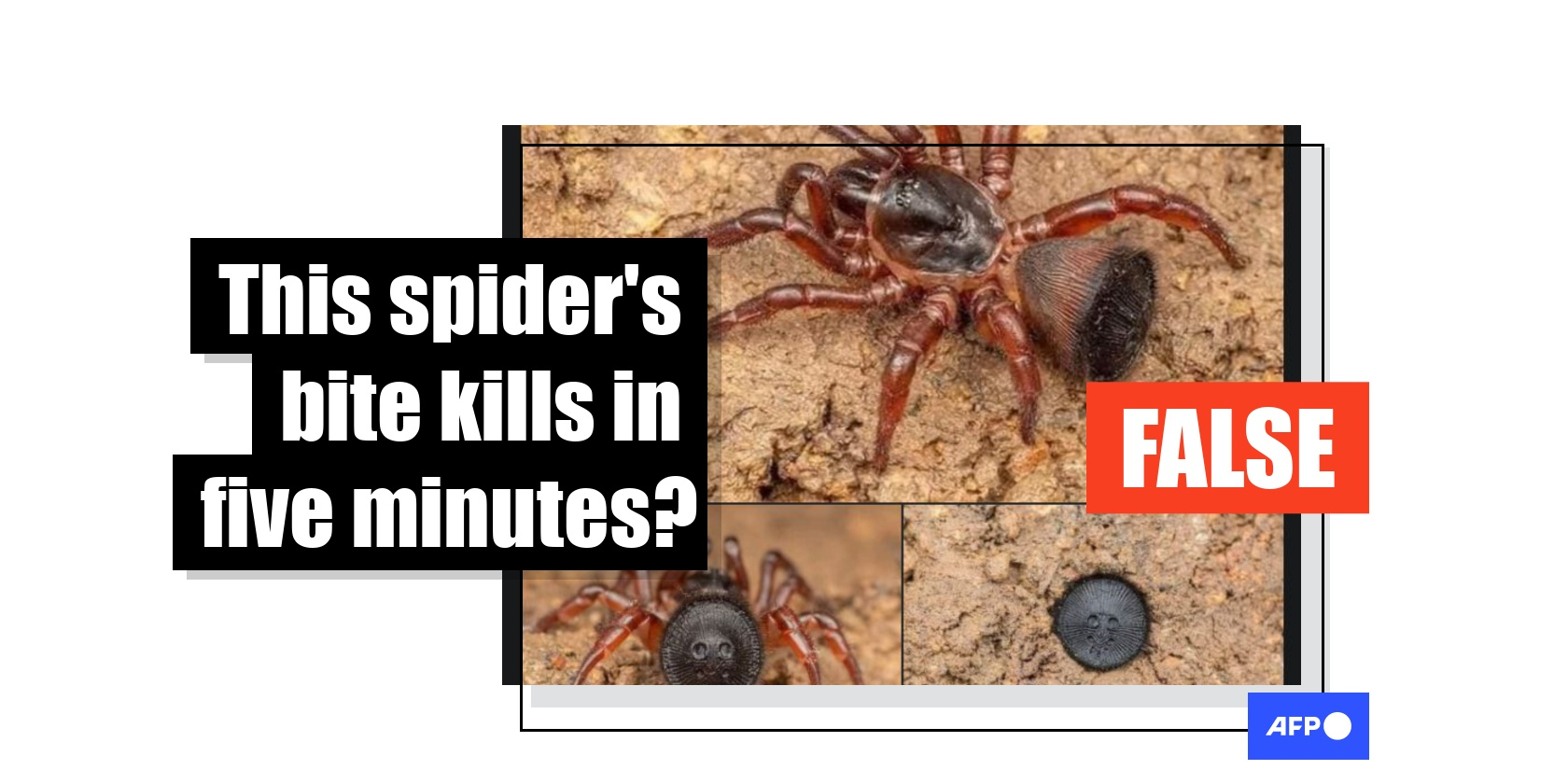 Experts say trapdoor spider is not dangerous to humans

Images of a brown spider are circulating in social media posts claiming that it is “very poisonous” and warning beachgoers that its “sting” could kill humans in five minutes. However, the claim is false; the photos show a type of trapdoor spider, which experts say is not dangerous to humans.

The claim, which is widely circulated alongside three photographs of the spider, appears in this post by a Facebook user in Nigeria.

“For those of you who are going to the beach . Please beware of this. Don't try to pick it up thinking it’s a work of art.  It's a very poisonous spider.  If it stings you you will die within 5 minutes (sic),” reads the caption of the post, which has been shared more than 91,000 times since it was published on October 27, 2021. 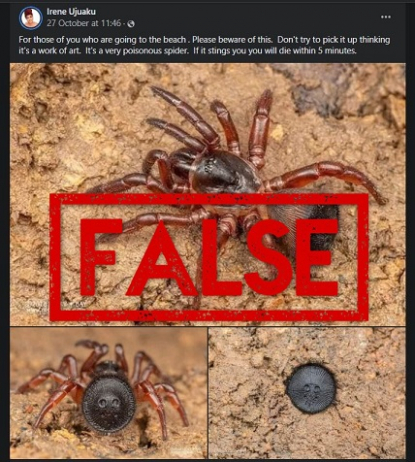 Social media monitoring tool CrowdTangle revealed that the claim has since been reshared across the world, including in the Philippines and Cambodia.

But there is no evidence that this spider is dangerous to humans.

AFP Fact Check conducted a reverse image search on the images and traced their origin to the Flickr account of Singaporean photographer Nicky Bay. A watermark with his logo and copyright information in the original versions match with the watermark at the bottom of the images shared on Facebook. 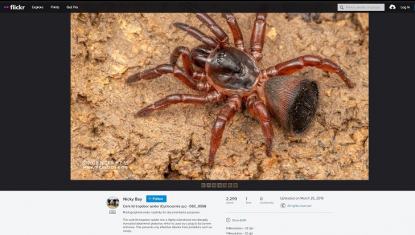 Screenshot taken on November 9, 2021, showing one of the images on Flickr

“Cork-lid trapdoor spider (Cyclocosmia sp.),” reads Bay’s caption on the images, which were uploaded to Flickr on March 25, 2019. “Photographed under captivity for documentation purposes.

“The cork-lid trapdoor spider has a highly sclerotised and abruptly truncated abdominal posterior, which is used as a plug to its burrow entrance. This prevents any effective attacks from predators such as wasps.”

The photographer also published the same set of images on Twitter in 2020, stating that he was the author of these shots.

Meanwhile, experts confirmed that these photos show a trapdoor spider and dismissed the claim that it is dangerous to humans.

First, the trapdoor spider in the images is a species of Cyclocosmia that is not known to be toxic to humans, according to Jason Bond, professor in the department of entomology and nematology at the University of California, Davis.

“My lab here at UC Davis has a lot of experience working with Cyclocosmia and other related trapdoor spider species; we do not consider them to pose any danger whatsoever, to us, or other humans. There are over 50,000 species of spiders; of those only 20 [to] 30 are ‘dangerous’ to humans.”

Bond explained that like nearly all spiders, Cyclocosmia does employ venom when it catches its prey but that it is targeted toward insects and other small-bodied arthropods. He added that there is no known spider species that is so toxic to humans that it could possibly kill a person in five minutes.

“If the [trapdoor] spider bites, and it injects some venom, the location of the bite may become a little red and a little swollen, not unlike being stung by a honey bee. This would be the response for most people,” Cole Gilbert, professor of entomology at Cornell University, told AFP Fact Check. “Thus, we do not consider the trapdoor spider venomous to people.”

Gilbert explained that spiders kill their prey using their two jaws with hollow fangs through which they can inject venom, like a snake. But they can choose not to inject venom when they bite in defense.

He added that in the case of trapdoor spiders, their jaws are large enough that they could tear human skin even if they do not inject any venom.

“Different people react differently to venoms. Thus, some people could have a lethal reaction to the sting of a honey bee, but [the] vast majority of people do not. Thus, it is possible that some person had a bad reaction to the bite of a trapdoor spider, but most people will not.”