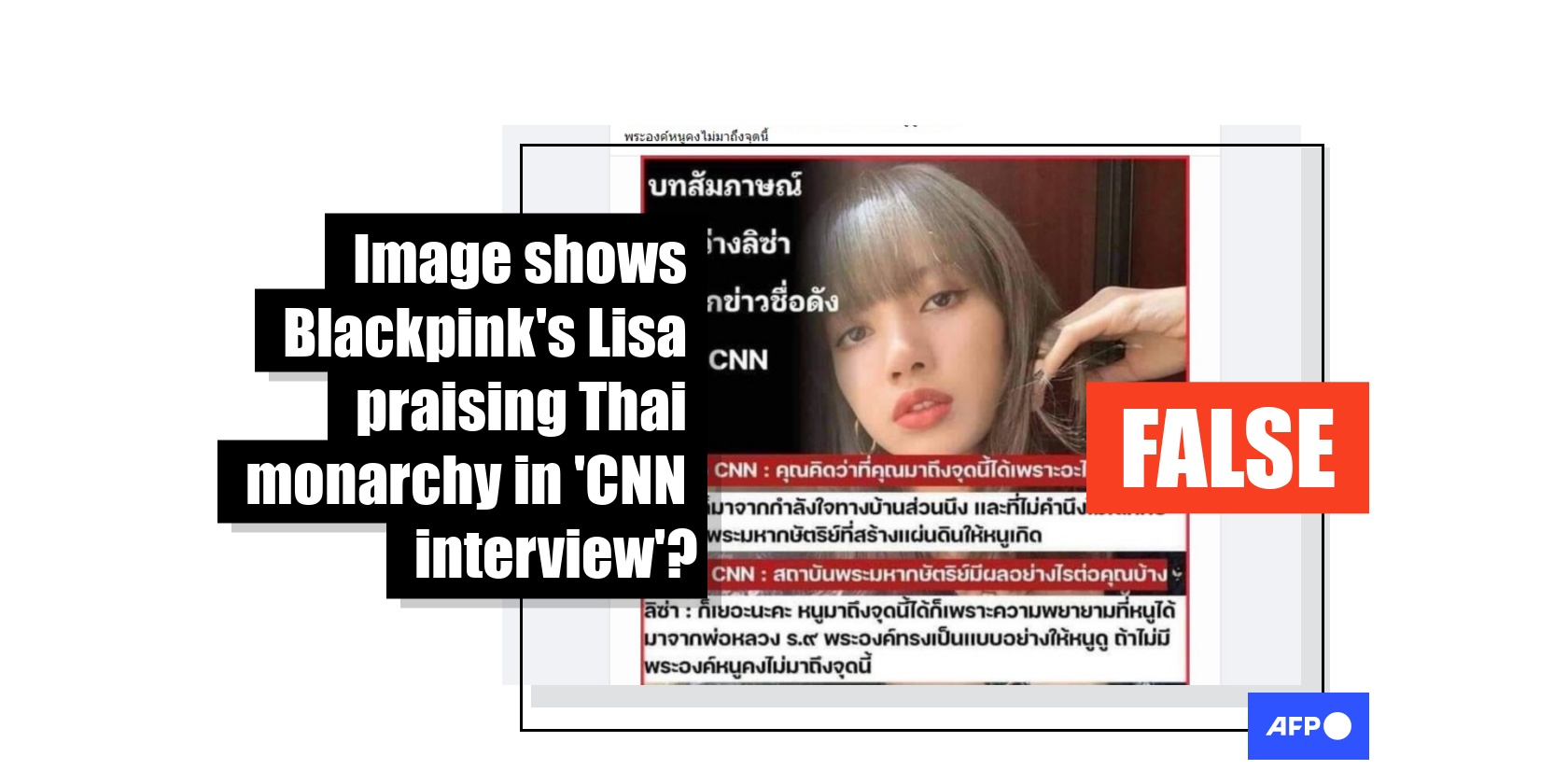 Multiple social media posts circulating in Thailand have shared an image that purports to show Lalisa Manobal -- the Thai superstar member of K-pop sensation Blackpink -- praising the Thai monarchy in an interview with CNN. However, a spokesperson for CNN told AFP that the quotes were not taken from a genuine interview with the performer.

It purports to show a genuine CNN interview with Lalisa Manobal -- known to fans as Lisa -- from K-pop band Blackpink.

The post's Thai-language caption translates to English as: "Lisa is a great role model for a new generation of Thais. Although world famous she does not forget her home country. She understands obligation and is grateful for her hometown. She is a patriot and is grateful of religion and the [Thai] monarch." 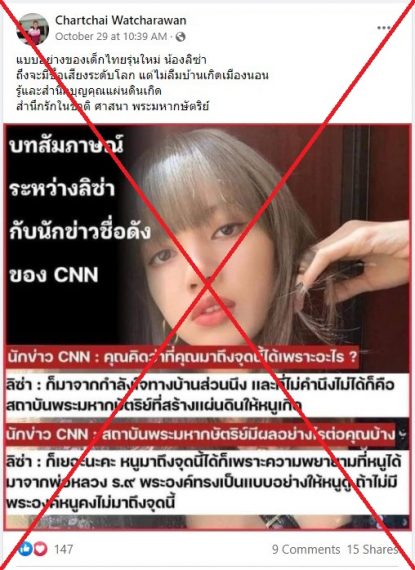 The Thai text on the image reads: "CNN journalist: Why do you think you've reached this point in your career?

"Lisa: The motivation came from my home partially, and the thing that can’t be overlooked is the royal institution that created this land I was born in.

"CNN journalist: How has the institution of the monarchy impacted you?

The Cable News Network -- commonly known as CNN -- is a television channel based in the United States.

The same image was shared on Facebook here, here, and here alongside a similar claim.

However, this claim is false. CNN told AFP that the purported quotes in the image were fabricated.

"[The purported comments] are not from CNN," Penelope Heath, director of communications for CNN, Asia Pacific, said in an email on November 3, 2021.

Keyword searches for the purported interview on CNN's website found no matching results.

Keyword searches on YouTube also found no videos of Lisa being interviewed by CNN.

The four members of Blackpink were interviewed by CNN in 2020 but the report contained no quotes from Lisa.