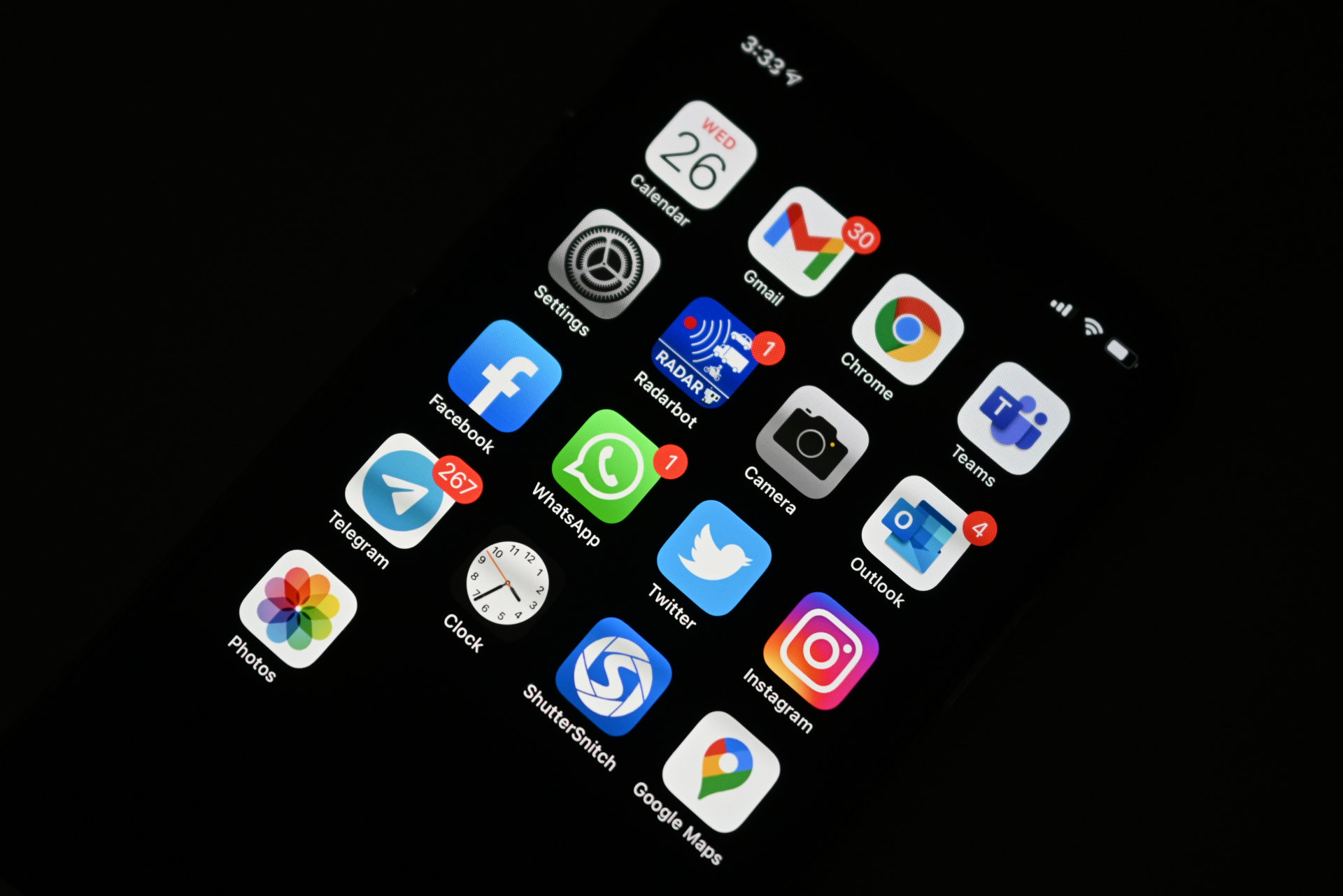 The photo illustration taken on May 26, 2021, in New Delhi, shows the icon of the mobile messaging application WhatsApp (3rd row, 2nd column) on the screen of a smartphone. ( AFP / Sajjad HUSSAIN)

A graphic video of two people attacking a man with weapons has been viewed thousands of times in social media posts that claim it was filmed during a spate of violence against Muslims in the Indian state of Tripura. The claim is false: the video has circulated in news reports since May about an unrelated incident in Bangladesh.

"The Hindutva mob has created terror for the Muslims living in Tripura. More than half a dozen mosques have been destroyed in the last two days!" the Hindi-language tweet reads.

"Attacks on Muslims are not stopping, Muslims are being killed and beaten in every street and neighbourhood. Look at how brutally this poor man has been beaten!"

Hindutva is an ideology propagated by Hindu-hardliner groups that promotes Hindu nationalism and supremacy in India.

AFP has archived the tweet here. Warning, clicking on the link will show the graphic video. 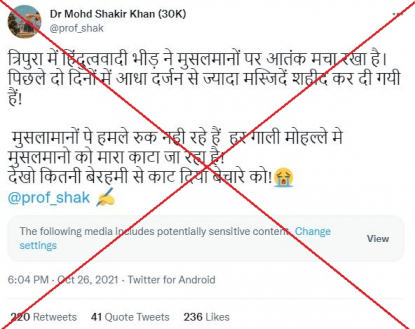 Screenshot of the text in the misleading post, taken on October 29, 2021

At least four mosques were vandalised, while shops and homes owned by Muslims were ransacked on the sidelines of a rally for the right-wing Vishwa Hindu Parishad group.

The attacks were in apparent revenge for deadly violence against Hindus in neighbouring Bangladesh.

The video has been shared alongside a similar claim on Twitter here, here and here; and on Facebook here. Warning, clicking on the links will show the graphic video.

A reverse image search found the video published in news articles from May about a man who was reportedly beaten to death in Bangladesh.

The original video can be seen in media reports about a man who was beaten to death on May 16, 2021, during a dispute in the Bangladeshi capital of Dhaka.

The Daily Star reported that the man -- identified as Shahin Uddin -- was hacked to death by criminals on May 16 in Dhaka's Mirpur area.

Further news reports from Dhaka Tribune and The Daily Star said the man had been killed over a long-standing land dispute.

Following the recent violence in Tripura, local police officials have appealed to the public not to share unverified rumours on social media.