A video and several photos have been shared repeatedly in social media posts that claim they show robots designed to forcibly administer vaccines to humans. But the video and images have been shared in a false context. The footage was previously shared online by a digital effects artist, while the photos have circulated in posts unrelated to vaccines.

"Booster shot robot. If you refuse the vaccine it will shoot you dead immediately. Robot armies have spread across the United States and the world," reads this Korean-language Facebook post on October 20, 2021.

The post shared a video that appears to show a robot injecting a vaccine into a person at his residence.

It also shares a collage of robot photos and a screenshot of an article about robots being armed for military use. 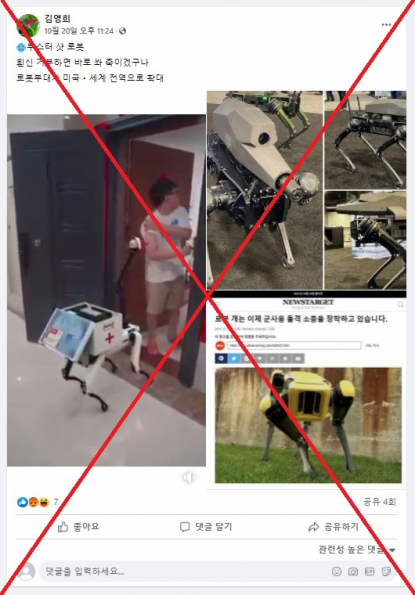 But the video and photos have been shared a false context.

A reverse on Baidu found the video that shows a robot administering a vaccine was earlier shared on the Chinese social media platform QQ on May 30, 2021.

The caption states: "No need to line up anymore, this reduces the need to go out and go to gatherings".

The video was posted by Lin Gao-qing, who describes himself on QQ as "an unknown special effects blogger, [I] shoot whatever I can think of".

Below is a screenshot comparison of the video shared on Facebook (L) and the video posted by Lin (R): 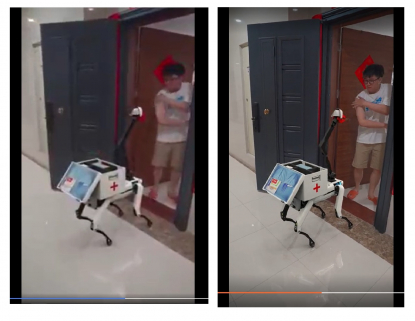 Reverse image searches on Google found the photos shared in the posts correspond to images of robots being tested for military use in the US -- not for vaccination.

The company's website says it manufactures the unmanned rifle installed on top of the robot, the Vision-60 quadruped built by Ghost Robotics.

The screenshot was taken from this article published on a website called Newstarget.

It is about the same military use robots developed by Ghost Robotics and Sword International.

Below are screenshot comparisons of the photos in the false posts (L) and the original reports (R): 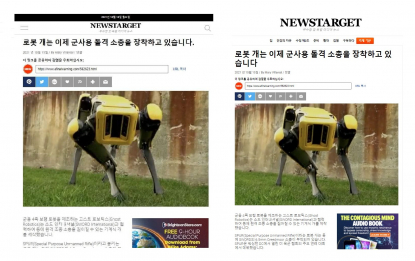