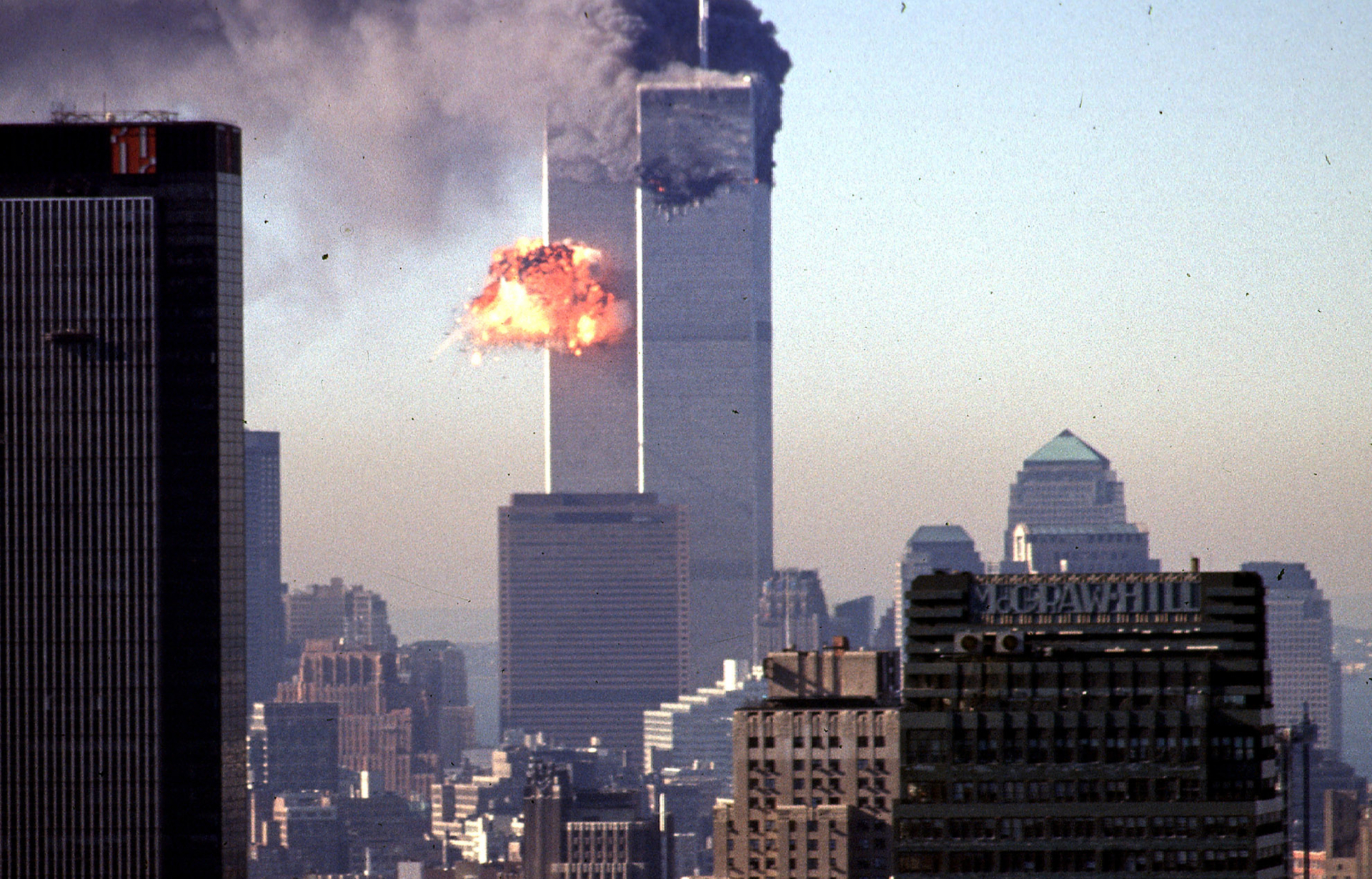 A video that appears to show an explosion with no plane impact at the World Trade Center in New York has been viewed thousands of times in Facebook posts claiming "there were never any planes" in the 9/11 attacks. However, the video has been doctored to remove the plane that crashed into the South Tower. The original footage, taken by a TV journalist, clearly shows Flight 175 hitting the tower.

"They never thought people who filmed the attacks on 9/11 with their JVC handycam would post it to social media years later. There were never any planes, share the heck out of this," reads a Facebook post from September 8.

The post shares a video, which has been viewed more than 12,000 times, showing smoke billowing from the North Tower of the World Trade Center in New York. Suddenly, an explosion rips through the South Tower, although no plane is seen. 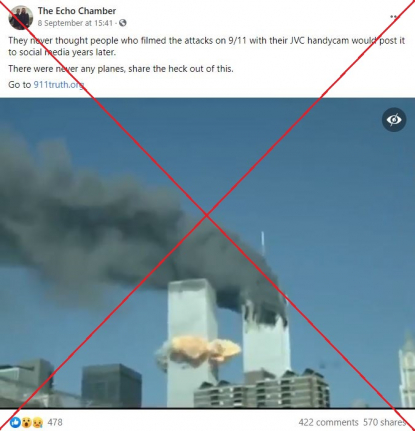 Screenshot of the doctored video shared on Facebook, taken on September 17, 2021

The video was posted days before the 20th anniversary of the September 11 attacks, in which almost 3,000 people were killed.

Two hijacked planes slammed into the World Trade Center and one into the Pentagon in the Al-Qaeda attacks. A fourth plane crashed in a field in Pennsylvania after passengers fought with the hijackers.

The same video was shared in similar Facebook posts here, here and here.

However, the video has been doctored to remove a plane seen in the original footage.

Reverse image searches and keyword searches found the original clip in this video posted to YouTube. The footage is credited to photojournalist Keith Lopez from WPIX-TV, a New York-based channel that has since changed its name to PIX11.

The video clearly shows a plane hitting the South Tower. Lopez's video corresponds to the footage circulating in social media posts, with the same angle of the towers shown and birds flying away after the explosion.

Lopez said he took the original footage and was shocked that it had been misused.

"I am appalled that people would do this. While it's an impressive editing job, to be able to blatantly lie for no apparent reason than to get more likes or more followers is fantastically low on the human scale of dignity," he told AFP.

According to this PIX11 feature video, Lopez had been assigned to cover the Manhattan Democratic Mayoral primary with reporter Pauline Liu on the day of the attacks.

"That morning, while on his way to Lower Manhattan, he recorded live footage of Flight 175 striking the South Tower," the video explains.

"I just remember finally getting the chance to see where this black smoke was coming from, and then seeing it -- that was a shock because you could see the whole outline of a plane there," Lopez says in the video.

Footage from other news channels also shows the moment Flight 175 hit the South Tower, including this live broadcast from CNN.