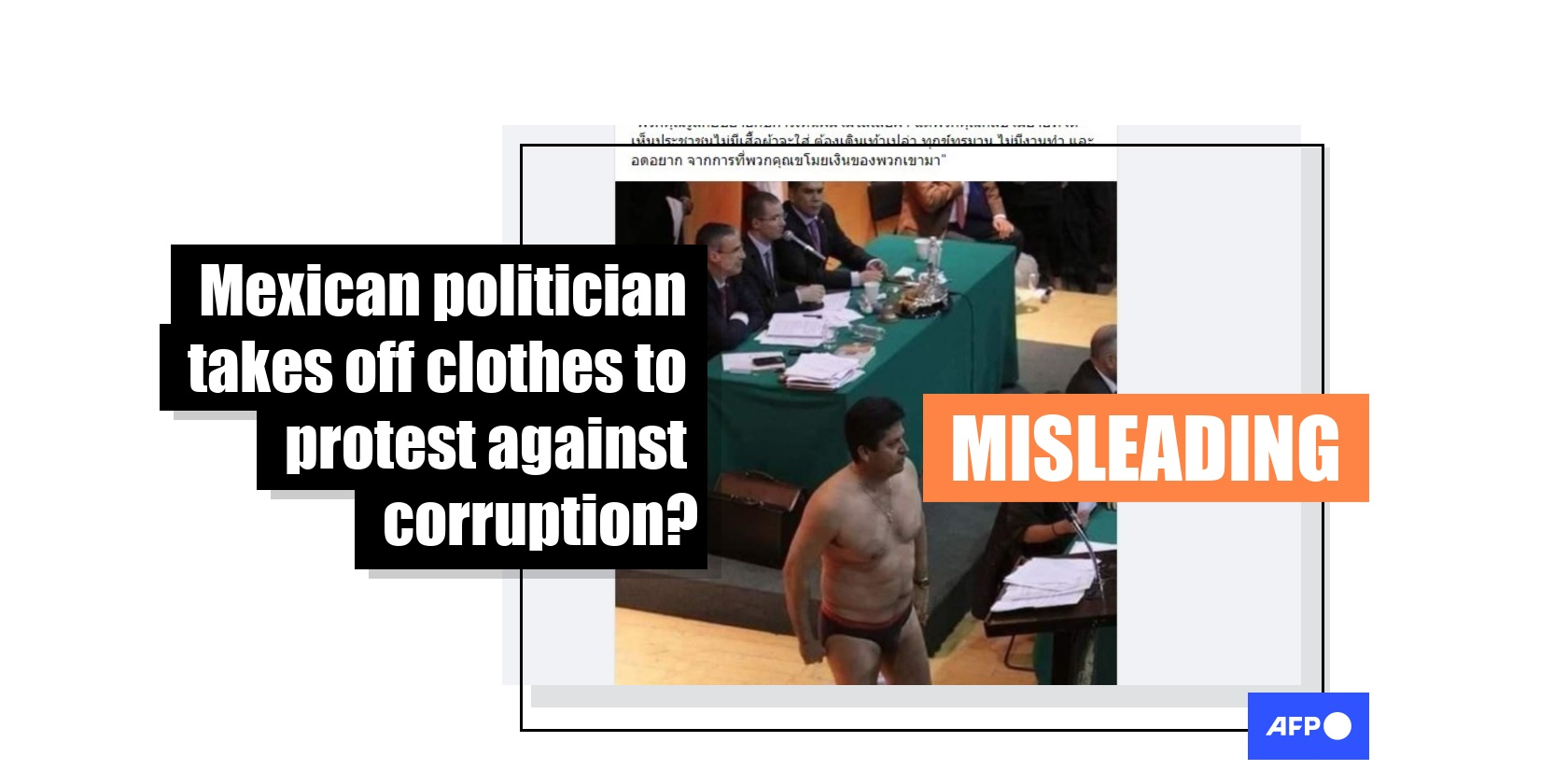 An image has been repeatedly shared on Thai social media posts in September 2021 alongside a claim that it shows a Mexican politician stripping while giving a speech against corruption and poverty. This claim is misleading: the image shows a Mexican parliament member removing his clothes in protest against an energy bill in December 2013, while likening the bill to "stripping the nation". His comments do not contain the purported quote shared in the misleading posts.

The post's Thai-language caption translates to English as: "#. Mexican MP strips during parliamentary meeting and he told the parliament..."

The post then includes a purported quote from the politician.

It reads: "You are ashamed to see me naked, but you are not ashamed to see your people in the streets without clothes to wear, barefooted, desperate, jobless and starving from the fact that you stole money from them." 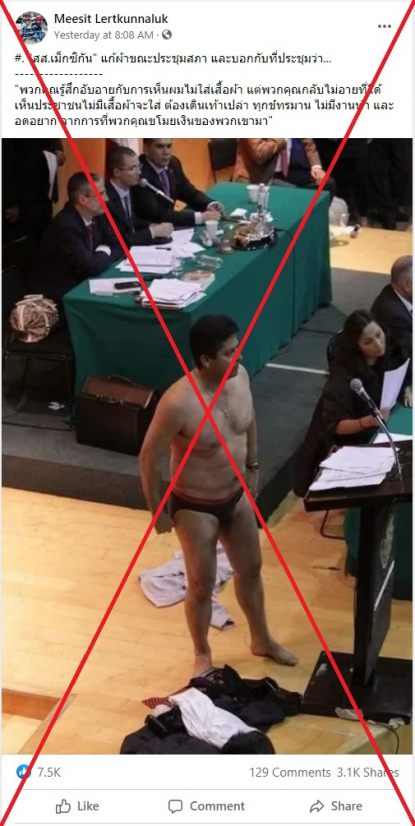 Comments on the post suggested some people believed this was a direct quote from the Mexican politician.

One of the comments reads: "How many people will put the public before themselves, life is sad".

Another user commented: "MPs like this don't exist in Thailand".

The same image has been shared alongside the purported quote on Facebook in September 2021 here, here, and here; and in 2020 here.

Prayut was criticised over his government's Covid-19 pandemic response and failure to secure an adequate supply of Covid-19 vaccines, AFP reported.

However, this claim is misleading.

The image shows the current Mexican senator Antonio García Conejo after he removed his clothes to protest against a piece of energy legislation in 2013.

Garcia -- who was a congressman at the time -- did not make the purported comments during his protest.

A reverse image search found a similar image published on December 13, 2013, in this BBC report.

The image's caption reads: "MP Antonio Garcia took off his clothes in Congress to denounce the stripping of Mexico's oil wealth".

Garcia was quoted as saying: “This is how you're stripping the nation. Where is the benefit? I'm not ashamed, what you're doing is a shame!” 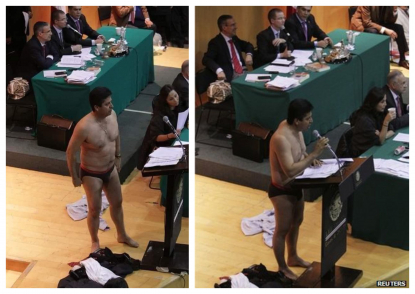 A separate keyword search on YouTube found this December 12, 2013 video uploaded by the verified account of the Chamber of Deputies of Mexico.

The video shows Garcia's entire speech against the Energy Reform bill. In the video clip, Garcia begins to remove his clothes at the 11-minute 35-second mark.

Both the BBC and ABC News quoted Garcia claiming the energy bill was equivalent to "the stripping of the nation."

A Spanish-speaking AFP journalist confirmed he did not make the purported comments in the misleading posts.

"They did so with Ferrocarriles de México. Yes, I only have this left. They won’t dispossess me of this, they won’t be able. I am not ashamed, you also have a body."