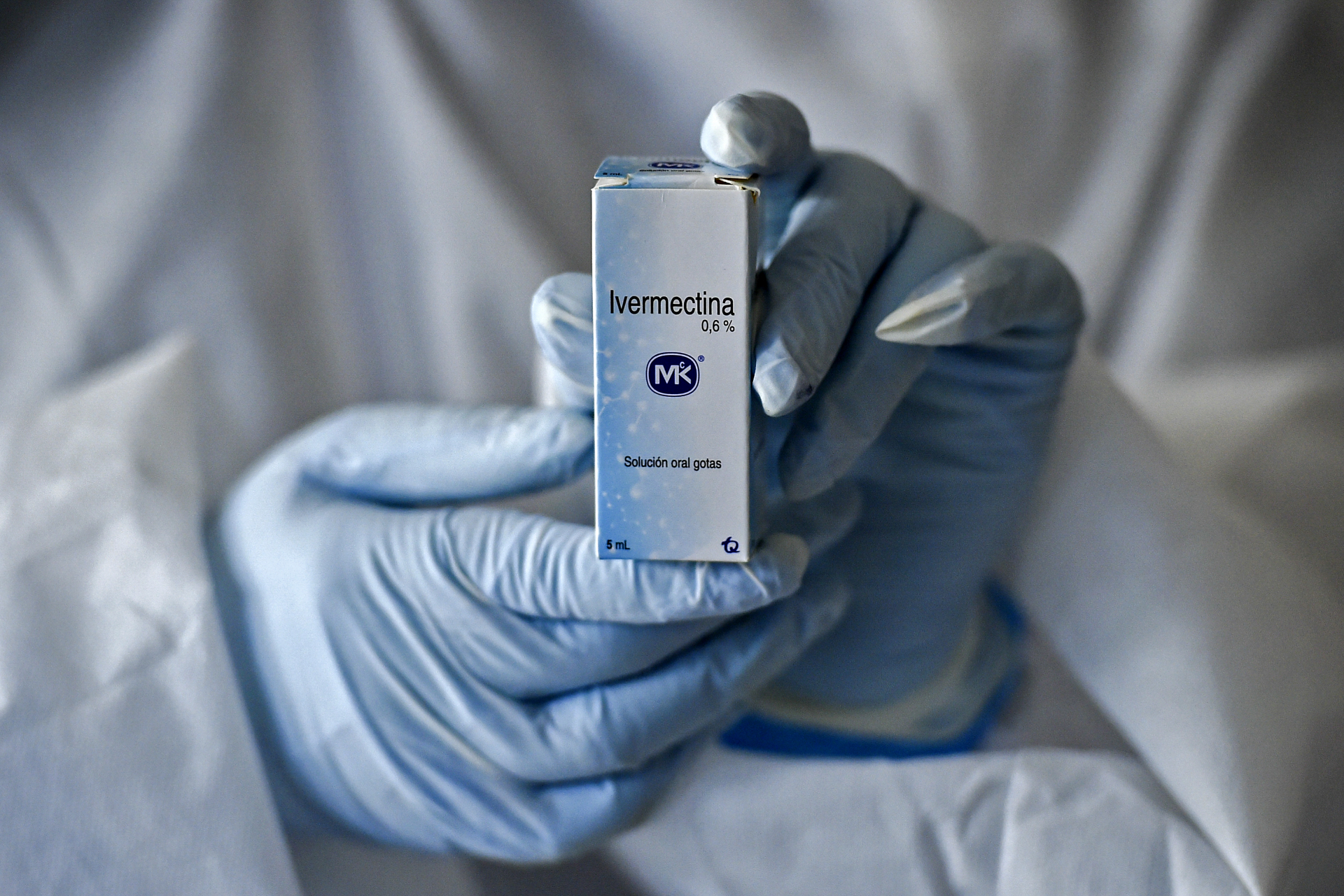 Japan has not approved ivermectin as Covid-19 treatment

Social media posts suggest that Japan's government recommends using antiparasitic drug ivermectin to treat Covid-19, citing remarks by the chairman of the Tokyo Medical Association. But he is not a government official, and while clinical trials are ongoing, the Japanese government has to this day not approved ivermectin for that use.

"Tokyo's Medical Assoc. Chairman holds live press conference recommending #ivermectin to all doctors, for all Covid patients. Japan's government is one of the most conservative and cautious in the world. Data is clear. Huge news," says an August 22, 2021 tweet featuring a video of association chairman Haruo Ozaki. 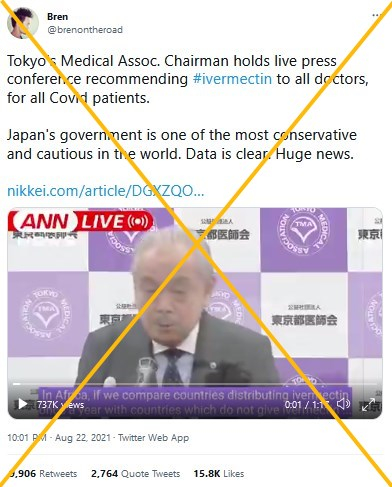 The claim has also been shared on social media in North America, and accompanies a YouTube video that has been watched tens of thousands of times. Online articles also say that ivermectin was approved as a Covid-19 treatment in Japan.

The claims are circulating online during a spike in health problems caused by people ingesting veterinary ivermectin in the mistaken belief that it will protect them against Covid-19 or treat the deadly disease.

In the video included in the tweet, Tokyo Medical Association's chairman Haruo Ozaki compares the number of Covid-19 cases and mortality rate in African countries that distributed ivermectin once a year for its anti-parasitic properties to those that did not.

"I believe the difference is clear. Of course, one cannot conclude that ivermectin is effective on the basis of these figures, but when we have all these elements, we cannot say that ivermectin is absolutely not effective, at least not me," he says.

"We can do other studies to confirm its efficacy, but we are in a crisis situation. With regards to the use of ivermectin, it is obviously necessary to obtain the informed consent of the patients, and I think we're in a situation where we can afford to give them this treatment," Ozaki adds.

Contacted by AFP, the Tokyo Medical Association declined to comment.

The official guidance for doctors from the Japanese Ministry of Health states that "compared to standard treatment and placebo, ivermectin did not reduce deaths, shorten the hospitalization period and improve time of virus disappearance."

Japan's Health Minister Norihisa Tamura said that it is necessary to wait for the proof of the effectiveness of the drug before making any change to the guidance.

On August 4, Tamura met with the health and labour committee of the Lower House of parliament. He told a lawmaker who asked about ivermectin: "If the evidence is clearly established, we can say something," but clinical trials are still underway.

A physician-led clinical study by Japan's Kitasato University on ivermectin as a Covid-19 treatment is ongoing, but public broadcaster NHK reported on August 23 that it struggled to recruit participants.

The protocol of a Phase 3 clinical trial on ivermectin led by Japanese drug maker Kowa was also revealed on September 16.

Not approved in US or Canada

While claims of Japanese approval for ivermectin have spread among North American social media users, the drug has not been approved as a treatment for Covid-19 in the United States or Canada.

A recent spike in ivermectin prescriptions prompted the US Centers for Diseases Control and Prevention (CDC) to release a statement warning of the potential harmful effects of the drug if misused.

The CDC observed an increase in severe illnesses due to people self-medicating for Covid-19 with veterinary ivermectin.

The US Food and Drug Administration (FDA) also warned on August 31 that "poison control centers across the US are seeing a sharp spike in reports of people suffering adverse health effects after taking animal ivermectin."

A spokesperson for the federal agency told AFP in a statement on September 3 that "currently, FDA has not authorized or approved ivermectin for use in preventing or treating Covid-19 in humans. To date, published clinical trials have shown mixed results."

Similarly, Health Canada released a notice on August 31 warning people against using ivermectin as a treatment for Covid-19.

"Health Canada has received concerning reports of the use of veterinary ivermectin to prevent or treat Covid-19. Canadians should never consume health products intended for animals because of the potential serious health dangers posed by them," it said in the statement.

While advising Canadians not to use either the veterinary or human drug versions of ivermectin to prevent or treat Covid-19, Health Canada added that "there is no evidence that ivermectin in either formulation is safe or effective when used for those purposes."