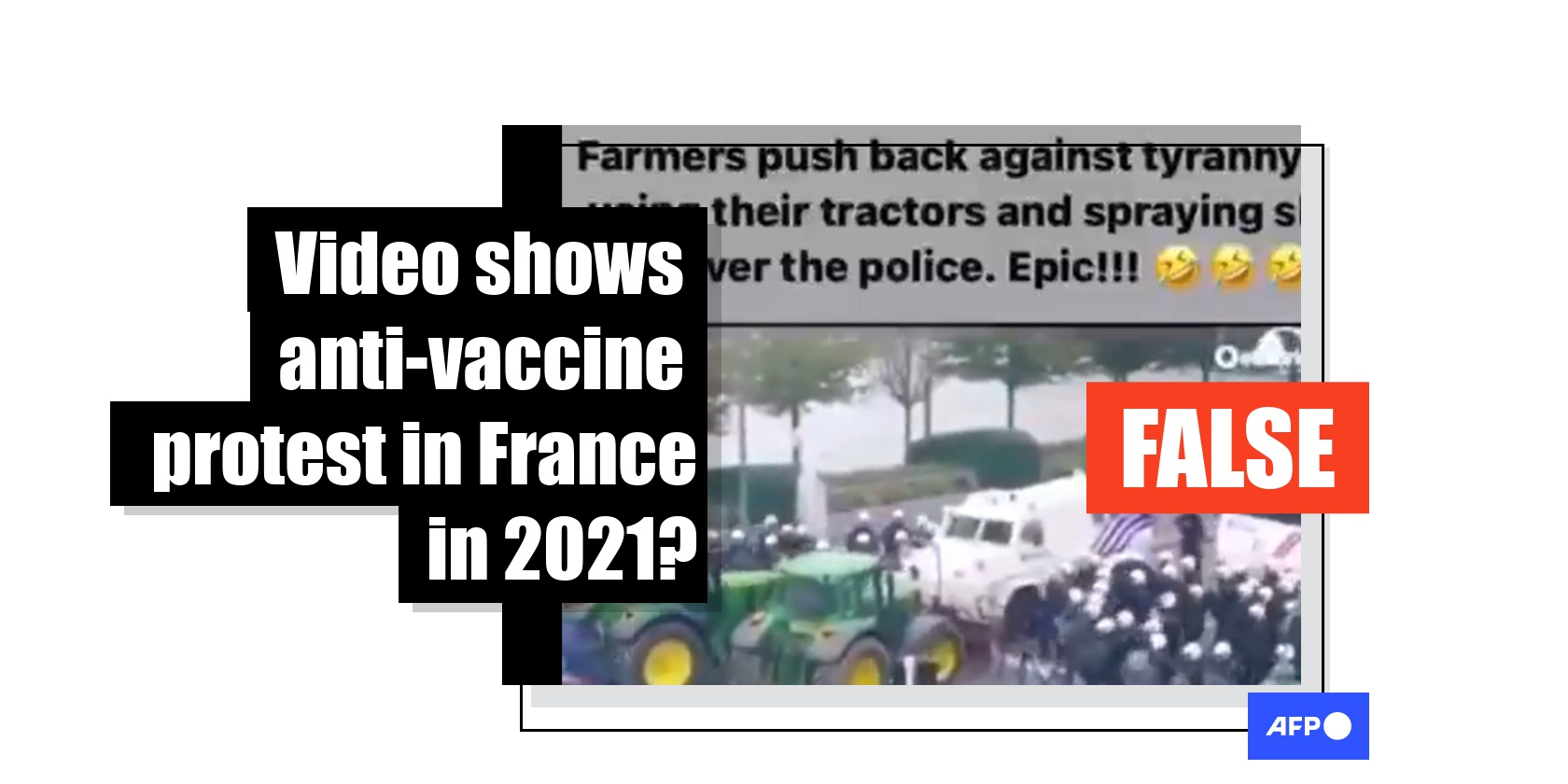 This video shows a farmers' protest in Brussels in 2015

A video has been viewed tens of thousands of times on Facebook, Twitter and Telegram alongside a claim it shows an anti-vaccine protest in France in August 2021. The claim is false: the video in fact shows a protest in Brussels in 2015.

The post's Korean-language caption translates to English as: "In France. French farmers are currently trying their best to fight against fascist, illegal and corrupt government-backed vaccines to secure freedom for the French public and people around the world. We are going to continue to resist. We're going to push out fascists, including pharmacists". 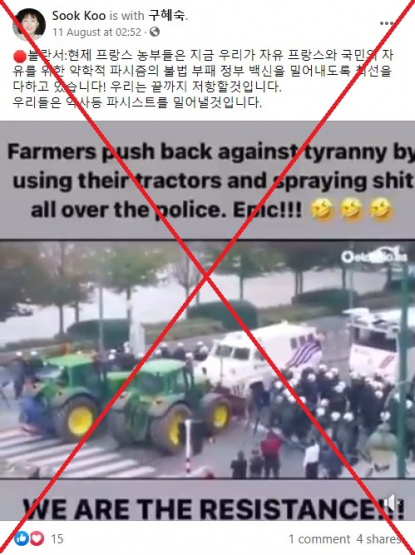 The video shows what appears to be a protest involving tractors and police water cannons.

The superimposed English text reads: "Farmers push back against tyranny by using their tractors and spraying shit all over the police. Epic!!! WE ARE THE RESISTANCE".

The clip circulated online after France's parliament voted to make vaccine passports a key part of daily life in the battle against Covid-19. The move has sparked large protests, AFP reported.

The video was shared alongside a similar claim here on Facebook; here on Telegram; and here and here on Twitter.

A screenshot of the video was shared on Facebook in the US and Brazil alongside a similar claim.

A reverse image search on Google found a screenshot of the footage in this report published by Irish news site TheJournal.ie. on September 7, 2015.

The report reads in part: "Earlier today, water cannons were used and riot police were deployed as bales of hay were set on fire as farmers protested in Brussels.

"Up to 6,000 farmers from all parts of Europe, including Ireland, took part in the protest, claiming that their livelihoods are at risk by below-cost selling from retailers."

The video was published by Jacobo de Regoyos, a journalist at Spanish radio station Onda Cero on September 7, 2015.

The video's caption reads: "A friend has passed on this video to Brussels correspondents about the farmers' demonstration today in the EU capital."

AFP also reported on the same protest here on September 8, 2015.

"The protest involved what police said was up to 7,000 farmers, who blocked streets in Brussels with hundreds of tractors and massed outside the heavily-guarded European Union headquarters where the talks took place."