This video shows a Brazilian teen arrested for dangerous driving

A video of a police officer tackling a motorcyclist to the ground has been viewed thousands of times in social media posts claiming it shows the arrest of a "terrorist" in Srinagar, India. The claim is false; the footage actually shows police arresting a 17-year-old boy in Parana, Brazil. Local media reported that he was charged with various driving offences and did not say the case was treated as terrorism.

The video -- viewed more than 120,000 times -- shows a police van chasing a motorcyclist. The bike crashes before an officer runs out and pins the driver to the ground. 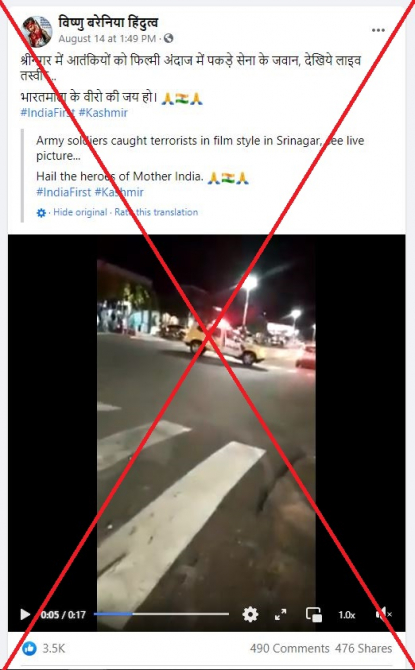 A reverse image search using the InVID WeVerify tool found the same video in news reports about a minor arrested on August 1 in Pérola in Brazil's southern Paraná state.

Brazilian site G1 reported that police attempted to stop the 17-year-old boy for "suspicious activity" before he fled.

Local police told AFP the boy "travelled several lanes in the opposite direction" and "collided with the bumper of the police's vehicle" before he was detained.

Below is a screenshot comparison of the video in misleading social media posts (left) and in a report about the 17-year old arrested in Brazil (right). 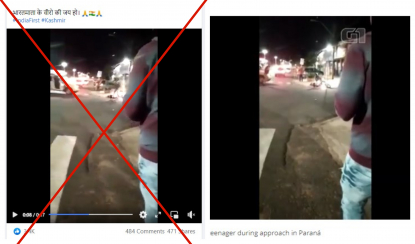 AFP did not find any reports in reputable news media about an individual arrested on terrorism charges in Srinagar.