A video purporting to show a North Korean news anchor announcing the country had achieved all-out success in fighting Covid-19 by executing a patient has been viewed tens of thousands of times on social media posts. The video is likely satirical: the Chinese subtitles in the video do not match the anchor's actual speech. The news anchor is announcing the launch of a rocket, and the video has circulated online since at least December 2012. 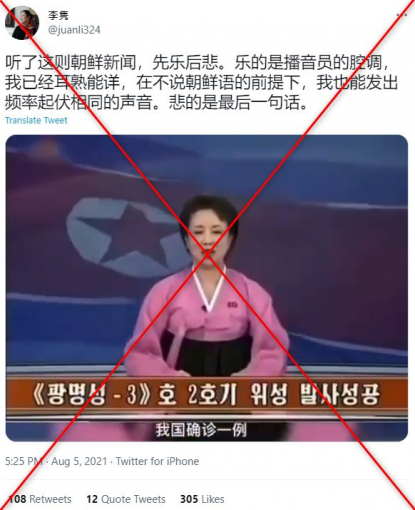 The post's caption, written in simplified Chinese, reads: "After listening to this North Korean news, I have a mixed feeling of happiness and sadness. What I liked was the tone of the announcer, which I am already familiar with. Without the need to speak Korean, I can also make sounds with the same intonations. But the sad thing is the last sentence."

The simplified Chinese subtitles on the video read: "The Labour Party has brought great news. As the Covid-19 pandemic spreads all over the world, our country has diagnosed one case, and executed one case, achieving an all-out victory in anti-epidemic measures."

Comments on the misleading video from some Twitter users indicated they believe the video is genuine.

"Find one case, kill one case," one user tweeted.

Another commented: "really executed that person".

A screenshot of a selection of comments under the misleading video. ( AFP)

The claim, however, is likely satire: the subtitles in the video are mistranslated.

The presenter actually says in Korean: “The second version of satellite Kwangmyongsong-3 successfully lifted off from the Sohae Space Centre in Cholsan County, North Pyongan Province by carrier rocket Unha-3 on December 12.”

The Korean text on the orange banner reads: "Succeeded in launching the 'Kwangmyongsong-3' no.2 satellite".

AFP reported the launch of a rocket here on December 12, 2012, mentioning a "triumphant special broadcast on state television".

A reverse image search on Google found a similar image of the presenter with the same Korean texts in the orange banner in a Chinese state media news report on the launch. 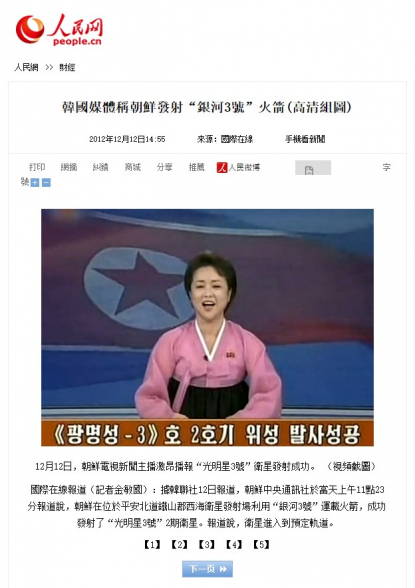 A follow-up keyword search on Google found the same video published here on YouTube on December 12, 2012, which predates the Covid-19 pandemic.

Below is a screenshot comparison of the misleading video (L) and the 2012 YouTube video (R):

A screenshot comparison of the misleading video (L) and the Youtube video (R). ( AFP)